Getting From Here To Restoration Of Western Civilization 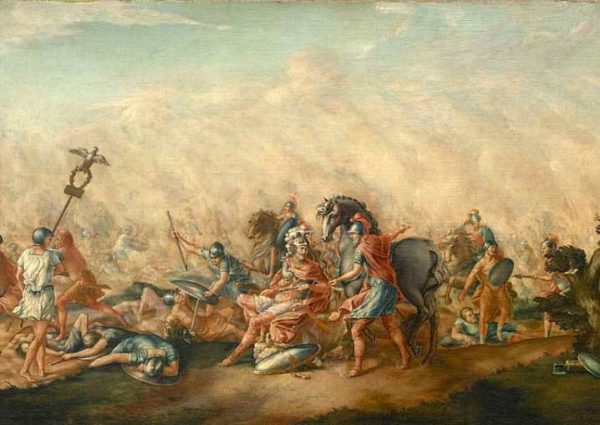 At some point, every person who thinks about politics reaches the next level and directs their musings toward the question of civilization. For those of us who realize how degraded the modern time has been, this leads to questions of effective restoration, maintenance once it is restored, and how much of our comfortable modern world we must give up in order to have a real society.

These thoughts bring us back to the divide between Athens and Sparta. Athens opted for relaxed and accepting society, where Sparta attempted to create meritocratic natural selection through a militaristic culture. Neither endured. The former imploded, where the latter faded away because it was too intense to exist.

We wonder how strict of a standard is required for there to be civilization in a longer term than two hundred years. Must we tow a specific line of belief in all that we do? That would probably lead to something no one wants to live under, a certain roboticism. A society that is civilized is well ordered, but order should not be confused with a strict regimental lifestyle. More it should be concerned with having harmony with nature, and would be focused less on rules and more on goals that unite its people toward a transcendental purpose.

In one of those twists of logic between cause and effect that resemble irony, strict regimental lifestyles have a cause: the freedom obsessives. It starts with early liberal thought that is best represented today by libertarianism. Because we are aiming for freedom, we disappoint ourselves when freedom does not create good outcomes for everyone. Our focus on freedom is a focus on a method, with no end in mind; it seeks freedom for the sake of itself. That replaces goals and purpose, which encourages the “free” people to each go on a path unrelated to any others, as if designed as an antithesis to cooperation and collaboration. This social disunity creates disorder which leads to chaos, and in order to achieve baseline functionality again, the civilization evolves into a strict regimental society like the Soviet Union, or the warlords who rule third world societies with iron fists.

When we instead turn our minds toward thinking of the end result first, the idea of “I want to live in a free society” — an arbitrary notion which cannot be adequately articulated — makes far less sense. “I want to live free” translates to “I don’t want restrictions on my behavior” and shows us the anarchy hiding behind this social pacifism. It is the opposite of being civilized. Being civilized is a mode of being that has purpose, being free is saying you don’t want to be have anything required of you. Since purpose imposes standards, and those impose an obligation to meet those standards, freedom is the opposite of purpose and the doom of civilization.

Freedom in the short term is a sort of reward for achieving a well ordered society. “We’ve done well, streets are clean. Everyone is well behaved. I guess we can do what we want now.” Then generations later the charlatans will say “this is what created civilization” but really, this is what came of it and then ended it. They will say “we weren’t quite at the pinnacle of civilization until we allowed everyone unrestricted access to life liberty and pursuit of happiness.”

This misses the point of civilization, which is to achieve something for the organic whole, which is the sum of a group of people and the purpose and values they live by, and to maintain a harmony with the natural order. When we allowed unrestricted access to the masses, we quickly fell into decline. Perhaps we can say in a sense, “it was the most prosperous period of our history,” but would it be fair to say it was good? I think not. Good is when balance and order is maintained, and we do right by nature by keeping ourselves responsible and good stewardsÂ  of our natural surroundings. We should be revering the things that occur in nature, great art, and architecture. These things give us life, beauty, truth and goodness.

We might confuse ourselves when we think of the industrial revolution, because we had rapidly improved our technological innovations, and as we allowed the market to flourish, it grew rapidly, and lots of individuals who were poor became wealthy. Wealth switched from an honor granted to people who did great deeds for king and country to a a profit for people who pleased the masses, and because there were more of them, we thought, oh, more people are successful, so we are more prosperous. In fact, we just lowered standards and increased quantity as a result, which proportionately decreased quality.

We became more free, thus we became less restricted in what we could achieve, but most of us should have remained enslaved, because clearly we have squandered it all. When we allow the undifferentiated as much freedom (and don’t get me wrong, no ruler is free either, he is also bound by responsibilities) as a king, we are saying that all of us are equal in our endowments. This gives the undifferentiated more pride than he knows what to do with, and more freedom than he can handle. Some of us are naturally capable leaders and thus do not falter even when lots of wealth is given to us, and others when even a small amount of wealth is given is corrupted by it.

We rewarded our ancestors by granting freedoms to our lessers, who granted freedoms to their lessers and so on. We took the long and painful struggle of implementing intricate design in our civilization, and we turned it upside down. We decided that wealth was not determined by what you do for society, in maintaining social order, but how good a salesman you are. Can you sell your product to the most people for the highest price? Well then, you are worthy of high praise, and respect, and we shall kneel to you. Did you receive a high quantity of warm bodies writing your name on a ballet paper? You, sir, are right honorable and worthy of respect!

This shows us that when the axis tips too much toward Athens, it fails just as much as pitching toward Sparta. Libertarianism/classical liberalism is the most moderately Left-wing position to have, but like everything that is not full Right-wing, it inevitably leads to Communism which is ironically enough, the most regimentally strict form of civilization achievable, but it also has no purpose. It needed civilization to leech off of to get to the point where Communism can exist. All leftism is parasitism. It opposes social order, but like all things eternal, social order has to come eventually, but for the left, it’s not till almost everything is destroyed that they realize they need less freedom to restore some of the things they took for granted.

In order to restore order, then, we need less “freedom” and not more. Specifically, instead of going full Sparta and trying to regulate people, or going full Athens as libertarians and the Left would have us do, we need a middle path where people face the consequences of their actions. This requires abolishing all of the social safety nets that they have put in place, all of the regulations that create do-nothing jobs, and shattering — like the NFL, Target and Twitter have been negatively affected — their business model by depriving them of a consumer base. This requires us to understand that we are breaking away from a mentality and a way of life.

There are some who thrive in modernity. They are slaves to the immediate, slaves to their short sighted ideals, slaves to their conveniences. They are the city dwellers, those who hang out in your local shopping mall, always spending money on useless junk, rather than saving for the future, but they are also socialites, extroverted, and thus they a good at getting people to like them. So they probably have more friends than you, and some of their friends might give them good jobs, thus social status that you will have a harder time achieving, unless you can become as debased and fake as them. Those of us more concerned with reality, and being good, can never achieve their status by using their methods unless we go against our nature.

Our defense against them consists of thinking long term, staying consistent, and knowing our place in the social order, and eventually when we allow them to suffer at the hands of themselves, sending them away because they need a different type of civilization. We want the virtues of Sparta through the methods of Athens, not the virtues of Athens through the methods of Sparta as Leftism prescribes. The best way to do this is to reward the good and banish the bad, and we can start right now by mentally breaking away from the modern outlook and values system.