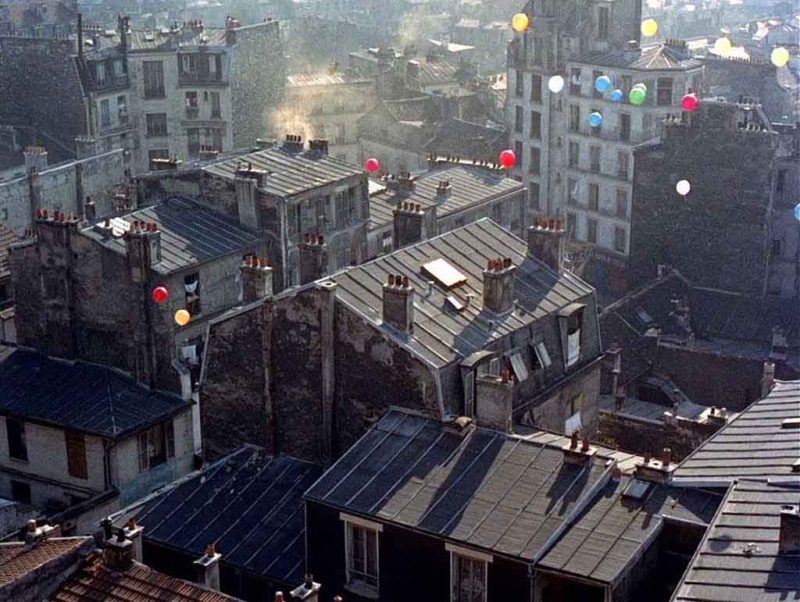 My father was twenty-six when I, the eldest child, was born.  I am now in my mid thirties and I am childless and unmarried.  I share this distinction with many other men and women my age.  Age of first marriage is up, as is the average age of the parents when the first child is born.  Home ownership for those of my age cohort is down.  Our earnings future looks abysmal.

I could go on and on about other rates of this or that (everything from debt to possession of a driver’s license), but the picture is clear, or at least should be, to anyone with eyes and a willingness to use them; things are quite bad for people born after, oh, let’s say, 1981.  But don’t take my word for it. 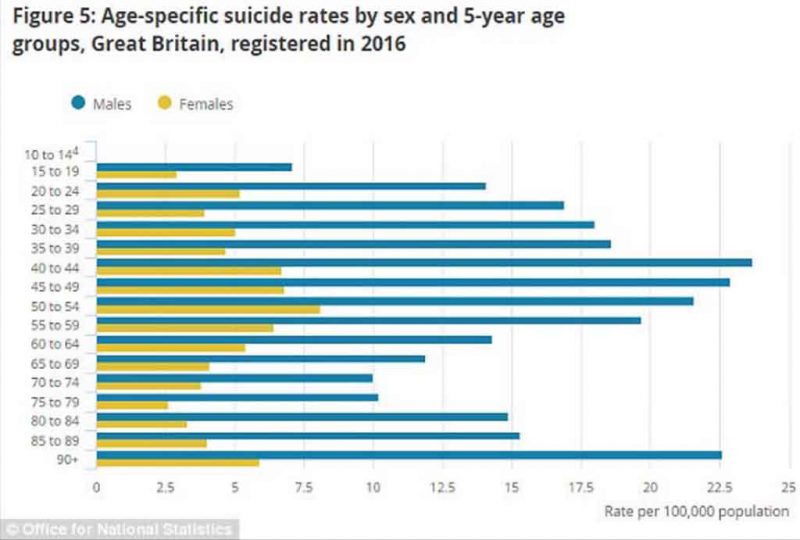 There are several reasons for why this is, and the total list of them would likely be beyond the capacity of any one person to fully internalize.  Among other things, immigration has driven wages down, colleges are largely turning out dunces, and atomization is such that there are precious few, if any, bonds to catch you if you fall.

Whatever the cause, and whatever the degree, it has resulted in a large portion of the young, male, and mostly white population with nothing left to lose.  Some of these men joined the military, only to be ground down, humiliated, and (frequently literally) spit on by their social betters.  They returned to a world who would, in a schizophrenic manner, praise them for their “service” and then call them white trash.

Some of these men, along with their ex-military cohort, now are going down divergent paths.  Some turn to opiates, killing themselves in slow motion, although it must be said that faster means of suicide are also disturbingly common among us.  What little attention is paid to this epidemic, at least by the mainstream media, is usually accompanied with much tut-tutting about pulling one’s self up by the bootstraps, that it doesn’t really exist, that the response (what response?) has been better than past drug epidemics because this is a mostly white problem, or that this is happening but it is “deserved” for being poor, white, male, or a combination of all.  You could pull a tirade from the height of the AIDS epidemic in the 80s and early 90s and replace “AIDS” with “opiates” and “they don’t care about us because we’re gay” with “they don’t care about us because we’re white” and the message would not change one bit.  It’s convenient to ignore populations you despise.  For some, it’s even fun.

Less well understood, but no less insidious, forms of addiction function as a means of placating this mass, such as pornography and video games.  The plan of the elites, if it could even be called that, seems to be: don’t think about how you can’t really form a family even if you had the stability to do so.  Don’t think about how you will never be able to retire.  Don’t think about anything and everything going on around you.  You have instant access to any and all kinds of depravity and degeneracy, at broadband speeds.  When you tire of that, sit and play video games alone in your tiny apartment until you tire of those.  Then go back to the porn.  Then repeat.

Among men my age, and it is almost exclusively men who do this, a niche but growing pastime is drifting.  Drifting is a cultural import from Japan, another country whose young men are going through similar circumstances, but see it manifesting in different ways than in the Middle East (Human Biodiversity in action!).  In short, you get a relatively lightweight, rear-wheel-drive, and almost always manually shifted car, and you get the back end to kick out and you slide your way through a corner, under control, creating a lot of smoke and noise in the process.  This is done in largely junky Japanese coupes of the 80s and 90s worth about $1,000.  At least at the grassroots level.

Young men, spending whatever little money they have on trashing cars most Clinton voters would call their HOA if they saw in their gated communities.  With bombastic nihilism.  Just to get some of that tension out.  What can this phenomenon tell us about the state of things?

I can’t forget about the women in this time, as their suffering is somewhat unique.  While they have better prospects on all other fronts, I have seen and heard this from effectively all the female friends I have: they can’t find a man.  And in some sense, I can’t blame them.  Who would want to date the soy-fed, simultaneously sickly-skinny yet flabbily fat, patchy bearded, uptalking, effeminate, neurotic, spineless men that comprise the “successful” among us?

We are the result of the Leftist “plan” unleashed in the 1960s. Much like the Cloward-Piven strategy, the Left makes a plan with a Grand Canyon sized logic leap in it, and has no backup in case it fails.  After all, how could it?  They came up with it themselves, and they’re the smartest people in the world. As it turns out, not all of us are content to take our pills, watch our porn, play our video games, and die quietly as our country is flooded with ingrates whom we share no culture, heritage, ancestry, aesthetics, or really anything else with. This has provoked a backlash that has the Left worried.

Having no plan B, the Left is scrambling.  Now, so much as merely making statements on social media that echo President Donald Trump is a risk to our livelihoods.  This is a desperate overreaction destined to have terrible downstream consequences.  If you are doxxed online, or at a real-life rally, no matter how anodyne what you are saying or doing is, you can look forward to having your life ruined in ways you could not even imagine. You will lose whatever meager job you have. You will lose your friends and family.  This is their best attempt at silencing us. Truly.

Intentionally creating a large cohort of men without families, jobs, and hope for a better future, all the while giving them a clear idea of who the enemy is because you can’t stop gloating about it, is not a smart move.  Collective anger is the result.  Doubling down and telling them their anger is illegitimate is also the wrong move.  A blue-checkmark millionaire on Twitter mocking a service industry employee getting fired for daring to exercise his right to free assembly.  The Left is unable or unwilling to see they are the Brahmin throwing acid in the face of the Dalit.

One can look at other societies that have large, disaffected young male populations.  Although for largely different reasons, the Islamic world has such a social arrangement.  The French anthropologist Pascal Menoret, whom would disavow every word of this article I am sure and be disgusted that I even cited him, has a rather interesting book called Joyriding in Riyadh.  Of course being written by a Leftist, it ignores certain things, glosses over others, and scolds you for even things of yet others, in it he describes the delinquent culture of joyriding, male-on-male sex, homosocial male bonding groups (both religious and not), and other such manifestations of what is known as tufush.  What is tufush? In Menoret’’s own words:

Rather than a psychological void on ennui, tufush suggested a feeling of social impotence that overwhelmed ordinary Saudis when they recognized the incommensurable distance between the economic opportunities of Riyadh and their own condition of unemployment or low income, broken families, and poor housing.

…Being tufushan meant to be confronted with the thickness of time, with impossibility as materialized in emptiness, boredom, and desperation […] It was the sense of worthlessness that gripped you when you had lived long enough in the capital to have had your efforts and aspirations repeatedly rebuffed […] Tufushan, or the awareness of social inadequacy, was a revolutionary sentiment.

It is on that last segment I would like to cite this excerpt from an interview he conducted with a young Saudi identifying himself as Nawwaf:

Menoret: And this boldness, this self-confidence, where did that come from?

Far from being a state of resignation, being tufushan was a place of action:

…This sensation of social impotence was not an incapacitating feeling, however, and the realization of being socially expendable was actually a liberating experience.

…Tufush was the reckless laughter of one who cares for no one and nothing.

…Tufush was the last burst of the drowning man, a way to express one’s ultimate detachment and humor while risking being swallowed up and overcome.

Sound familiar?  Of course, not all of this is manifested in relatively harmless things such as joyriding; Islamic holy terror is quite common all over the Middle East.  Conditions aren’t as bad in the West, yet.  What will happen when they are?  Non-rhetorically, are we starting to see them?

I remain hopeful for the future.  I do not despair.  I believe, with every fiber of my being that the West will overcome.  My mind is troubled though by what that will take.  Certainly violence is in the cards.  Though I do not wish nor call for violence, my personal desire to avoid it is ultimately meaningless.  It will happen regardless of my desires.

I’ll close with this quote from Sam Hyde, a young man who had his show canceled from Adult Swim for having the wrong opinions: “When we win, do not forget that these people want you broke, dead, your kids raped and brainwashed, and they think it’s funny.”