Two of my personal favorite blogs, The Thinking Housewife and The Spearhead, hit on the same idea this week. What is exceptional is that they approach it from opposite angles: traditional Christianity and the Men’s Rights movement. 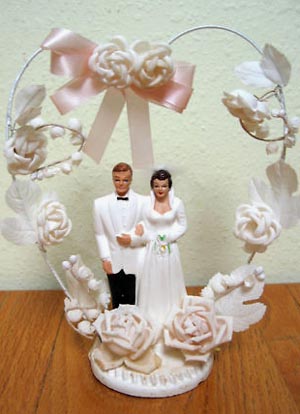 Thanks to Nietzsche, modern people of a certain intelligence and above cannot look at morality without thinking that it is a control mechanism whereby the herd (undifferentiated, unexceptional people) attempt to control the exceptional so that the exceptional do not inconvenience anyone else with their designs of a better society. The unexceptional desire consistency and, as Plato said, their pleasures necessarily coming before any form of long-term thinking. The exceptional want to organize, impose social order, and strive toward goals. The two are incompatible which is why class war is a necessary condition in every society; you might blame the Dunning-Kruger effect, saying that the proles just don’t understand what the exceptional are thinking and so oppose it out of inertia and ignorance.

Laura Wood at The Thinking Housewife does her best to bring our Nietzschean pragmatic logic, a Darwin-inspired form of adaptive behavior, into line with traditional Christian moral thinking, in which the goal is not so much morality relative to other humans, but to a sense of divine order or God (you can believe in this without dualism, if you wish; replace “God” with “nature” or “fractals” or even LSD if you must).

Traditional sex roles have to do with both morality and survival. The two are not mutually exclusive.

Society has changed culturally and materially in the last half century, but one thing is no different. Human nature is the same. Child development has not changed at all. The evolution of mind and body over the course of the first 18 years of the individualâ€™s life follows essentially the same path it has followed for many thousands of years. The basic psychology of male and female also has not changed.

Regardless of what has caused the abandonment of traditional sex roles, there is no question it is harmful to society at large.

From 1976 to 1997, the percent of U.S. mothers with children under 18 who worked full-time and year-round increased from 20 to 42 percent. Between 1970 and 1994, child welfare declined staggeringly. Rates of infant mortality, child abuse, child poverty, teen suicide, high school dropouts, and youth crime all rose by levels that Harvard professor Richard Gill, in his book Posterity Lost, called stunning. That doesnâ€™t mean that in every home where mothers are working, these things exist. It means that on a societal level, the abandonment of traditional sex roles has harmed child welfare dramatically. The number of children unattended at home after school rose from 1.6 million in 1976 to 12 million in 1994. Illegitimacy rates are almost thirty times what they were for whites in 1960. (This figure is affected by the decline in fertility of married women, but it is still astronomically higher without this factor.) Divorce rates since the early 1970s, when no-fault divorce laws were instituted in nearly every state, have skyrocketed too and divorce is proven to have negative consequences for many offspring well into adulthood.

During that same period, the incidence of drug use, sexual experimentation and delinquency among adolescents in affluent families rose significantly, according to Brian Robertson in his book Forced Labor. Studies have shown that these are all more common in homes where parents are absent during the day. School shootings were virtually unknown in the 1950s and 60s. – The Thinking Housewife

How could that be? In gender roles, we have party A (the man) and party B (the woman). When they’re equal, there should be no conflict, we think. But we are only looking at causes, or the actions we take, not their effects. Effects are wider-ranging, starting with the point that we cut out party C — the one we always forget — who is not only non-human, but can be a number of roughly parallel actors: God, divine order, Darwinian order, pragmatism. When you think about it, no sane religious person separates God from nature and thus Darwinism, as these are the mechanism of God, so we can conflate these factors.

Party C may be the most important party. The marriage itself; the purpose of family; the orientation of society toward family. When you remove party C and have party A and B in some kind of conflict, there is no glue to hold them together, so they drift apart and we entirely lose the sense that they work together at all. Family becomes optional. Love becomes convenience. And at first, this sounds like a good thing. Greater individual freedom! No obligations! Do whatever you want, and the sex is free. But — and there’s always a but — the problem is that family is the fundamental unit of our social order, and by sacrificing it, we put A and B into a social situation where they are vulnerable and have no necessary source of help (except government of course, which is of dubious value unless you want to spend the rest of your life a nobody in the ghetto collecting checks).

Here is where W.F. Price chimes in with the missing part of the puzzle. He writes about Laura Ingalls Wilder, of “Little House on the Prairie” fame, who grew up on the frontier, married a good man and then had to watch as he was nearly crippled by a debilitating disease. The couple struggled for the next two decades and were able to finally gain a measure of financial independence, after much hardship, and not only keep their family together but have a reasonable middle class life. Price writes:

For his part, Almanzo was fortunate to have a wife like Laura. But then again, he was far from alone in this blessing. She did what any man of the time would have expected of a wife. Certainly, Almanzo had no intention of falling ill and spiraling into debt in the first few years of marriage, but these things happen, and rather than guilt, he felt more appreciation for the sacrifices his wife made, and as soon as he was able he pulled the family back up from the skids. In the beginning of his marriage, Almanzo â€œfailedâ€ in a many ways. Because they rarely spoke about intimate matters in those days, we can only imagine the frustration and sorrow the young family faced during those hard times. From the evidence, all we can see is that they overcame it together. The young couple must have taken their wedding vows seriously â€” what an odd concept!

Today, despite the huge increase in comfort and prosperity, a young couple like the Wilders in their first few years of marriage would be out of luck. Preachers would be hollering at Almanzo that he â€œisnâ€™t a real manâ€ because his wife has to work to support him (oddly, preachers seem to think telling their female congregants that their husbands are losers will prevent divorce â€” are they stupid, or evil for that?), Lauraâ€™s friends would all be telling her to dump the loser and move on as a single mother, and even her parents might do their best to shove them apart. Laura probably would have divorced Almanzo to live an unfulfilling life as a single mother and schoolteacher, and Almanzo would have a diminished life as a noncustodial parent working lousy jobs just to pay his child support and keep himself fed and clothed â€” heâ€™d certainly have no motivation to do any more. All that potential the couple had would be squandered by the combined onslaught of social conservative and feminist man-blaming, which is really nothing more than social pressure pushing women away from constructive family roles as wives and mothers. And of course, if it all finally turned out to be a big tragedy for the young family, all the righteous types would smirk and say â€œsee, it really is your fault Almanzo, because you are an inferior man, and didnâ€™t deserve Laura.â€ Then they would set about â€œchangingâ€ men to make them better, because something must be wrong with men for this to be such a common occurrence. – The Spearhead

We either stand together or we fall together, as the saying goes. With a family unit, party A and party B have something to fall back on that is stronger than either member. Even more, they have an expected social path into which they can go and thus expect support from the community, because when the family is the granular element in a community, it becomes essential to preserve for all involved. With that kind of invisible Party C in place, the type of social order that groups men and women together to sustain each other, people are less “free” to flake out and bail out — but as a result, they are stronger and can thrive where alone they would have too much going against them.

Through this example, we see how gender roles are not slavery, but a method of adapting to our environment — but since we’re talking about long-term consequences, it’s an “invisible” environment, a party C like social order or God that we cannot see but whose consequences we will feel. Our conventional mythos that gender roles are a method of control makes little sense, since without them, we are better subjects for control by economic forces and government regulation. Could it be that our controllers found an easy way to lure us into something labeled “freedom” that was in fact a form of slavery?

Sexual liberation is a devil’s bargain in that it sounds good, like anything with the words “freedom” and “fun” attached would. However, it doubles the work force, thus halving what any one person can expect in actual value (purchasing power, regardless of dollar amounts). It reduces people to individuals who then have no help and must run their households themselves, which is good for landlords — they won’t be affording homes in most cases, and they won’t have much free time or time to take on that second job and get over a hump. Instead, they are slaves to themselves. And that is the devil’s laughter wherever sexual “liberation” is spoken of.

Spread too thin | The SUV paradox