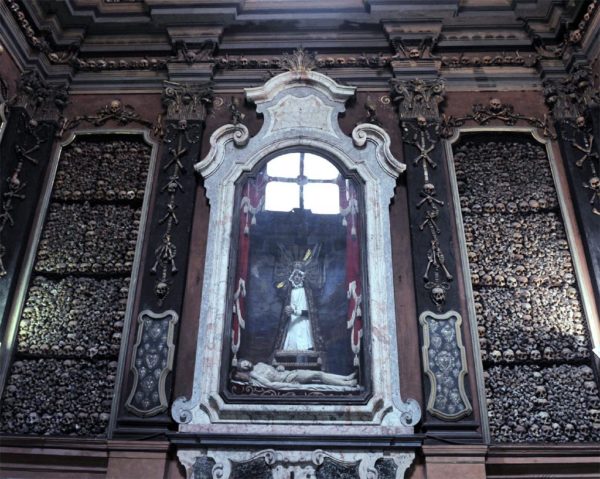 In the introduction to the movie Idiocracy, the camera cuts between a drunken, boorish fool who reproduces wantonly, and the high IQ people who are being “responsible” and working on their education and careers instead of having children.

This seems closer to truth than fiction. Across the West, European-descended people are not reproducing at the rates required to maintain their former population. This is less important for sheer numbers if democracy falls, but on the present course, we are heading toward population replacement by third world peoples who will always vote Leftist.

More importantly, a failure to reproduce indicates something that Nietzsche would have diagnosed as a lack of faith in life itself. Our people have become despairing, and the results are nothing short of suicide:

More white Americans are now dying than being born in a third of U.S. states, according to a study released Tuesday, which shows white deaths outpacing births in a record 17 states stretching from California to Maine.

The study, by the University of New Hampshire, found natural decreases in the white population across 17 states in 2014, including Florida, New Mexico, Pennsylvania and West Virginia, which together comprise 38% of the U.S. population. That’s a big shift from 2004 when only four states had more white deaths than births. The declines, exacerbated by the Great Recession, are largely driven by an aging white population, fewer women of childbearing age, and lower fertility rates overall, according to researchers.

Relying on the football game school of politics, many European leaders have chosen to believe that a multicultural population will produce enough warm bodies to let these nations carry on. For this reason, they are advocating more immigration to solve the population crisis:

The problem many countries face is fewer people are having babies, which immigrants make up for, according to the article.

The United Kingdomâ€™s population is on pace to grow by a quarter by 2050, assuming Brexit wonâ€™t change current migration patterns. The country will then have surpassed Germany as the largest European country.

Of course, a population of foreigners will never be German, only “German nationals,” a polite term for people born in or living in Germany who are not of German heritage.

This news was followed recently by the information that sperm counts among Western men have halved in the last 40 years:

The study, published in the journal Human Reproduction Update by an international team of researchers, drew on 185 studies conducted between 1973 and 2011, involving almost 43,000 men. The team split the data based on whether the men were from western countries — including Australia and New Zealand as well as countries in North America and Europe — or from elsewhere. After accounting for factors including age and how long men had gone without ejaculation, the team found that sperm concentration fell from 99 million per ml in 1973 to 47.1 million per ml in 2011 — a decline of 52.4% — among western men unaware of their fertility. For the same group, total sperm count — the number of sperm in a semen sample — fell by just under 60%.

The question then arises: why is this happening? The answer inevitably comes back to us: because people are miserable. Because their lives consist of function dedicated to themselves or others, but never to anything transcendent, or that which spans life and nature and gives us a reason to live for. Instead, we have only shopping.

We can identify several reasons for the biological decline of European-descended peoples:

We know that the beast we have created, democracy, intends to end us. It has admitted such through its globalist plans to end us and replace us:

When we treat the world as only a material thing, what matters is finding people who can fill roles and indoctrinating them so that they act out these roles. At that point, the inner dimension to these people — heritage, morality, intelligence, spirituality — is sublimated to the binary fact of their obedience to the ideology ruling that civilization. They are a means to an end.

The solution to this frustration, where only those who are soulless win, is to reverse the process. Roll it back. Start with where we are now, and keep removing bad ideas until we get back to a place of sanity. It seems extreme until one considers how extreme the changes of the recent decades have been, and then it seems like simply common sense.

We do not need replacement. Europeans specialize in emerging from small populations into successful ones, once social order is established. We need only faith in ourselves, and a sense of purpose, which is our “racial characteristic,” different than all other races. But for that, we must set aside a sense of frustration.

Frustration arises when the situation is such that, no matter how well one does, the result is the same. In the modern West, no matter how hard we strive, the result will be the same: more egalitarianism benefiting the flailing at the expense of the succeeding, more rules favoring the underdog, and through those, more social decay.

If we are to survive, our future exists in the defiance of the type of social order we have relied on for generations. We cannot trust government, institutions, or even social organizations; all are infected with the illusion of equality. When each falls, it becomes a weapon against us, and the longer we support it, the more we defeat ourselves.

The path of Europeans only opens ahead of us when we stop taking society seriously, and stop worrying about careers and retirement funds, but start living again. Life means doing what is necessary to survive, and recognizing society as a parasite, thus leaving it behind. This will never be popular with the herd, but it is the pathway of our survival.

A Cuckservative Potemkin Village | What Happened to All the Great Science Fiction?