Free speech (for the dumb) 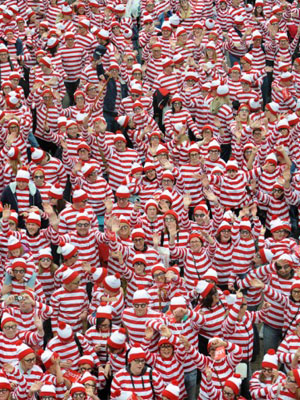 Ask a person in a modern state what makes their country worth living in.

People in these states are layered in propaganda, but not by the government. Usually it comes to them filtered through news media, then through entertainment media, and finally through their social group and the entertainment figures those people emulate.

(Next time someone tells you something witty that Bill Hicks or George Carlin said, think about this. Just because a public figure says they’re an outsider does not guarantee that they are.)

When asked what makes their country worth living in, they will usually reel off all the promises made to them of facilities made available by the government. “We have freedom to do anything, free education, free health care and yes free speech.”

The word free in this case is never defined, but usually the idea is that it is something accessible to everyone and anyone who can produce the right citizenship documents. It is a tautological argument for equality: we are equal because we are free.

It’s the last one mentioned — free speech — that deserves some scrutiny. In the United States, we fight court cases over which art project involving feces is free speech, and which isn’t. The courts invariably side with the artist.

“Free speech” is deliberately misinterpreted by those who wish to use it as a weapon against social standards.

The founding fathers wanted freedom of political speech, meaning that you would be able to express an opinion without being pre-emptively censored. They did not intend for you to be “free” of consequences, or even of punishment. Just that the idea could be heard.

This made speech a weighty thing. If someone expressed an opinion before getting hauled off to jail, it would be seen as a confirmation of that idea’s importance.

People now confuse the objects that violate speech with “defending free speech” itself. By this logic, if you fling feces at a flag you’re “speaking.”

Flinging waste at flags is not speech. Saying “This republic has invalidated itself for the following reasons…” is speech. The former contributes nothing and dumbs down discourse. The latter enhances it.

By reducing all actions to speech and making them permissible, we have cheapened what speech is. Originally, it was a statement made at risk of one’s future for the sake of informing others. Now it is simply acting out like bored teenagers in class.

The most dangerous “free speech” right now is to say “I want social standards.” You don’t even have to specify what kind. The notion itself disturbs the unstable.

After all, standards and “free” are incompatible. As soon as there’s a right way to do things, not everyone can do whatever they want at any time. If what they do clashes with the standard, it will be seen as extraneous.

Those who want free speech to include the telemetry of feces toward flags are afraid of standards. This is why they insist on permissiveness. No matter what they want permission to do, each new permission breaks down standards.

Originally, free speech meant using social standards to uphold values even when not popular. Over only two hundred years, we have reversed this to mean upholding popular notions at the expense of social values.

For this reason, the only dangerous speech now is insisting on standards like culture, heritage, morality and honor. This is what our founding fathers intended us to do when the chattering neurotics of anarchism pound on the door and demand more “free” things.

Not yours | The Art of Intelligence: Lessons from a Life in the CIA’s Clandestine Service by Henry A. Crumpton