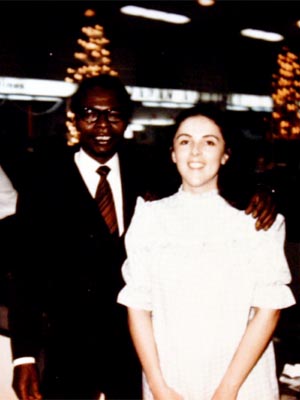 The Obama foreign policy is being debated as being Bush-like, but true to our nitwit journalist caste, that’s short-sighted. In fact, he’s Clinton II.

Clinton was an astute reader of his audience, and he knew they saw lots of Hollywood films. Hollywood films have one message: the people, who are outcasts and not success, rise up against the successful but cruel and/or stupid and bring about a new Utopia. How many movies end with the misunderstood in triumph at the end while the whole cast cheers?

To have a foreign policy that is popular, it’s best to come up with caricatures of successful but cruel. You can make them out of existing figures. Whatever you do, make sure they’re doing something that makes the audience upset (killing babies is a favorite) and that whatever you do involves push-button procedures that involve minimal risk.

Audiences love that: we used our technology to clear out the weeds, clean the pipes and remove dictators. Sending in a few cruise missile is optimum, in that while it costs a boatload of money, none of our people are involved and we’re not entrenched into a situation. So we bombed you… so what.

Clinton campaigned against the New Hitlers in the former Yugoslavia, burned kiddy fiddlers alive in Waco, got in a bit of a snafu in Somalia, but generally made his foreign policy a process of bullying the bullies for public acclaim. Obama’s doing the exact same thing with Gaddafi and bin Laden.

Gaddafi, whether or not he’s a tyrant, has zero to do with the interests of the United States — except of course the oil in his country. While Obama is clearly cynical enough to go after the oil, more likely this is a public relations exercise.

NATO and USA both get to pretend to be heroes and to stir up so much chaos in the middle east that they delay further terrorism by ensuring the terrorists’ homelands are so disorganized that they won’t be able to purchase batteries, much less other bomb-making supplies.

Otherwise, who cares about Gaddafi? He’s abusing his people, they say. To that two salient points emerge in opposition: (a) his people are incompetent for the most part, and need a strongman to keep their country together and (b) incompetents worldwide are being “abused” by governments, corporations, religions and local strongmen who want to organize them into effective working groups or nations.

If they weren’t abused, the incompetents would go back to stealing gasoline by torchlight, planting crops in rock and shooting each other over domestic disputes. Not all dictators are bad; when things get disorganized enough, a strongman at least makes sure everyone eats.

In the case of bin Laden, we have another suspect action which seems to have been picked for its low actual resource commitment. Had we done nothing, bin Laden would have faded into obscurity since our intelligence services seem to capture his people every time they try to act in the USA. He was halfway to this state, living in a heavily secured hovel without much to look forward to, or any successful strikes.

On that path, he would have continued to be a political non-actor and when he died, would have been remembered as having passed into obscurity and lost relevance. Instead, we made him a martyr, and managed to do so in such a way that (a) throws suspicion on our motives, since this was an assassination and not a trial situation and (b) looks suspiciously like it was timed to throw attention away from the birth certificate debacle.

Speaking of the birth certificate, it’s time we get honest about this: it’s not the birth certificate we’re after. Rather, there’s an uncomfortable stink of lies around Obama. Where were he and his mother for all those years? Why do we have such huge gaps in our knowledge of her movements, and his? If he was so great at school, why a lack of people standing up to talk about how smart and great he was in high school, college and law school?

The birth certificate is just a symbol; the underlying truth is that Obama is vague. He could have been in the Soviet Union being our next Manchurian Candidate for all we know; he could have faked his way through school. And bin Laden was also just a symbol; we killed a figurehead and made him a focal point, unleashing the true crazy instead of the debunked and lonely, and in doing so tarnished our image of commitment to the rule of law.

As we go into election 2012, people should think beyond these symbols toward what they imply, which is a president with a dubious past and foreign policy directed not at results, but making him look good. Demagoguery and cryptic personal histories go well in oligarchic third world regimes, but not in the USA, which is why people express their unease through these fragile symbols.