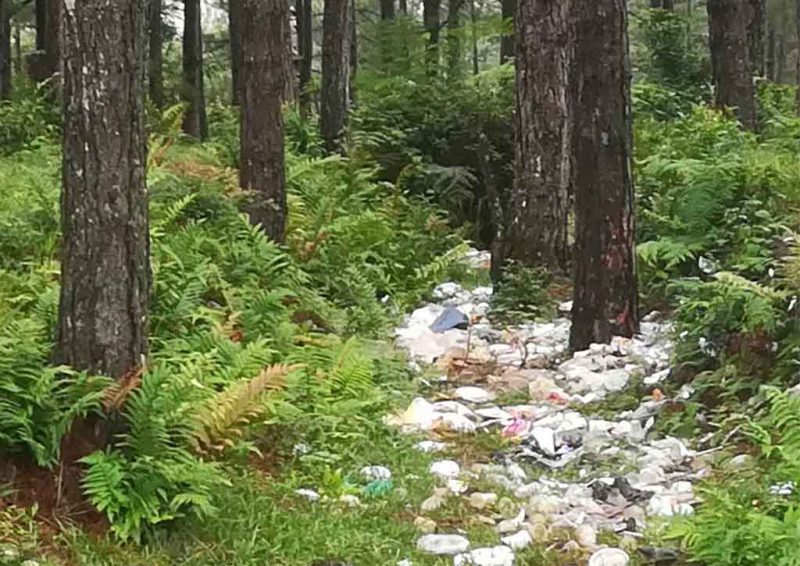 Time after time we see how humans choose to fight non-essential problems because that allows them to avoid having to address huge actual problems, the “elephant in the room.” We will scapegoat a problem that we think we can control instead of taking on something bigger than we are confident in tackling, and by doing so, we make the real problem thrive.

Over the past decade, the debate over “climate change” has accelerated but gone nowhere, mainly because since the Left adopted climate change as a partisan tactic, everyone else has fled from it. This means that we will be busy fighting over this one until the bitter end, with nothing resolved.

Some of us, such as on this blog, have argued that “climate change” does not exist and what we are seeing instead is local change caused by too much concrete, too little water absorption, and local pollution from internal combustion engines. This makes sense given how much our population has expanded since the 1960s and how much construction has happened since then.

As we might have guessed, our economies are based on “growth” or an increase in productivity. This requires a steadily-increasing population and more workers, so that more tax can be collected and more benefits paid. This circular Ponzi scheme, called consumerism, reflects the fusion of the socialist welfare state and capitalism that happened in the 1930s.

Less than a century later, we can now see the results of human overgrowth:

Well over half the world’s population of vertebrates, from fish to birds to mammals, have been wiped out in the past four decades, says a new report from the World Wildlife Fund.

Between 1970 and 2014, there was 60 per cent decline, on average, among 16,700 wildlife populations around the world according to the 2018 edition of the Living Planet Report released Monday.

…The WWF says the biggest drivers of the declines are habitat loss and overexploitation, but says climate change is a growing threat.

Habitat loss occurs when humans use land that animals need, and habitat loss has only been a problem since our population boom in the modern era. While we could blame this on technology, it is more likely that social mobility itself is to blame, since even before advanced technology, expansion resulted in things like colonialism and territorial wars.

Every person on Earth, no matter how much we try to limit their consumption, requires a greater amount of shared resources: roads, hospitals, parking lots, stores, schools, warehouses, public bathrooms, farms. Even if the entire human species exists on rice and vegetables, our need for shared resources will drown out any reductions in consumption.

These people all need jobs. That in turn requires a booming industry, which means that we must constantly take raw materials and produce something from them, which in turn requires that we generate pollution. For us to employ all of these people, we need to be constantly requiring new things and new services, and those require the activity of engines and manufacturing.

Not surprisingly, this addiction to growth has produced an air pollution crisis which will only go away when our activity falls:

More than nine out of every ten children on Earth are breathing toxic air on a daily basis which stunts their brain development and causes deadly disease, according to a major report by the World Health Organisation (WHO).

While air pollution is an increasingly recognised problem, which costs the global economy more than $5 trillion (£3.89 trillion) a year, it is “uniquely damaging” to children’s health, the WHO warns.

It reports that 93 per cent of children – 630 million under-fives – live in areas where pollutants breach WHO-recommended safety levels, and even in wealthier countries 52 per cent of under-fives are routinely breathing harmful air.

At some point, they will realize that worse still is the nature of air: it moves. Pollution stays within it unless filtered out, something that forests normally do but cannot when they have too little space and there are too many humans generating pollution to be overcome.

Perhaps in the best-case scenario we might switch to green energy and avoid this problem. That would require making all of our vehicles, including the massive cargo ships that transport most goods, electric, and then finding an electrical source which can power all of those devices. Even in that case, manufacturing would continue to create polluted air.

As humanity expands, forests will decrease, and so even with reduced pollution — much as with reduced consumption — our basic problem remains. Democracies lack the political will to reduce population or even to take intermediate steps like ending immigration and welfare programs that create more people. Each generation increases the expansion.

We have known for some time that we are rushing toward a tipping point at which time we will be forced to make a decision. Blinded by egalitarianism, no one has wanted to make this decision for some time, and so we have embraced the worst possible systems as if trying to confirm our denial of this problem rather than address it.

This leads us to a condition of ecocide: while humanity dithers, with its special interest groups bickering and fighting, it will not address the actual problem of our growth-dependent political system, and so we will kill off even more wildlife until species reach their own tipping points and go extinct.

We could solve this problem easily by replacing our growth-oriented politics. Instead of democracy, we would need strong leadership; instead of consumerism, an economic system based on stable, fixed cycles. We could become self-sufficient and avoid the problem of exploding population. However, this requires that we deny equality, the one great taboo of our time.