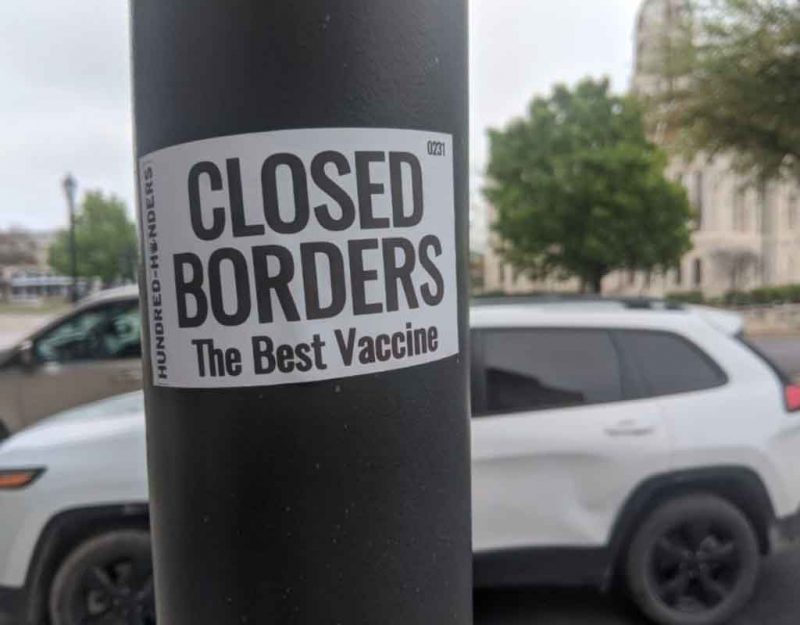 Drugs are interesting. They can tell me many things. {Insert punchline here.} This is true even when you aren’t using them. How so? They reveal things about those who use them and those who allow them to be legally used. Two drugs commonly discussed in the now are Fentanyl and Hydrochloroquine. Let’s look at what each one is.

We’ll start with Fentanyl. Here’s what NIH has to say on its legitimate purpose.

Fentanyl is a powerful synthetic opioid that is similar to morphine but is 50 to 100 times more potent.1,2 It is a prescription drug that is also made and used illegally. Like morphine, it is a medicine that is typically used to treat patients with severe pain, especially after surgery.3

NIH tells us more about what happens when Fentanyl becomes a fairly typical component of a careless user’s danger and play.

In its prescription form, fentanyl is known by such names as Actiq®, Duragesic®, and Sublimaze®.4,5 Street names for illegally used fentanyl include Apache, China Girl, China White, Dance Fever, Friend, Goodfellas, Jackpot, Murder 8, and Tango & Cash.
Synthetic opioids, including fentanyl, are now the most common drugs involved in drug overdose deaths in the United States. In 2017, 59.8 percent of opioid-related deaths involved fentanyl compared to 14.3 percent in 2010.

If you buy this stuff as Duragesic® rather than Murder 8, the drug has a legitimate use. Dismount a squat rack improperly while attempting 375 lbs., and your Doctor will carefully explain to you why drugs like Fentanyl will be an evil yet necessary part of your existence for about 3 weeks. That, or you won’t walk in an effective manner. Live that not tranquilized for a week or two of intense, shooting lower back agony and then get back to me on how much weakness has successfully left your body.

When used as a recreational aid, Fentanyl is no joke dangerous. It will rip your brain apart and fry it with scallions. I’ve seen an older, much less potent version of Fentanyl destroy an old acquaintance of mine form High School. Somebody should have grabbed his parents and held up his Freshman Yearbook picture in one hand and the absolute tragedy of his Graduation Night picture in the other. A logical person could question its continued legal availability.

Now we discuss Hydroxychloroquine (HCQ). First, what is it?

Hydroxychloroquine is a quinoline medicine used to treat or prevent malaria, a disease caused by parasites that enter the body through the bite of a mosquito. Malaria is common in areas such as Africa, South America, and Southern Asia.

Quinine compounds have been used for centuries to protect people traveling through bad terrain from opportunistic infections. Allan Quatermain probably was only half-joking when he called that stiff Gin and Tonic with a slice of lime and a shot of Quinine medicinal. When Belgium controlled The Congo, they cultivated the tree you get Quinine from and harvested the bark. Paul Craig Roberts explains how Africans get Quinine below.

In Eastern Congo, the Belgians farm it. Miles and miles of farming of the hydroxychloroquine trees. The medicine is made from the bark layer of the stem, they just cut the bark, dried it and made it into pills. Which even makes it organic….

HCL has become an issue lately as Covid-19 has become a pandemic which has shut down next to everything. A lot of very serious medical professionals believe it can rapidly improve unfortunate individuals struck with the malady. A skeptic could fairly inquire “How so?” One set of HCQ proponents argue by empiricism. HCQ had a positive track-record in helping suffers from Covid-19 in France. Dr. Didier Raoult had significant success.

There are counterexamples. HCQ can’t save you from Covid 19 once the infection has taken hold past a certain level. People taken to the ICU at death’s door will not be as likely to benefit as patients diagnosed earlier in the process of Covid infection and treated before drastic measures are needed. It is also less effective on people with other things chronically wrong with their health.

Hydroxychloroquine plus azithromycin was not effective in a study conducted in 11 patients with severe COVID-19 in France. Significant underlying conditions were present in 8 of the patients. After 5-6 days of treatment with the drug combination, 8 of 10 patients still tested positive for SARS-CoV-2. Once again, the researchers highlighted the need for further randomized clinical trials.

So, in summation, HCQ has done a lot of good for a wide variety of maladies. It has a long track record of nuking bad and evil things that infest the unprotected human body. Given rapidly to otherwise healthy Covid patients, HCQ tends to knock the bug out and save the recipient. It is no more perfect as a last-gasp palliative than the save shots given to lifelong drug abusers. That all added up, it sounds darn sure better than sitting around in a face diaper and doing nothing. Therefore, Ohio tried banning its use and President Trump had to force its availability via emergency order.

Fentanyl has one, limited valid use only. It helps with the rare condition of agonizing pain that Sister Morphine isn’t strong enough to put to sleep. Set against that, Honkey Heroin has ruined more lives than bad public school systems, agribusiness crap diets, and post-Dave Mustaine Metallica Albums combined. The stuff has killed, is killing, and will exterminate far more people than Covid-19 will have killed between now and 2035. It is widely available in pain clinics that occupy every corner that Stringer Bell can’t actively nail down first.

You see, unlike HCQ, Fentanyl is under patent, gets covered by Emperor Bush II’s horrendous prescription drug bill, and Hoover-vacs insurance money from nearly every major plan available in Amerika. The company that patented Fentanyl will take all that blood money and fart through silk. MDs and RNs who prescribe HCQ and save a Covid-19 patient will earn a reasonable profit for a fair day’s labor. One of these things is good for society. The other gets massively subsidized.

We live in a nation that yells “Black Lives Matter” at volume 11 while it showered down money on people who concoct toxic substances that literally turn our working-class people into George Floyd.

Floyd’s blood tests showed a concentration of Fentanyl of about three times the fatal dose. Fentanyl is a dangerous opioid 50 times more potent than heroin. It has rapidly become the most common cause of death among drug addicts. The knee hold used by the police is not a choke hold, it does not impede breathing. It is a body restraint and is not known to have ever caused fatal injury. Floyd already began to complain “I can’t breathe” a few minutes before the neck restraint was applied, while resisting the officers when they tried to get him into the squad car. Fentanyl affects the breathing, causing death by respiratory arrest.

There are three layers of blame for George Floyd getting scrapped of the street. Floyd bears the largest portion. He got off on the Fentanyl until it basically told him where to get off. People who play stupid games (Mr. Floyd played many of them according to his criminal record) tend to win fairly stupid prizes. Enjoy your going away gift, George.

After George Floyd, we get the detestable Amerikan Kakistocracy. The Fentanyl was available and, after subsidy, was cheaper by the dose than Coca-Cola. The Sacklers, Heather Breshes, and Pharma Bros of the world shovel some of that money back into buying government so that it stays right there where George Floyd can get his grubby hands on it. The Mayor and other officials of Mogadishu, Minnesota have the Street Pharmaceutical version of Fentanyl on every drug corner in town and never do anything that would smack of police brutality to get it removed. A drugged George Floyd is usually a less destructive one after his EBT Card has been gassed up. Amerika uses and palliates its people. It does nothing positive to grow or improve them.

Finally, we can apportion about 5% of the blame to four police officers who forgot to put the correct condiments on the George Floyd Feces Sandwich. They obviously get blamed for the whole thing. Better that than a discussion of why we legalized a pill form of heroin as social soma and why George Floyd was such a chronically retarded and f***ed-up a**hole. It’s sure a relief that Officer Chauvin is there to serve as a good CNN Scapegoat. Meanwhile, 10,000 more will also die because cheap, handy HCQ is being made as scarce as possible in the middle of a pandemic.

Yes, the drugs talk to me. No, it isn’t happy like listening to Prozac. This dialogue suggests we need one more prescription. The Black Pill. Stop believing in the people in charge of us. It will palliate you, like the Fentanyl. It will not cheaply and effectively cure you like HCQ. When you stop and think about why it’s so easy to get the soma and so hard to get the cure, it tells you where our elite wants our lives to head. It tells you how much those lives really matter.