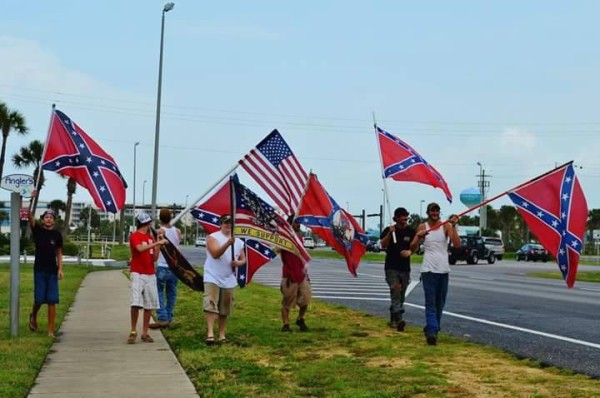 Realists have long lived under the shadow of the specter of public opinion. When someone is so unwise as to offend the pretense of the public, or the justifications on the basis of which they consider themselves “good” in lieu of actual good, the rage of the herd becomes unleashed in something like a stampede.

We, the silent audience, have seen public executions of the mass opinion shift kind. A comic says something funny that is suddenly discovered to be “offensive,” and just as quickly his life goes away: fired from his jobs, losing his contracts, the girlfriend driving away with his furniture and his friends quietly sending his calls to voicemail. Then he never works again, except at Target.

At first the ostracism death penalty was reserved for those who were political extremists. Then it migrated to non-leftist political views, and then to leftists who were not leftist enough. Then it branched outward to social concerns, and now it has taken on a life of its own, with any reason why any non-majority group might be offended constituting reason to destroy a life.

One person inconvenienced by the Ashley Madison hack — itself an irony of those who violate trust being shocked that their own trust was in turn violated — discovered:

Today, Michael finds himself living in fear after his account details appeared — among those of 32 million others — in the most talked-about data hack of the year.

He worries not for his marriage — he and his wife have separated and divorce is in the works — but for the impact it could have on their child and on his job.

“My fear is that this will wreak havoc in all areas of my life. I have a good job, but many involved in it are religious. I could be fired,” he said.

The only reason this one hit the media is that they can blame those “religious” people, which we are led to assume by the momentum of predictability means Christian. And yet for us readers-between-the-lines, this instance shows the very real terror that people experience at the hands of the herd. We are all held hostage by masked terrorists who hide in a crowd of people like them.

No society composed of an internal firing squad can long survive. Our elites are composed of dedicated liars because we, the people, have chosen them to be that way. Truth is never convenient, but the voters reward the person presenting the simpler solution. This means that only someone who knows that what she is saying can never work in reality — having simplified the task to an emotional standpoint — will be elected. All the good people are cut out because of this terror of public opinion.

Democracy itself draws criticism for being mob rule, and this seems correct. We are now entering the last stages of democracy, where it consumes itself by destroying the non-conforming, which creates a circular self-referential public view where only certain opinions are discussed. At that point, society has lost the ability to turn in flight and has become ballistic, its target determined at the moment of launch. As the lynch mobs, hate crowds and angry herd gathers, doom is upon us and yet no one can say that in public.

The essence of religion is realism | Harvest of liberalism