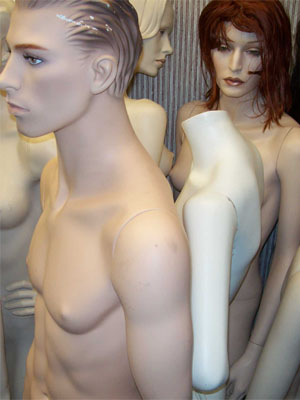 Modern politics is like a team sport. The big heads knock out a few opinions, and we’re supposed to parrot and support them, right or wrong.

The approach I favor instead is understanding politics as a conflict of life philosophies, with each having a different shape in goal, methods and values. This way, I can extrapolate what each party would think on any new issue without needing a big talking head.

Unfortunately, this approach makes Amerika.org almost unrecognizable as a conservative blog. We talk about the underlying philosophy of conservative ideas, and thus are both more broad-minded and single-minded than others.

Worse, the flag-waving and foot-stomping issues that people expect are not here. Occasionally we cough out a diatribe on Obamacare, speed limits or cigarette taxes, but these come only secondary to the primary thrust, which is analyzing the philosophy of conservatism and showing why it’s common sense, whether one is secular or religious, black or white, Jewish or Christian, fat or thin…

As a conservative blog, we’re not supposed to agree with the Rev. Jeremiah Wright. He did after all endorse the great non-starter, Barack Obama, who our nation did project its racial guilt and confusion upon, hoping that he could be the multicultural messiah that no single person can be. However, the man makes some good sense with his recent “outrageous” statements:

A sense of fair play requires we extend to others the liberties we would like for ourselves. It also requires we grant the man poetic license, since that is what makes good oratory. If we allow our sense of fair play to overcome our resistance to this source and his message, we can see that he makes a good point.

In a multicultural society, despite the pluralistic nature of individual and ethnic group values, there must be some official values-system that is imposed to keep order. Because it is formed from the intersection of all groups, it is a compromise, and does not favor any specific group. As a result, it is a replacement values system, and thus a hostile strike against any group or individual retaining his or its own value system.

We are appalled when we send off our kids to elementary, junior high, high or college-level schools and they are indoctrinated in propaganda. This propaganda is formed by good intentions; government wants us all to get along, because that’s how you stay in business as a country.

However, in order to do so, it has enacted a series of compromises that because they whittle the values system down to almost nothing, must be taken to extremes. Thus respecting one’s neighbor becomes a radical agenda of tolerance that requires we have every deviance possible shoved in our faces so that we don’t even notice the lesser, everyday transgressions.

At least, that was the logic of the 20th century. The present era brings a different knowledge, which is that we must co-exist in parallel so that values systems can be preserved, because culture is not only gentler, but longer-lasting than the bureaucratic control offered by modern society.

Love him or hate him, Rev. Wright made a fair point. The tragedy of diversity is that it is not suited to any group. It’s unfair to whites, to blacks, to Asians and Hispanics. The only ones who fit in are those without culture, heritage, values, philosophy or religion.

And if we all become those, it will be a de facto genocide of what we are, and leave us with a far less articulated values system than those of our historical cultures.