by Jonathan Peter Wilkinson on January 10, 2020 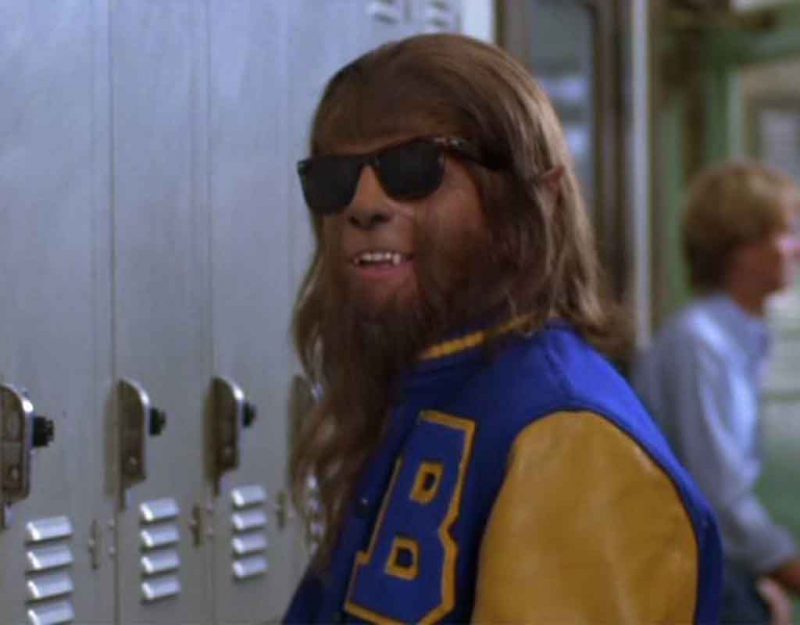 You won’t find a better made-for-media sob story than the one put before a court by 46-year-old Kevin Jared Rosenberg.

Petitioner began borrowing money to fund his education in August 1993. Supp. Resp., Ex. B (loan history). From 1993 until 1996, Petitioner continued to borrow money to pay for his undergraduate education at the University of Arizona. Id. After obtaining a Bachelor of Arts degree in History, he served in the United States Navy on active duty for five years. Counter Statement of Mat. Facts ¶ 5, ECF No. 49, Ex. 3. After completing his tour of duty, Petitioner attended Cardozo Law School at Yeshiva University where he applied for and received additional student loans to cover his tuition and board from 2001 through 2004. Supp. Resp., Ex. B (loan history). After graduating from law school, Petitioner consolidated his Student Loan on April 22, 2005 in the original principal amount of $116,464.75. The total outstanding balance of this Student Loan as of November 19, 2019 was $221,385.49 with an interest rate of 3.38% per annum. Id. ¶ 12. The dischargeability of this Student Loan is the subject of these summary judgment motions.

It’s exactly this sort of pathetic tale that has the Cathedral in a situation where it could find one its three foundations sapped by the very Leftism it exists to support. You are !NEVER! supposed to be able to discharge a student loan for college via bankruptcy. It’s a politburo diktat that is necessary so that anyone who moves forward in life and joins The Outer Party in respectable fashion gets the proper sort of indoctrination.

Well, Cathedral diktats aside, there is apparently a way to discharge a student loan via bankruptcy. This is referred to as the Brunner Standard. Legalese follows below.

Both the Petitioner and ECMC agree that the proper test to be applied in this instance is Brunner v. N.Y. State Higher Educ. Servs. Corp. (In re Brunner), 831 F.2d 395, 396 (2d Cir. 1987). The test set forth in Brunner is
(1) that the debtor cannot maintain, based on current income and expenses, a “minimal” standard of living for herself and her dependents if forced to repay the loans;
(2) that additional circumstances exist indicating that this state of affairs is likely to persist for a significant portion of the repayment period of the student loans; and (3) that the debtor has made good faith efforts to repay the loans.

Poor, poor Jared Rosenberg was underwater $1.5K per month. So he bleeds out at a rate of $18K per year. At this juncture, the internet cynic Trolly McDisqusTroll asks the following. “How does a guy with a law degree manage that? You put up with Law School so that you wind up farting through silk.”

Poor Trolly. He needs to get out of Mom’s Basement. Meet a few lawyers who aren’t the next big thing over at the ABA. The Pickle-Faced Diversity Matrons at the DMV have it better than the non-bigshot backwater attorney. The poor schlub investigating the title for your realtor before you close on a home is maybe bringing home 2/3rds of what I manage to rake in. After that date I sent the last school loan payment to the bank, I felt like my finances had just grabbed the string attached to a big bundle of helium balloons. Getting the Guaranteed Student Loan (GSL) bill off of your a$$ is akin to ridding yourself of a migrane-cum-sinusitis.

Attornies like Rosenberg are somewhat better off than McDisqusTroll. Yet they don’t buy too many Lexis Models off of any lot other than Carmax. If Kevin Jared Rosenberg is this guy, he doesn’t qualify for Jew-Echoes and probably still rents his domicile at age 46. He may have the JD, but he fought the law, and up until this verdict, the law won.

So the day the day Google searches for Brunner v. N.Y. State Higher Educ. Servs. Corp. spike over at Starbucks, there are a number of very smug people who will start having problems. This could lead to a long needed reevaluation of a gentleman’s deal with the devil regarding how people pay for school. Banks are expected to be Good Samaritans, so to speak, and give these loans out without too much evaluation. A few of these bankers remember the folly of the Bush II pResidency, and remember getting told the same thing about ARMs during the 00s Housing Bubble. Bankers of this ilk will maybe trust mom – now that the stupid female Rottweiler is safely dead. A steady surge of Brunner deadbeats could do for banks and government institutions what NINJA loans did for the Late and Unlamented Brokerage Firm known as Lehman Brothers.

Imagine the professional motivation of a freshly-minted law firm that hires lots of deeply-indebted recent JDs to litigate on behalf of Early Gen Z and Late Millenial adults trapped in GSL Gehenna. It would be the latest and greatest in Self-Licking, Dog Faeces Ice Cream Cones. No more slip-and-fall litigation for this new breed of hired guns. The 2nd Order effect would then begin hitting colleges.

Banks, you see, will still be willing to lend may be some money to cover the tuition at Iowa State U, but just not quite as much if Brunner becomes a going thing. In part, because they have legal risk from looser bankruptcy standards, but in part, because Iowa State U is now confiscating chalk to prevent the spread of hateful messages. Institutions do this while charging a tuition that is 400% greater than what it was when a lot of the corporate employees perusing resumes from recent grads were attending school themselves. It’s not entirely untoward for these corporate HR guys to ask nasty, probing questions like “Shouldn’t a place charging $80K per year in tuition be able to train its students not to scrawl ‘Knee-Grow’ and ‘Queerio’ on the sidewalk so that confiscating sidewalk chalk isn’t a necessary part of the University Disciplinary Code?”

At some point, when colleges and universities are considered pretty ridiculous and stupid, their diplomas will lose value as respectability tokens. This causes the universities to have to do the same thing an oil producer gets stuck with when the refinery cranks through a shipment of sour crude. They discount. The oil extractor sells discounted Blue Barrels. The universities have become “more generous” with their aid packages. Yet still student debt for non-remunerative degrees continues to offer subpar ROI to the banks who underwrite the garbage.

One way to kick the can a few more years down the road is to extend the life on the notes backing the debt load. The Wall Street Journal describes the process below.

Julie Chinnock is 50 years old and owes about $250,000 in student loans. She was happy to get a new payment plan that lowered her monthly bill, but the holders of two bonds backed by her loans were probably less cheerful. The two bonds were due in 2043 and 2054, but Ms. Chinnock and other borrowers were paying less each month under a new government plan that tied debt payments to income.

At some point, the can just can’t be kicked past the end of the street. In the case of Julie Chinnock and others, a really savvy estate plan may subsume a certain level of debt just to lower the taxable income chargable against an estate or a trust upon the demise of the holder. Yet even this stiffs the Cathedral out of what it considers its money. The debt is never getting paid, the banks get well, but the government gets stuffed for the amount of the inheritance tax against the debt assumed.

College loans are increasingly becoming a racket headed towards bust-out. All because they got too greedy. The gatekeepers to the bridge across the chasm blocking the average schlub from responsible social status got too greedy and charged too high a toll. The proles stuck with the load debt are figuring out how to wiggle out from under. Now the banks, colleges and governments who all got a rake-off from The Great Amerikan Diploma Scam are having to fight over the surplus value. They are an obnoxious orc tribe of leftards dying from the same pathogen that Karl Marx once foretold would kill the capitalists. Never trust a leftist who argues that greed isn’t good. I haven’t met a leftist yet that truly believes that particular moral claim.