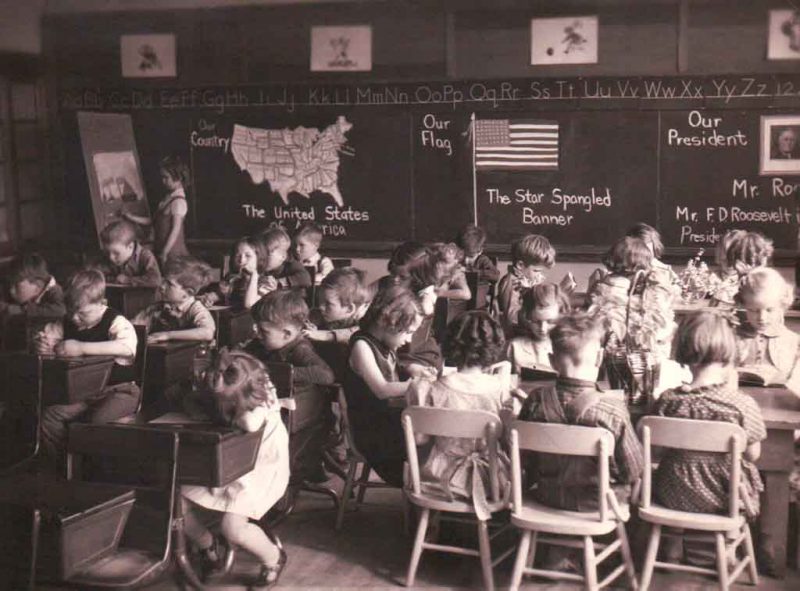 Before modernity, people began the adult portion of their lives at age fourteen, which meant that they realized that they had to become responsible for their futures at an early age. As a result, life, though short due to illness and lack of medical technology, was intense. Flash forward to our age; at age eighteen, the average human has completed a dozen years of obedience and conformity in school, and is now ready for their first four years of further domestication through higher education.

I say “first”, because soon afterwards, they are told their diploma is worthless so they must pursue graduate education or a certification program. But now everyone has a masters degree which makes that post graduate pursuit equally worthless, and so, the helpless youngster is told to respond with even more “education” and get a doctorate. Then of course come a couple of years of “training” and then suddenly one realizes that they are thirty-five and still living at their parents, yet are too “overqualified” to be hired anywhere despite all those fancy degrees they have earned.

This is a true story. Many are living it daily, which explains not all but a good part of the current malaise of contemporary youth. The young have been robbed of their best years of life and vitality, between fourteen and thirty-two, told that there is no way other than wasting years of their life mindlessly gobbling data as the world rushes past them. Time wait for no one, not even PhD graduates, and so this pathological emphasis on “education” robs them of time to ponder on their true calling and what they truly want to be doing with their life.

The jobs (remember when they were called profession, trade or craft?) on offer are pre-programmed by the system which has been placing blinders (with parental cooperation, no less!) on these youths since their earliest school years, limiting their field of vision in a systematic will to break the youth by making it conform to the unfolding consumerist utopia. Today, few see any future outside of a wage-paying job, which understandably creates a sense of helplessness among the youth.

Many do not make it out of this narrow corridor and spend their entire life too “busy” to realize they have given the best years of their life for… a cubicle job, a condominium, a divorce with kids, and a whole lot of paperwork. The average career consists of a replaceable desk job loaded with stress that follows you home and intrudes on the weekends, to be served like a prison term until you drop dead or quit (and are quickly replaced).

This replaceability is also what gnaws at today’s youth who is ironically told in every ad, in every Hollywood feel-good movie and in every pop song, how “special” they are. A long time ago, people worked a few hours a day, had time for leisure and still managed to have a fulfilling life and a dignified retirement. One paycheck sustained a thriving and often numerous household. Today, paychecks are easily in the four-figure category, but cannot afford you much of anything, especially not a respectable and unique place in a pleasant town surrounded by intelligent, caring people.

Historians telling us about history’s greatest figures point out that these had already achieved immense things by the time they turned thirty. Today thirty-year old people are “living” fake lives on Facebook, or playing their game console in the basement of the house in which they grew up. We are surfing on the achievements of the pre-World War I generations who contributed the blueprints and ideas of all the scientific and technological prowess which makes our life so convenient today.

Once the last people who grasped that technological thought are no more, we will return to the stone age in no time. However, some hope persists, and more youths are realizing the uselessness of today’s “education” and are opting out of college, choosing a riskier but more challenging and fulfilling path by breaking out of the Matrix. We will owe to these people alone any progress that humanity might make in the future because they dared to go into dark and uncharted places looking for new ways when the “established” ones rotted and failed.

These are the true creatives. Some people are suited for a cubicle job, but who decided that such a fate had to be shared by the entirety of humanity? When everyone has a Masters or a PhD, then no one has one. When everyone gets an ‘A,’ that grade becomes meaningless. Today’s most frequently given grade is an ‘A,’ reports The New York Times. Are people becoming smarter or are standards being lowered for the sake of all-inclusiveness? Everything points towards the latter. Universities wanting to keep their scam from being discovered are willing to give good grades to keep the students (read: clients) coming and the money flowing.

We suffer in our souls from these wasted years. Each year of our lives is irreplaceable, especially the sweet spring of youth, but we treat them as a means to an end of bringing in money so that we can pay off society to keep its dysfunction at bay. Each year comes only once.

Wasting these years collecting degrees without a moment of pause as to how useful these degrees are is the tragedy of our times. As a result, time feels as if it is spinning faster, adding to the human frenzy, resulting in more hasty decisions and more irrational choices to the vast detriment of both individual and social life.