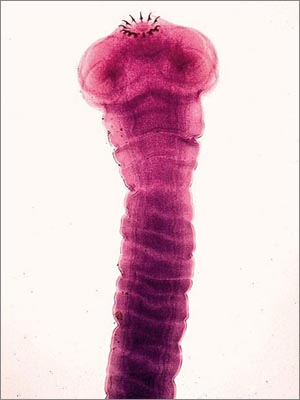 When we plan, we project a vision of the future in our minds. We then filter out everything but what fits into that vision, and in so doing, make our expectations come to pass.

Extrapolating this, we can see that how we shape our civilization now determines what it will grow into in the future. However, our liberal society by virtue of being based entirely in the individual rejects any thought toward the future, toward consequences, or toward actions which impact more than the individual.

This type of thinking shapes us toward a clear pattern of thought: defer consequences, focus instead of emotions and socialization because these exist now, and replace consequences with a symbol or signal — an inversion of the usual process of cause, effect and then symptoms.

A backlash against this has begun.

As many as 40,000 people swarmed the Capitol on Friday, raising the noise in its rotunda to earsplitting levels as they rallied to block Republican Gov. Scott Walker’s efforts to ease Wisconsin’s budget woes by cutting many government workers’ pay, benefits and bargaining rights. – AP

Democratic lawmakers fled the state and went into hiding to avoid having to confront the law. President Obama called Governor Walker’s actions “an assault on unions” and helped bus in thousand of protesters. 40% of the city’s public school teachers called in sick and went to the protest instead. Rumor has it many brought their students to the protests as well.

This protest sends a dangerous message to our citizens. First, that you can abandon the political process if you feel you are personally threatened. Second, if a crisis faces everyone — like the looming budget crisis — feel free to demand your own entitlements first.

Finally, we’re seeing adults behave like children in refusing to face an issue, define terms, and find a workable solution. We’re passing the buck to tomorrow and pretending that we can get away with it. If we send a message of irresponsibility, we doom ourselves to a future of irresponsibility.

The largest growth in government expenditure since the 1950s has been in entitlements, or benefits paid to citizens. We know society can function without these things. Even more, we know they’re popular vote-buyers for politicians, if we call it as it is. But they’re hugely expensive and drain money away from centralized efforts, like research and development, the military and infrastructure building.

Centralized efforts benefit everyone as a group, instead of benefiting individuals at the expense of the whole. This is why conservatives endorse centralized efforts like the military even if it’s unpopular, and why they are so quick to smash down hard on the entitlement state. It sends a horrible message of selfishness and parasitism.

In the meantime, unions represent a terrible expectation for us to teach ourselves, because they are inherently divisive. A union is not a negotiation tool; it is a threat to close down business, and who cares about the consequences? It’s no surprise that people protesting are not thinking about how we’ll balance the budget. Like people protesting austerity measures in Greece, they’re unable to think about the consequences of their actions.

Unions also cost a tremendous amount of money and time and damage work product. They also create a parallel layer of management and slow all decisions while they are negotiated through extensive union rules and frequent objections. While well-intentioned original, unions are now holding us back.

In addition, the majority of union members now work for the government and as a result government workers get paid more than their private sector counterparts. Working for government has become a free ride that can also make you rich and so people are taking advantage to it:

The vote came after a heated debate in the House. It also comes in the wake of an explosive series of videos released over the last two weeks by the pro-life organization Live Action, which showed Planned Parenthood staff repeatedly willing to aid and abet the trafficking of underage â€œsex workersâ€ by offering advice to an undercover investigator posing as a â€œpimpâ€ on how to obtain secret abortions, contraception, and STD tests.

Lila Rose, the President of Live Action, issued a statement turning the attention of pro-life advocates to the coming battle in the Senate. â€œThe case to cease funding is crystal clear,â€ she said. â€œBut for any Senator who remains unsure, imagine explaining to your constituents that you voted to keep sending $350 million of their tax dollars to an â€˜non-profitâ€™ that puts young girls in harmâ€™s way and made $63 million in profits by performing over 300,000 abortions last year. Itâ€™s time once and for all to stop financing these activities.â€ – LSN

While it seems harsh to cut off these “well intentioned” efforts, it’s also clear that they take from the whole at the expense of the rest of us, and enrich their members. Even if we agree with the ideas of treating workers well and having legal abortion, these organizations may not be the right way to achieve those goals.

Our battle here is not only a battle of balancing a budget. It is a struggle to define the soul of our nation and thus, what we will expect from the future — and the future we will make. Teaching our citizens to expect that kind of antisocial behavior will make more of it come to pass.

If instead, we start slashing away at these well-intentioned but parasitic programs, we have a chance of reforming our national soul and discovering healthier values that we have suppressed for too long.

The economic value of chastity | The Radical Tradition