Everybody must get stoned 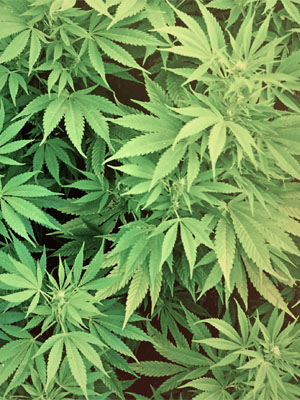 Politics is made of images in which cause and effect are the same. I pitch to you a law, and claim it will stop rape or cheating on taxes or whatever.

Reality is more complex. In it, a law is just one of many forces acting on us all, including our decision to do criminal acts, which may or may not reflect actual thought. It might just be impulse, opportunity and generally low standards for oneself. Low moral standards.

Right now, there’s a huge push to legalize weed. The political reason is simple: civil rights, dope, free sex and comfy couch Communism are the Baby Boomer hallmarks. They’re what the kids of WWII inherited from the 1920s and 1930s era decadent propaganda of the intellectual elites.

No matter what they say, their actual agenda is replacing majority culture with freaky no-standards culture. Weed is great for that. If it feels good, do it. And more importantly: “I would not feel so all alone / everybody must get stoned.”

Why feel alone? It’s Napoleon Dynamite all over again: the freaks, geeks, stoners, outcasts, etc. join together and overthrow the majority. Who wants another blonde, rich, straight-A-getting jock? Hell no; let’s get freaky and have no standards.

That way, everyone is included. It’s like a rainbow of weird, except there is no weird, so you have to pretend the motley confusion is actually a movement and not just a breakdown. Baby Boomers excel at that. Then again, there was nothing else left for them.

The actual reasons to keep pot illegal are very simple and very hard to understand.

First, keeping it illegal isn’t designed to prevent use. It’s designed to signal that in our society, we don’t want it used in our civilization. The reason for that is both simple and complex.

Here it is: anything that feels better than life itself makes life itself pale in comparison and leads to leaving reality behind as a state of mind.

It isn’t that pot makes you unrealistic. It’s that the experience of enjoying drugs means that you can’t go back to normal life and enjoy it. It will be hollow without the happy feeling and the new strange world of hallucinations.

We talk about insanity, criminality, peer pressure and other problems associated with pot, but there’s really only one problem: it’s mentally unhealthy. And when you think about it, there’s only one quest in life, which is to be healthy.

Good is bonding with reality and learning to love it. Finding ways to expand it. Rising to new heights of proficiency.

Bad is withdrawing and becoming dependent on substitutes — liberalism, drugs, sex, television — to make you feel like life is worth living.

When you think about it, that’s a pretty wretched existence. And wretched people become resentful, do angry and passive things, and quietly band together Napoleon Dynamite style to ruin anything healthy.

Rationality is illogical. The real peer pressure isn’t to use drugs, but to endorse the Baby Boomer agenda. What do they hate? Normalcy. By extension, they hate anyone older than thirty, because those people have started learning about reality.

In essence, they hate reality. It competes with their own egos. They want those egos to fill up the world, and to squeeze out everything else. To replace reality itself.

It’s the kind of vision only a stoned hippie could think was positive.

What doesn’t get measured | The perfect world