Ethics and the State

When elections are near, and at other times, there is much discussion of politics. There are various political views that people adhere to, yet deeper reflection reveals that what it means to hold a political view is not as simple as it may seem.

A simple answer to this question would be that each political view is a preference for a certain form of society. But under this system, a self-styled ΟΔβ²§≈™social democratΟΔβ²§¬ù has two political views, at two different levels. They support a system of democracy, yet moreover they hope that ΟΔβ²§≈™socialismΟΔβ²§¬ù will be voted for within this system. Most discussion of politics takes democracy for granted, but democracy is indisputably a part of the way that society operates. 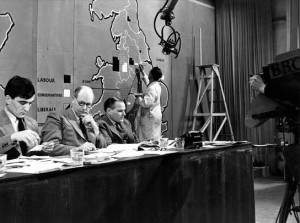 An individual’s political view may be expressed in several ways. They may join a political party, encourage others to vote for it, or most straightforwardly vote for it themselves. They may have several motives for doing any of these. Petty reasons are to belong to a group or to make themselves look good. Otherwise, there is also the expectation of the good that would come from the policies of their party of choice being implemented. It is not certain that this will happen, but they think that the possibility makes their actions worthwhile.

This demonstrates that a political view is, at the most basic level, a part of someone’s understanding of the world, which motivates them to act in certain ways that they perceive will increase good in the world. It is ethics on the society-wide scale. (Of course, what is seen as good may differ from person to person.) There are, therefore, many more ways of acting on one’s political views than a voting preference within a democratic social system.

There are many beliefs and preferences that people may hold, and some of these are given labels like ΟΔβ²§≈™capitalismΟΔβ²§¬ù or ΟΔβ²§≈™communism.ΟΔβ²§¬ù The way that ideologies are viewed is an important part of how society operates. (Distinguishing opinions from the labels given to them is worthwhile because there can be many different policies under the same label. ΟΔβ²§≈™LiberalismΟΔβ²§¬ù is a good example of this.) Individuals and organizations claim to support particular ideologies, and have varying grades of success in gaining political power. Some ideologies are overall plans for society, but others cover only a few issues that are likely to be popular with the general public.

Let us briefly describe various tendencies, ΟΔβ²§≈™flavoursΟΔβ²§¬ù perhaps, in political campaigning. The names themselves are somewhat arbitrary. It is interesting to think about which ethical imperatives might be the motivating factors in each case: 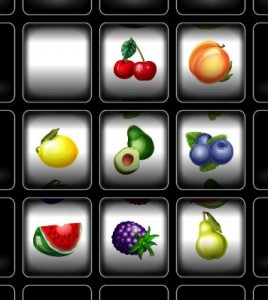 New political systems, hopefully incorporating some of the good aspects of the above and avoiding the bad, may be yet to come. By clarifying what people really mean when they debate political issues, we can gain a better understanding of the situation of society and what our options are. It is common to imagine that one state is ΟΔβ²§≈™good,ΟΔβ²§¬ù and another state is ΟΔβ²§≈™bad.ΟΔβ²§¬ù The truth is, we are creatures that exist within the flow of time, and as long as we are alive the state of things is changing. Rather than concentrating on dichotomies like these, perhaps it is better to ask ourselves what we can do to incrementally make things better.