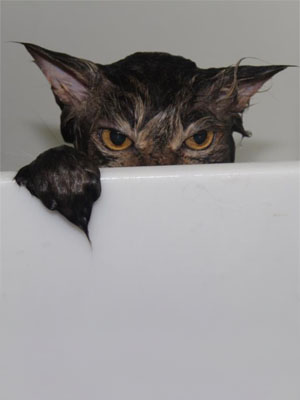 Like entropy itself, language builds up many potential meanings over time. At some point, choosing between them becomes too huge of a task, and the society reverts to using many small imprecise words and being governed entirely by context.

In our time, the word “esoteric” has lost much of its meaning in day-to-day use. For most, the meaning is somewhere between “eclectic” and “ethereal,” meaning something bizarre or of another world. The real meaning of esoteric is itself esoteric.

That means that to understand what esoteric means, you must experience it. An example from life: the growing of oregano in the Texas heat. The first batch of plants are sickly, and so you assume they need fertilizer. This leads to a dead second batch. What does this mean? Something’s wrong with the soil? Then you discover drainage issues, and plants essentially floating in water that doesn’t penetrate the ground layer of clay. The next batch starts with a deep pit, lined with rocks and filled not with commercial (“water retainers added”) potting soil but real soil, stuff you dug up in the woods or got in bulk from a garden supply store. Now you’re thinking like a plant, about the flow of soil and water and sun, instead of thinking like a human manipulating machines.

Esoteric knowledge is like this as well. A little bit of it hangs out over the door lintel, and so if you get down on your hands and knees and tug, you can see more. But you won’t understand it. You’ll dig into more and more, and as time passes, you will eventually learn that all you knew was wrong, and you’re starting from a new place. Then you will look at the same data with “new eyes,” and you will learn its language for itself, then its structure, and only finally its surface.

This is in contrast to the opposite of esotericism, which is exotericism. The exoteric, like the extravert, is defined by its face value, which coincidentally describes it well. It achieves this magic by being essentially identical to everything else under the skin, thus the skin is all the data it has to offer. A good example of exoteric systems would be things like cellular phones. They have different interfaces, brand names, etc. but they function at essentially the same level using the same principles. Another example would be laws. Although legal theoreticians make a big deal about laws having different meanings, the actuality is that they have different topics, but apply the same versions of the same principle, such as rights/property in the modern time, over and over again. Once you understand the surface, there is nothing left to sort out.

All systems of ideology are exoteric. In them you show up, learn some dogma, and you are accepted. If it fails, the solution is more dogma. In order to keep it all the same except for the surface, these ideologies tend to be messianic and proselytize. That way, they make everything in their image and thus it all plays by the same rules.

Esotericism on the other hand is learn as you go; your readiness for the learning dictates what you can learn. This isn’t very egalitarian, as it means that some learn more based on who they are, and some never make it very far at all. We are known by what we can know.

One other attribute of exotericism is that it is based in facts, but not in reality. That is to say we look at reality, make conclusions about it in words or figures, and then we act on those, without ever again referring to reality itself to make sure we have the right idea.

Ideology and blind faith assumptions fit the exoteric pattern which makes them perfect methods of control. I’m not talking about state control. I’m talking about self-control. They enable us to go into a binary mode of questioning whether we’re following the agenda or not, and if we are, of writing everything else off and sallying forth in oblivion. With such mental control, we can forget the instability of our situation and pursue instead a certain type of brainwashed dedication.

Esotericism is a big word that means learning from reality. We learn in little bits, until we know enough to get to the next level, in a series of ramps and plateaus. There is no “one stop shopping” or “one singular truth,” only greater depth as we enmesh ourselves into understanding our world.

I’m fine with that. It promises nothing it cannot deliver. It rewards not those who “work hard” (translation: give up life to become dutiful) or “are good” (translation: obeys rules of the herd) but those who make the effort to actually understand the relationship between humans, truth and reality. Esotericism is the essence of conservatism, all honest religious experience, and the more complex forms of science and philosophy. Without it, we are merely projecting, and it’s no surprise that as a result much of what we do fails.