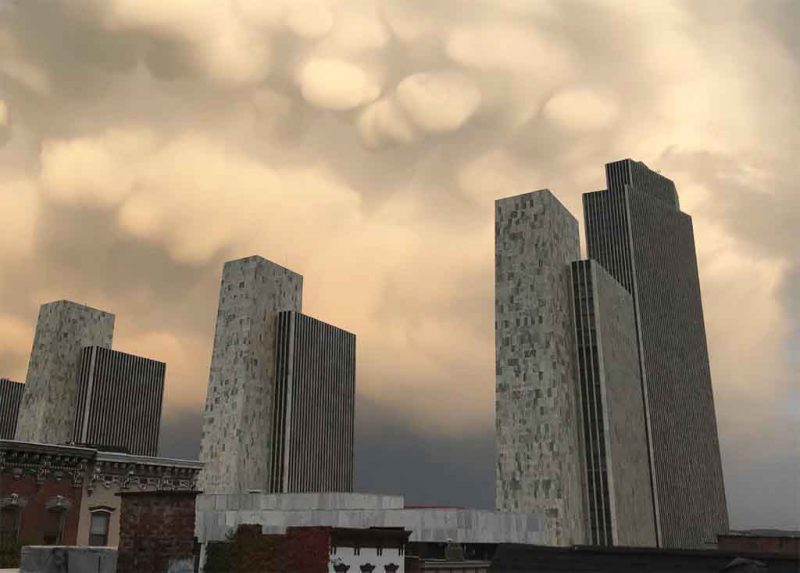 As part of the ongoing exploration of the decline of the West, it makes sense to look into the causes of that decline, since if we want to reverse the decline, we will need to avoid repeating it in our behavior.

The exploration you find here does not look at any single entity, but a pathology or psychological obsession that grips societies, sort of like witch hunts, doomsday cults, or even destructive trends. Something has gone wrong in our thinking.

A careful exploration suggests that all societies die of roughly the same thing, which is a lack of unity brought on by lack of agreement on the purpose of that society. This occurs when people pursue individual concerns instead of building civilization.

If we explore the root of this pathology, we find a simple path:

If we look at civilization as a contract between individual and society, egalitarianism represents individualism triumphing over cooperation, or working together for a mutual goal.

As if a bourgeois fantasy, it pretends that society does not exist, and that all an individual must do is accrue his pile of wealth while dodging as many costs as possible. This resembles the arrogant pretensions of the clever but not intelligent, or halfway to smart.

Equality rejects the idea of any order or framework above the individual. Moron conservative armchair tryhards claim that our enemy is collectivism, but collectivism is merely individualism implemented through the pathology of a group.

That group finds itself unable to reject the idea of everyone being equal because that eliminates dissent and unifies the group toward dynamic action, which is very useful for any individual who wants to profit off of herd behavior (trends) or use the group as his personal army.

People love the idea of equality. They get a strange warm expression when exposed to it, and roll their eyes and emphasize each syllable when they say it. It is a god to them, because to a human, equality means that they can do bad and not lose their social status.

Social status means your standing in the community, or how others look up to you. In early civilization, people shun those who are promiscuous, deceptive, lazy, incompetent, parasitic, or criminal. Everyone fears being one of those.

In very primitive societies, the group gathers to stone such people, and so being caught doing something naughty can have serious consequences. In more advanced ones, it simply means that people shun you in disgust for doing things that endanger civilization and harm others indirectly.

You might not think that promiscuity harms anyone, but the grim fact remains that people are sheep, and so when one starts doing something, others emulate and find out only years later that they subtly damaged their chances of having good, whole lives.

Even more, a change in behavior alters the tenor of the community. Instead of aspiring to be good, they hope to get away with as much as possible. Standards decline, and soon one area like promiscuity has enforced others, and everyone is living like slobs.

Humans see the world as a mirror image of themselves. This fundamental solipsism comes from having big brains, which means that we live through our assessments of the world more than direct experience.

In this solipsistic view, we either choose to be the center of our world, taking the place of nature and God/gods, or we decide that we are merely a part, which then means that we have to figure out how the whole thing works in order to understand our role.

With equality, each person becomes their own god, and this causes them to disregard reality as an inconvenience and instead fall into an introspective world not bounded by the facts of existence. This makes them delusional, like a schizophrenic.

This pathology spreads through social interaction. When one does it, others follow, and soon you have a group of people committed to denying reality in order to feel good about themselves. This mental state is similar to all control systems, but especially the centralized orders that egalitarians create which demand obedience or destruction.

That describes the enemy we face, not some entity like the rich, the Jews, the Freemasons, or even the Leftist parties. We have experienced a political culture that has replaced our natural culture. Until we change that, no enemy we vanquish will fall to give us victory.

Conservatives make a mistake by embracing “freedom” as a goal because they are doing the same thing that the herd is doing, namely promising something that sounds good and is sure to be popular in lieu of what needs to be done.

They are also maneuvering outside conservatism. Conservatism says that we conserve the best of the past, but it means the whole past, not just recent history. “Freedom” requires egalitarianism, because to believe in freedom you must assume that all people will act logically in a similar fashion. Reality shows that this is not the case.

If you look at the reality of “freedom,” you will notice that not all people have equal faculties of judgment, so demanding the freedom of all is an insistence that the rest of us pay for the insanity, laziness, ineptitude, and parasitism of others.

When people in the older times talked about “freedom,” they meant freedom from other people and their bad choices, and recognized that this required strong leadership and a sense of purpose to a group. Only with unity comes freedom; otherwise we serve the least disciplined among us.

Egalitarianism represents hubris, which basically means “acting above your station.” The ancient Greeks aspired to excellence (arete) as the core of their ideal, and conservatives uphold this eternal value.

Hubris presents an opposite to excellence in that instead of striving for excellence, we are striving for the individual and the herd, which wants to believe that everyone is a good person and that nothing must be done to discipline ourselves so that we can achieve excellence.

In other words, either the best rule the rest, or the rest rule the best. People do not have equal cognition or moral character, and the weak ones will aim for a compromise that makes the group happy instead of a solution that works in the long term.

If you have any doubt that this is natural, consider the ecosystem. It represents both a horizontal and vertical hierarchy; some animals clearly dominate, while others are lower on the food chain, and at the same time, animals expand into different niches on their level.

Nature believes in hierarchy because one always needs a chain of command. Equality posits that this can be done by the crowd, an inconsistent and neurotic beast, which means that all of the energy goes toward fighting for power instead of figuring out how to use it best.

If you wonder why modern people are so internally wrecked, consider this: they are all caught in this dream of hubris where they are individuals at the center of the universe, and they are thus addicted to the crowd, at the same time they are compelled to fight for power.

This formula for extremely aggressive and neurotic behavior creates total inconsistency, which keeps the individual in terror. They never know where the crowd will turn, or on whom it will turn.

Our way out of this time involves rejecting hubris. Say this out loud: “No one is equal.” That phrase is the greatest blasphemy of our time and terrifies people. When we are not equal, we are a part of the world and not its center, so we must understand it and adapt.

All of recent history resembles a Roman holiday where we eat the seed corn and party today on the wealth of yesterday while sacrificing the hopes of tomorrow. It can only be ended by rejecting the ultimate human hypocrisy, hubris, and embracing benevolent realism.

Why Mosque Shootings Will Increase In The Coming Division | Periscope (March 18, 2019)