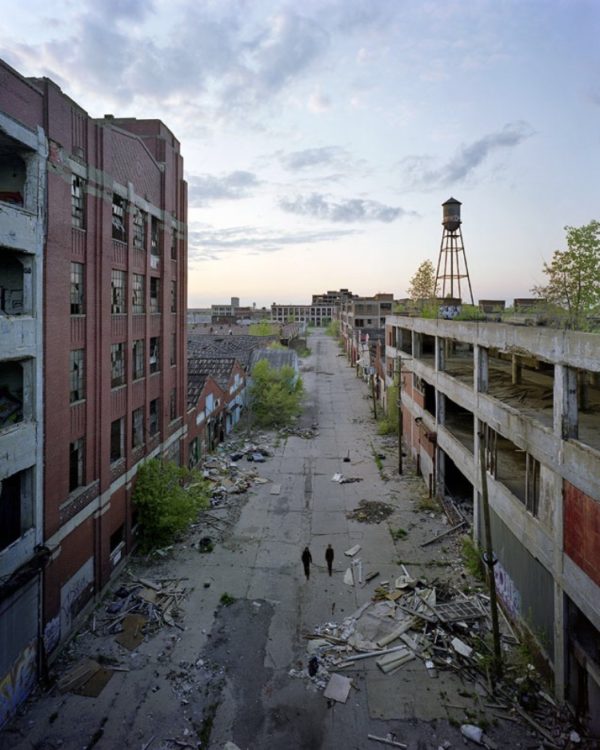 Our modern time is full of depression. We know our society has failed, and it makes us grim. We are surrounded by “invisible” examples of this, where we see how stupid the design of our society is, and how it makes people miserable, but others merely rationalize this in order to make themselves seem more successful.

Let us look instead toward a different interpretation of history.

In this, we are going through a great filter to weed out the weak. Some will be seduced by the modern time and its lies, and they will fade away, whether by miscegenation or death through one of the many trendy modern methods like opiate addiction or alcoholism.

What will remain are those who see the numinous light

Thousands of years ago, or thousands of years in the future, a primitive man crouches on a hillside. He is surrounded by the radiant light reflected from the ice and snow. Life is hard: he struggles to find food through hunting and gathering roots and berries, and often, the cold takes members of his tribe in the night.

He sees the darkness enclosing the earth, and the likelihood of his early death, but still he keeps on. Against what seems obviously true, against all signs, against what others think… he keeps on. Past the darkness, he sees light, an abstract light. He sees what may become, and the goodness that is there, as well as the threats against that. But always, he pushes himself toward a greater degree of organization, like the patterns in the forest he observes around him.

The numinous light is what we see in sensible mental patterns and understanding of the ways of nature. It is a supreme logic, both practical and always pointed toward increasing degrees of beauty and excellence. It is intangible, which excludes it from the grasp of most. And yet in the darkest hours of night, it is the only clarity as life seems misbegotten and hopeless.

We live in an age of error. Following the herd is death. All those who give in to its weakness will be destroyed. This leaves a much smaller group to rebuild, and when it regains its strength, it will exile the other of all forms: ethnic Other, and among itself, the perverts, criminals, parasites, weaklings, idiots, fools and sycophants of the modern time.

Imagine a long line of stockbrockers, lawyers, shop owners, union bosses, thugs and journalists in chains, marched to the sea where boats await to take them to Brazil. The great exodus of that which does not fit into the society of the future, but thrived in the degenerate society of the past (our present).

In past times, when society failed, the sane ones fled to the north. They took on the rocky and inhospitable territory that everyone else feared, and forged a life for themselves there. In this new world, they died, and those that were able to survive created the next iteration of the human species. They evolved.

When the era of failure was over, and the ice receded, they stormed back over the mountains to conquer those that a thousand generations before had displaced them. Those fell, and were replaced by a stronger race. Those in turn were refined by the long years struggling against the wilderness. Only those who saw the numinous light, and had something to strive for beyond the immediate, survived the long winters and dark nights.

The point is that we suffer a bad time. We cannot merely break away to the north, but must reconquer our civilization, and then must act like those dark nights and long winters: the weak among us, who gave in to the seductions of modernity, must go elsewhere.

We do not need many. A few hundred thousand stalwarts of good character, intellect and health can rebuild a civilization. They must have autonomy to do so; they cannot do it among the rest. But as they rise, they will gain confidence, and then when it is time, storm over the mountains to remake civilization — where the real rises above the human — once again.