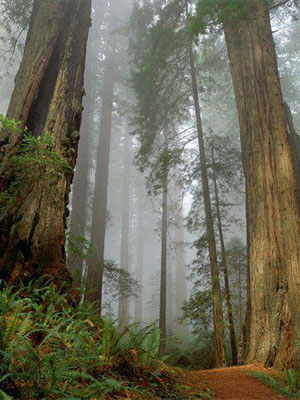 Our modern political spectrum is choked with empty calories. It’s just too easy to feed the kids garbage, plop them in front of the TV and call it parenting. It’s also sickeningly easy to champion a symbolic issue and ignore the real problems that need fixing.

Ironically, it is the empowerment of the voters that creates this situation. Because the voters are in control, the presumed idea is that they will tell their leaders what the voters want. However, the voters don’t agree. As a result, they become passive, waiting for options to be offered to them like products on a shelf.

This productification of politics causes a limitation of actual options at the same time it proliferates a diversity of appearances. The basic plan cannot change, because inertia is agreed upon, sort of. As a result, it becomes a question of dressing up the mundane to make it look radical.

Only one kind of issue fits that bill: an essentially inconsequential one. As a result, our politicians have mastered the art of bringing out symbolic but ineffectual issues, using them to get elected, and then doing the same old thing. It’s not that right and left are similar, but that leftist and rightist politicians are similar because of this process.

We all know the issues in mainstream politics. The mainstream left belabors civil rights, race, equality and gender; the mainstream right picks oddball surrogate issues like abortion, the teaching of evolution and prayer in school. That is not to say these desires are illegitimate; only that they distract from more important issues.

For example, if all the anti-abortion people starting walking around saying, “You know, I’d like to roll back sexual morality to the 1850s because people were less neurotic and anxiety prone then,” they would get more respect. Their stance, instead of appearing radical but being inconsequential, is clear and unequivocal.

In the same way if the left admitted that their desire is for the socialist classless society, they might get more recognition from conservatives. The two groups would be heading in opposite directions but they might be able to respect each other and even help in the separation.

On the far-right, which has the most to gain as the public really wants to accept it right now, the symbolic issues are African-Americans and Jews. Where they could simply say, “You know, I’d like to live with people like myself, as that makes the most stable nation,” instead we have the endless crime statistics and conspiracy theories.

They may even be factually right, for all I know. They may be morally right as well. What they aren’t is logically right. If you want political change, there are two logical ideas you must embrace:

The empty calorie dead-heads however want to hold on to their power. Right now, they’ve got a captive audience on the far right. This audience wants to hear that America is bad, Hitler is good, Jews control the world and African-Americans are horrible (low IQ, high crime, disease, etc). Even if all of those are right, they are not the root of the problem.

The dead-heads are pandering to the easy audience: those who have already rejected mainstream life and become alienated. Even on the middle right, they’re picking up the elderly and disaffected votes, not the normal thriving people.

In doing so, they miss the point: those who want change want a whole vision of a different society, and to work toward that, instead of battling over issues that as formulated have no chance of resolution. This battle cannot be fought with details, but requires strategy.

Of course, that involves risk. Finding a new audience, abandoning the old, even if that audience has proven ineffectual. Taking bold steps toward legitimacy, clarity and actually making change in the world. Those will shake up lives and force people to confront their inner fears. As a result, they’re resisting.

Anti-Semitism is perhaps the worst curse. Even if every nasty thing said about the Jews is true, the problem in the West is Western liberalism, and until that is removed, there will be no hope:

So, for example, the anti-Semites / white nationalists are concerned about the Third-Worldization of the West. So what are they going to do about it? Nothing. Theyâ€™re going to direct all their energy against the Jews, based on the belief that once the Jews are destroyed, all the Westâ€™s other racial and cultural problems will be solved as well. So the anti-Semites, in addition to being evil, are among the stupidest people who have ever lived. If they werenâ€™t so vicious and ugly, their stupidity would be funny. – View From the Right

Zionism is Jewish nationalism. The same thing all groups want, but for Jews. They want to be able to preserve their culture, language, heritage and values. To do this, they must live with people like themselves. It’s only fair that they have this.

Fighting Jews is like picking an inconsequential detail and pursuing that instead of fixing the problem. While your house burns down, you are vigorously weeding the garden. Even if you do not have moral feelings toward anti-Semitism, and for the tragedy of the Holocaust, the pragmatist inside of you can see the fallacy of anti-Semitism.

The Nazis wasted uncountable manpower and money on The Jewish Problem when their real need was to fight very real enemies at their gates. In the same way, the far-right of today needs to be gathering people around a constructive idea of the future we want.

We wouldn’t want to fall in the same trap this cagey leftist suggests:

In a subsequent article for the New York Review of Books, Soros emphasized that:

I do not subscribe to the myths propagated by enemies of Israel and I am not blaming Jews for anti-Semitism. Anti-Semitism predates the birth of Israel. Neither Israelâ€™s policies nor the critics of those policies should be held responsible for anti-Semitism. At the same time, I do believe that attitudes toward Israel are influenced by Israelâ€™s policies, and attitudes toward the Jewish community are influenced by the pro-Israel lobbyâ€™s success in suppressing divergent views.

It is wrong to say that Zionism represents Judaism or even Jews. It represents some Jews. The majority of Jews live in the United States and other Western countries like Canada. – “Zionism and Anti-Semitism,” by Edward C. Corrigan, March 31, 2012, Dissident Voice

In the same way, attacking African-Americans is a red herring. The problem is not a specific group, but the fact that groups are mixed, which destroys everyone in those groups. Diversity is the enemy of blacks and whites, but so long as blacks and whites focus on fighting each other, diversity wins and both groups lose because they did not simply fight diversity.

â€œWhite folks donâ€™t produce black children â€” except [if] itâ€˜s a white woman with a black man or a black man with a white woman and thatâ€™s the end of your race. So youâ€™re dying a natural death these days. And without an AK47 â€™cause the brother ainâ€™t shooting no blanks.â€ – “â€˜Brother Ainâ€™t Shooting No Blanksâ€™: Farrakhan Tells Blacks â€” Breeding With Whites Is the â€˜End of Your Raceâ€™,” by Billy Hallowell, April 13, 2012, The Blaze

Think carefully when you pick your enemies. All of leftism is empty calories, too. It’s the science of scapegoating forward, of finding a Satan that makes us feel like the problem is not within our own hearts and minds. It alleviates the need for self-discipline, and gives us a target to blame for our doubt, rage and despair.

Yet all it does is help us externalize our fears and compare face values. We never touch the problems below. And so the tragedy continues for another generation, renewed by our pointless antipathy.

Isolato | The sexual revolution has died