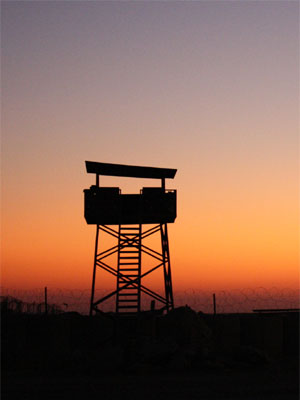 Recently, someone shot up a school. This happens on a regular basis, and it always makes us uncomfortable, because we have this nagging feeling it’s a reminder. Like that last item we forget at the grocery store, or that strange feeling of having forgotten something before we discover we’re late for an appointment.

When kids shoot up schools, there are a number of reasons joined by a single salient fact. School shootings are terrorism. Terrorism works for the same reason it worked with al-Qaeda or with the Viet Cong: once the images get on TV, the fickle and spoiled voters of modern democracy start begging their leaders to do “anything” to stop the carnage.

Voters, you see, react to image and not reality. If they see dead bodies, it’s a travesty. If the bodies are pitched into mass graves and covered with Potemkin villages, preferably while a speech about democracy plays in the background mingled with multicultural world music, the voters zone out and forget.

Therefore, our society is comfortable ignoring all of its problems until the moment the first precious snowflake walks into a bullet. Then, the media descends. The school shooter is examined from every angle. Heck, you couldn’t even buy publicity like this. It’s like having 30 minutes of SuperBowl advertising.

This is why they do it.

If you’ve decided your life is over, and you’re reaching up to blow out your own candle, you might stop and think. There could be a more efficient way. In fact, you can get revenge on all the people who made your life miserable, complain about everything that was wrong, and end up being a big shot for a week or two of prime-time CNN.

Don’t just blow that melon with your own brains in it. Go to school, past the administrators who see only what they recognize, and start blasting. It’s like a video game at that point, because the body count determines how famous you are. If you bag three, you’re nobody. Get 35 and you’re in the big leagues.

This is why people shoot up schools. It lets them get attention. We give this this attention with our fawning media, our panic, and our absurd demands like gun control or cops in every classroom. Because we are running around looking pathetic, scared and confused, they (the shooters) look like towering giants.

This brings me to the vital point about modern society: we get the government we deserve. If we, the voters, are panicked sheep who are prone to moral transgression and instead of owning up to it, we become corrupt and hide what we’ve done, we create a situation where the only person who will get elected is a callous manipulator.

We betray ourselves, the voters. We don’t understand how to rule, so we demand “results” and confuse them with methods. Thus what we think will get us what we want does not, and thus we spend every election cycle fighting out the same issues, wasting trillions of dollars on non-solutions and ignoring solutions under our very noses.

The first type is like the love that lasts a lifetime, or patriotism, or conservatism or any desire to do right, create beauty or uphold truth. The second is like the panic or lusts of an animal, more a spasm of the nerves than the calculating process of a brain that, through the mysteries of nature, separates its software from its hardware and becomes unpredictable.

This country is awash in emotional spasms of the second type. A school shooting prompts a week of talk about gun control; this has no relation to the shooting, and everyone knows it. It’s just a chance, in a weak moment, to blame the Other and then use that policy stance to demand more power and that people have nothing with which to defend themselves against you.

School shootings reveal more about us with every detail we dig up on the shooter. We know nothing of ourselves. The more of them we find, the more we see that we’re grasping at straws, trying to find anything to blame that can keep us from looking into the abyss, and seeing that it’s us.

The hidden reality that politics obscures | Why the West is dying