Elites Own The Means Of Moral Production 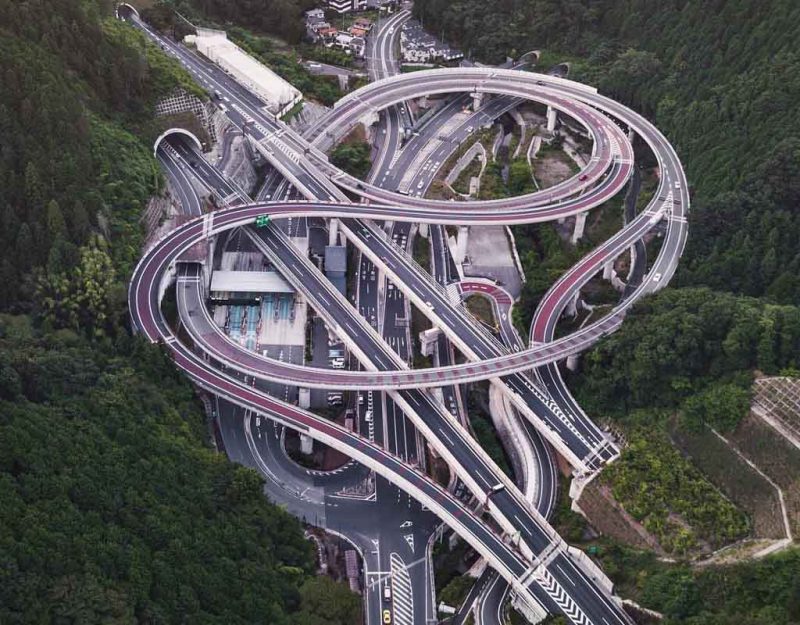 The will of the capitalist is certainly to take as much as possible. What we have to do is not to talk about his will, but to inquire about his power, the limits of that power, and the character of those limits. – Karl Marx, “Value, Price, and Profit”

Having been in the workforce and having witnessed the changing environment caused by technological advancements, I find myself in agreement with aspects of Karl Marx, the author most known for The Communist Manifesto. The agreement, at least in part, is not complicated. In short, capitalism breeds competition. Certain groups (or companies) rise to power and fix themselves on top. Given capital is the overall means, it stands to reason, as observed, that even if the original owners of the company attempted fair treatment across the board with its laborers, the original owners will pass away and hand over the controls to whomever stands in line next. A simple example is how robots are beginning to replace flesh-and-blood labor with convenient electronic labor. It’s faster, it’ll save money overtime, and it’s easier to operate with. The robot doesn’t need to take a break, it won’t argue with you, it can work overtime, and it doesn’t need a paycheck.

This observance clearly demonstrates that perhaps capitalism, as threatening and controversial as it is to say, isn’t the total answer to all economic issues. Keep that in mind as we examine this in a cultural and philosophical context.

Who Controls The Production Of Morality?

Over a relatively short period of time the company will begin to form as a monopoly. Consider Google as the default database search engine. Google alone reigns as champion against any up-and-coming search engines due to its economic, cultural, and political power. Consider politicians and their fellow comrades as they rally together for power and are backed by the company. Consider the media giants and their roles in this, along with their connections to these politicians who, in their own manner, can connect to these corporations as a means of garnering political and social power through influence by manipulative tactics (skewing/manipulating facts, etc.).

This is not a hypothesis. This is an observable reality. The election cycle of 2016 exposed a great deal on this subject. Celebrity culture has also operated in this fashion, as social media gangsters like Facebook and Twitter armed themselves heavily against any right-wing news or propaganda after they (as it would seem) realized their own platforms waged war against them and conquered from within. Google, Facebook, political puppets and celebrity culture now act as the factories which are the means of our moral production.

Recently, Converse shoes has propped up Desmond Is Amazing, an underage drag kid which the media elite circles have bolstered:

Desmond has been at the center of a controversy concerning his public appearances as a child drag performer. He first attracted public attention when he was filmed at age 10 onstage at RuPaul’s DragCon 2017. The famous host referred to the boy as “this gorgeous little queen.” The child subsequently appeared on Good Morning America and accepted engagements dancing in gay bars. He was filmed dancing in both New York and San Francisco as men threw money at him.

Desmond also appeared on a YouTube talk show hosted by Michael Alig, a 1990s New York dance club personality who spent almost 17 years in prison for manslaughter after the violent death and dismemberment of a drug dealer named Andre Melendez.

Public outcry has led to multiple complaints to several state social welfare departments against Desmond’s parents, Wendy and Andrew Napoles. However, Wendy Napoles recently stated on social media that she and her husband have been cleared of any neglect or wrongdoing and posted letters on Instagram from welfare agencies attesting to this. She has also stated that she and her husband do not profit from Desmond’s performances.

As it has been reported, it has not been overlooked by folks who recognize this as potentially problematic and child abuse. It is a form of child abuse, for it not only exposes the innocent naïve victim to a class of undercover predators, but props the victim up in front of a world which is far too sexualized and finds perversion in all that is innocent. To add fuel to fire, it appears the victim has autism and is most certainly too naïve to grasp the adult concepts taking place around him. In truth, this is twisted and sick.

Many outlets will promote it. Companies will feature it. Early morning talk shows will air it. Are these not where our morality is being formed and pushed out into the arena of capitalism of our morality? Perhaps another way to frame it: celebrity culture has won over the monopoly on manufacturing morality and now dictates to the proletarian (that’s you, dear reader) what is, and what is not, morally acceptable; thus, those who operate under different moral guidelines are stomped out, found out and trashed. The old-fashion conservative household, of which desires to homeschool their children and raise them in Bible-based values, are no longer in charge of providing valuable morality because the celebrity culture has hijacked it for themselves. Social media promotes it, it’s backed by celebrity politicians, the media enacts further bias and manipulative tactics – all garnering the production of morality across the entire United States of America.

Capitalism breeds competition. Competition leads to monopoly. That fixed monopoly produces what feeds into the current cultural norms and behaviors, but it does indeed shift when celebrity culture steps in to present a new moral doctrine.

That moral doctrine is then spread across the whole of society. Many capitalist will claim this is not authentic capitalism but crony-capitalism. This is the equivalent of stating Joseph Stalin’s communism was not authentic communism. One system may be in better alignment with a natural hierarchical structure, which allows competition to grow and follow up with the best on top, worst on bottom. This still does not mean that it will stand for the rest of time and not flounder after a given time. Most assuredly, all systems invented by man’s hands fail after an appointed time.

Systems of economics, or systems of belief bolstering the compass of morality, are all doomed to fail due to the Second Law of Thermodynamics, in a philosophical sense, which states simply this: all moral systems decay over time and do not evolve into further advancement of that society forever. After a given time, it begins to crumble and rot like everything else around. The seasons themselves produce this reality: life, death and resurrection. Summer brings life, Fall is the observance of gradual decay, Winter brings death, Spring brings the first fruits of seasonal resurrection. It is all around us this concept of life, decay, death and born anew. Same applies to economic systems or systems of morality. They all are appointed to die out at their given time.

If this holds to any universal existential truth, then certain things merely last longer than others. One car made in America may not last as long as a car made in Japan. They both work for a time, then gradually decay and the engine gives out. The Western world has invested much of its moral design on ideas of liberalism (sub-title: progressivism). It states, in simple language, that we are exercising our society toward an objective good. Since it is seen as objective, it stands to reason that those who fall behind on the scale of progressivism are indeed lingering in outdated values or ethics. These are the ones without their own individualism because they are conquered by the proceeding volume of liberalism as it acts as chief ruler and bearer of societal authority.

In twenty-first century America, of which is currently under operation by the bourgeois celebrity class, how are those under their boot supposed to maintain any clear individualism (code for preferred moral guiding systems) when they are trampled on by lethal means? Celebrity class, celebrity politician class and media class act as a three-headed mafia warhead dictating to the lower-class (non-influential in society) how they ought to think and behave. They encourage what (flu) shots to obtain in order to keep illness at bay, encourage underage drag kids as morally acceptable behavior for the advancement of LGBTQI+ values, advance politicians backed by media backed by celebrity, and drive home the foundations of morality while ripping out the roots once firmly placed within good soil.

The Western world was built on a great deal of healthy competition. And what fruits has it produced all these years later? Through the mainstream propaganda outlets we have received an overwhelming abundance of divisive rhetoric, confusion on what is fact and what is fiction, favoritism toward party and self-interest rather than the country as a whole, and verbal fuel for supporting war and furthering American imperialism paid with foreign and domestic blood, as we also accumulate worldwide suspicion and hostility toward our own country. Politicians have played the label game of “right versus left” leaving the average laymen at their disposal for legal choices infecting the entirety of country and state, which includes what the school systems indoctrinate into the open minds of the impressionable and venerable youth, for the children are the roots of any society; thus, if they are fed poison they produce poison, and if they are fed health they produce health upon their society. Hollywood has dominated entertainment culture and has held up gleaming “stars” as the moral example to draw our own moral conceptions from and emulate, which ties back into infecting the roots of society.

Times have changed, along with the total moral environment. Tactics must change and react to the current climate conditions. Two-party systems of voting are not merely a delusion of choice but are in fact a point of reference to the origin of celebrity politician’s glamour and fancy offices. The vote you cast for contemporary politicians is a vote cast to hang the noose around your neck. When all of Hollywood has garnered the whore of all media, every time you watch Netflix or engage in TV programming, are you not succeeding in furthering their moral production, of which is aimed against you? To engage in giving currency (whether money or time) toward the entertainment industry is to engage in masochistic self-defeatism, whether realized or not.

The extremity of the situation is overwhelming. The internet has helped in bolstering these foul doctrines of decay and have spread a contagious broken spirit now taking its hands into the ground, plowing the soil, and harvesting the results: societal breakdown. Celebrity culture is, in and of itself, a destructive force designed to disguise itself under the banner of fiction while, in fact, is programming chaotic realities through the façade of fiction; as in, a grandmaster of propaganda tactics producing its fruits, and reaping the harvest thereof.