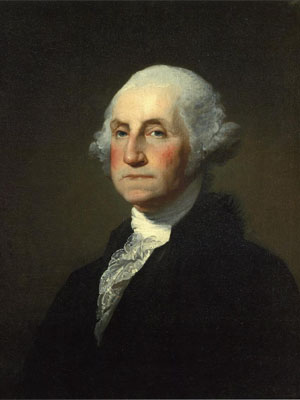 In the unhappy current state of affairs, we have an election that is basically demographic warfare, an electorate that has a tenuous hold on reality, and a great chance of being eliminated when entitlements and amnesty make the population go Soviet Lite.

As analyzed in other parts of this series, our civilization is in the grips of a me-first mentality, and this has resulted in a morally corrupt culture that elects gift-givers over result-deliverers. This is analogous to the fall of the Soviet Union.

What we turn to next is how to fix this mess.

There are a number of competing theories.

Some think we should not fix the mess and let the Democrats run the country into destruction. However, it often takes decades or centuries for results to show up.

Others think the right should abandon any issue tied to demographics, and pander to non-white groups. However, these groups never vote Republican because their identity is that of a non-majority, and any party that endorses a right way of doing things (versus the pluralism of the Democrats) is inherently majoritarian. Pandering to non-white groups won’t work.

Others think we should throw out the social conservative angle to our parties, and run on economics alone. This view presupposes that the voters understand economics, which this election has proven untrue. Others suggest we keep social conservatism to pander to new demographics. However, as others point out, dropping social conservatism is a suggestion made by liberals who want to see a schism in the right.

Still others have suggested a move to a harder-right direction. In particular, the underground far-right wants to abandon Republicans entirely or to make the mainstream right drop its neoconservative/RINO wing. Others more sensibly point out that the GOP is leftist-infused already that a shift to the right would connect with actual conservatives, who among white Americans are at least the majority, but advocate a more restrained type of hard moderate right view.

And still none of these suggestions address fundamental problem: Mitt Romney was right about the 47%. The Democratic response in the 1960s to rising right-wing power in the face of Communism was to home-grown a fifth column of useful idiots by making the native population neurotic, importing a replacement population, and swelling government with addicts to the public dole. In short, socialism from within, like a cancer and not a conqueror.

When we look at the problem as it has been framed above, the question is no longer the football-game-like “How do we win the election?”

It’s a simpler question: how do we unite the remaining 53% of the country who aren’t insane, drugged on entitlements, well-meaning neurotic urban socialists, or urbane proto-elites hoping for a spoils system?

The answer is through a clearer mission. Conservatism is making things work. Conservatives are the people who create the ends-over-means analysis that enables society to achieve its goals. Liberals are the ones who make the feels-good-man analysis that equal immunity from reality is what people want, and therefore is “good.”

The following battlepoints illustrate this view:

What we need here is not another platform in defense of the state, but a platform designed to create a new civilization on the ashes of the old.

We are the new radicals and we have a stronger mandate than revolution. Liberal solutions have destroyed America and Europe. They create more misery and alienated, lonely people who have nothing in their lives but liberal dogma and entertainment. We will not only un-do that damage, but bring us a new age of prosperity and happiness.

By thinking outside of the box like this, we can roll over the 200-year-old liberal cancer that’s been eating us away and build a new world on top of it. Voters now consider Congress, the media, government, and even capitalism to be defunct at this point. Let’s listen and rebuild. Every liberal failure is a possible victory for us.

The basis of liberal thinking has been that they are more rational than us, more compassionate and more educated. Let’s point out the obvious instead: rationality has failed us, as have education and compassion. When we focus on end results, we win, and that’s what the new right-wing can offer.

Election 2012 Part II: Quality is no longer an option | The allure of the honey sandwich