Election 2012 Part II: Quality is no longer an option 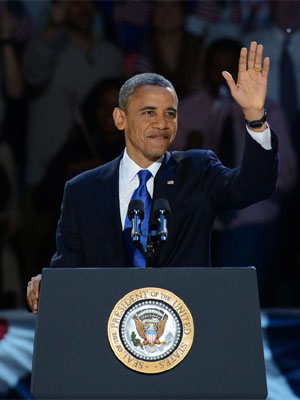 It must have been a shock for Mitt Romney to realize that in 2012, quality no longer matters to the voters. Quantity does, in the form of finding every specific interest group and pandering to them with promises of free handouts.

This is the fundamental flaw of democracy: not, as John Adams alleged, that it is inherently unstable; actually, it’s quite stable. Not, as de Tocqueville alleged, that the voters will discover they can vote themselves freebies, although that happens to. Its fatal flaw is that when the voters cannot tell the difference between real and unreal, they pick unreal because it’s easier and more pleasant.

Even worse is that voting itself teaches them that their only obligatory is to go cast an opinion. They aren’t required to know about it, or calculate the odds of its long-term success. They are only there to participate, and there’s no right or wrong answer. With this to train their minds, soon they drift away from reality entirely. In short, demagoguery arises from democracy.

At that point, the winner will buy out the voters. Don’t come up with a long-term plan; offer each identifiable group an identifiable bone so they know you’ll give them something. This isn’t voting as duty, it’s trading votes for promises. The hidden Achilles Heel is that these unrealistic promises tend to distribute the wealth, power and authority needed to make important decisions, and as such both paralyze the nation and reduce the function and thus value of its economy.

First, we should contemplate the question of what happens when the citizens cannot differentiate between good and garbage.

Is it an intellectual failing? Perhaps. A failure of our educational system? Unlikely: smarter people usually learn through experience as easily as school. Or is it a moral failing? Certainly our moral standards have been declining. Where in the 1950s, we dressed up to go out, had values involving bravery and self-reliance, trusted in if not God at least a sense of life having a divinity and purpose to it, we now have pluralism. Pluralism means that every lifestyle, opinion or method is right. All at the same time. In other words, chaos.

As our standards slide, we should look at the relationship our political decisions have to our culture. People like me don’t want to legalize drugs because doing so sends a signal of approval to our society, which then accepts drug use as normal, and that then changes the society around us. We have increasingly decided in favor of the individual and its absolute right to be as wrong or incompatible as it wants, or inappropriate, no matter what the long-term consequences. To our society, those consequences have been devastating.

This moral failing is what leads to a Democratic party that wages eugenic and genocidal demographic warfare against its native population, and that in turn leads to voters who whether Mitt Romney’s “47%” or not, will only vote for candidates that offer free things — and they don’t care about the consequences. Since the 1965 Hart-Cellar act, America’s population has become one-third driven by legal immigration, versus one-tenth before the act. Ethnic minorities rose from true minority status to 30% as of the year 2000.

What was the consequence of this change? A decreasing European-American share in the electorate. European-Americans tend to vote mostly Republican, because they believe in the idea of a shared value system and thus a majority. Democrats, on the other hand, are the anti-majoritarian party because they believe in pluralism. To a liberal, exceptions are more important than the rule, and tolerance for any method is preferable to having a common goal, because a common goal will inevitably constrain methods to what works.

The result is a country divided by race. The permanent association of “Republican” with “racist,” a catch-all term for those who do not endorse multiculturalism (diversity, multiculturalism and internationalism are all terms meaning the same thing). But the real result was that, through this 1965 act, Democrats were able to elect Barack Obama in 2008 and implement their plan for hooking the population on entitlements. Notice that city dwellers elected Obama, and these are the same people who apparently let Hurricane Sandy — the biggest storm in generations — approach and did zero preparation in advance?

But even worse, pluralism is now a permanent reality. There is no culture in common; there are no goals we share. Our countries have become large shopping centers and we are just occupants. And if you’re not down with that plan, your leaders plan to replace you with people who are.

I don’t want to say “All liberals are the same.”

But I will, because it’s true. Liberalism is a mental disorder spread through self-pity.

It causes people to act in similar ways. This is why all of history’s liberal republics have had short lives and followed the same downward curve.

The liberal method is pluralism, followed by social chaos, followed by strict control through handouts and terror, which in turn causes people to hide actual errors behind positive, dogmatically-correct statements. The nation then drifts away from any reality and falls apart from within.

When you look at the end days of the Soviet Union or Revolutionary France, you see this.

When you look at modern America and Europe, you see it also: there are certain things that cannot be said. Certain things that when said, truth is assumed, and the person saying them is admitted to the next level of income, socialization or popular esteem.

All liberals, whether the same or not, put their countries on the same path.

When you have an electorate that will vote for someone who promises freebies even when it’s clear there isn’t the money there, as happened in the USA and France and will happen with the EU approval in the future, you have an unworkable situation. You cannot win elections on sense. You must win those elections on lies. Specifically, lies that trade away the longer-term future for short term rewards that go directly to individuals and do not stimulate the economy, nor encourage good behavior.

How did the world respond?

They downgraded our debt as an investment. When you have a society that votes itself entitlements to win elections, the bill is presumed to never come due; their currency is worth less if not worthless. The the market plummeted. What is interesting here is not the temporary drop, but what changed hands to whom. This represented people getting out of certain investments, not divesting in general. They’re betting against us now.

The analogies to Rome keep getting clearer. The US is in decline not because of Barack Obama, but because it elected Barack Obama. Instead of a nation of thoughtful people, you now have a majority of amoral idiots who don’t care what they destroy. That’s a bad investment and a bad empire. It’s bad enough when the poor overwhelmingly vote for this theft. Even worse, it seems that our new elites are just as clueless. Who does that squeeze out?

This is part II of our Election 2012 coverage. Next: a plan for the new millennium.