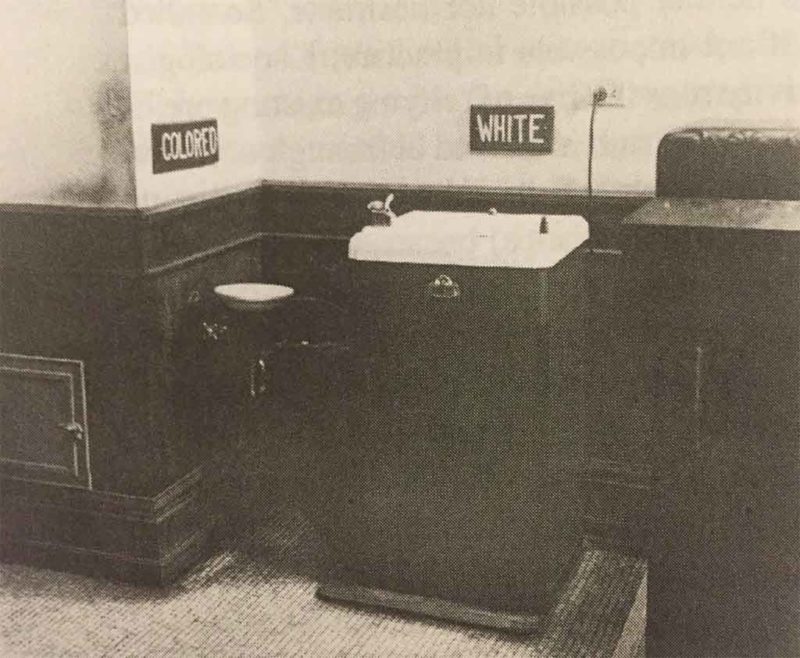 We know that diversity cannot work. Any group that wishes to survive will only be happy when its standards, genetics, values, and customs are on top above all other groups. It may take that further and realize that with the presence of any other group, it risks destruction by outbreeding, so all Other must go.

In South Africa, the white people tried to work around this problem. They did not hate their black workers and wanted to give them space in a thriving society. However, this backfired as it always does, because the more numerous workers will always overthrow their leaders and then, lacking the ability to lead, run that society into the ground.

We can see this in progress in contemporary South Africa, where the minority-majority government has decided to confiscate land from white farmers despite those farmers being more productive than most farmers, white or black:

…In his first state of the nation address two weeks ago, Ramaphosa made a direct appeal to poorer black voters – the core of the ANCâ€™s electoral support base – saying he would aim to speed up the transfer of land to black people.

Two decades after the end of apartheid, the ANC is under pressure to redress racial disparities in land ownership where whites own most of the land.

In other words, diversity will follow its usual course: one group is finally on top, and so it is going to supplant all the other groups, using the “egalitarian” methods of government to remove them. After all, once a law passes, it is the law, whether it is justice or not.

The action that Ramaphosa has taken is not pragmatic. If it were, he would be encouraging white farms, which produce most of the food for his region. However, he realizes that there is something more important: identity. For the black people of South Africa, who arrived late to take advantage of the white republic, to feel good, they must have control of their destiny and that means displacing everyone else.

Diversity is not as simple as black and white. It means that every group will be jockeying for power because only when a group is in control is it safe from the other groups. Only one group can assume the position on top, and every group will fight for it, rendering the pluralistic multiculture into a war zone where only cruelty prevails.

This requires us to accept the Machiavellian realpolitik of power, which states that power is intolerant, because one is either asserting power or losing it. Despite the tolerance rhetoric common in the West, these prison ethics determine who stays in power by refusing tolerance while preaching it for others:

Tolerance is rare and tolerance on the part of governments is practically non-existent. No ruling power ever has or ever will tolerate anything which is a direct challenge to them. They will not tolerate any sort of attack on that which they hold most dear. In Muslim countries, this means that anything anti-Islamic will not be tolerated. It is why, in Germany or Austria, questioning the Holocaust is not tolerated. It is why the Soviet Union, Nazi Germany or Fascist Italy would not tolerate opposition to their ruling parties. It is why Thailand does not tolerate disrespect toward the monarchy, because that is the foundation of their society. Liberal regimes today, be they republics or monarchies, tend to think they are immune from this. Not so. The rulers of Great Britain, for example, allow republican groups to attack the monarchy because the monarchy is not fundamental to their world view at all. Most European countries, the United States, Canada and so on do not have something so obvious as Islam in Iran or the King in Thailand but they very clearly have a narrative that is fundamental to their worldview and they will tolerate no opposition to this narrative.

Because of liberalism, they have to be more duplicitous about this than Chairman Mao on the left or General Franco on the right but they are just as intolerant as either of those examples were. They must show some restraint in order to maintain their charade but we have all seen the truth. If you challenge the narrative, you will be vilified, lose your job, perhaps even face criminal penalties. Your life can be destroyed for doing this because when it comes to that which they hold most dear, they are just as intolerant as any Spanish inquisitor, Soviet secret policeman or Nazi Gestapo agent. This is a fact of human nature. We can be tolerant but generally only for select periods of time and when all other options have failed. Even then, the tolerance doesnâ€™t really stay but rather becomes unnecessary. The reason for this is that when something is tolerated for long enough, it generally becomes accepted and, even when it is not, the ultimate end is that people stop believing such differences matter and replace them with new ones. Religious tolerance did not lead to Protestants and Catholics truly respecting each other. It led to people just giving up on Christianity altogether.

Diversity speaks a great deal about tolerance, but really this is each group hoping to disarm other groups with pleasant words of tolerance while acting to subvert them behind the scenes. No group can “tolerate” competition, as to have competition within the same territory is to risk being destroyed.

What is happening in South Africa has been predictable. The white settlers, imbued from birth with the idea of graciousness to the less fortunate, could rule over the blacks and, while brutally oppressing the unreasonable, bestow a decent life on all.

However, after apartheid died, the cultures that took over had no such illusions. Instead, each group is working for dominance, and the ethnic groups competing to rule Africa — Indian, Chinese, African, and Caucasian — are each attempting to subvert each other while maintaining a positive public face.

In the end calculus, this proves that diversity cannot work. Diversity creates ambiguous power and incentives for subversion and passive aggression between groups, where having a clear winner (as in apartheid) suspended this constant competition for dominance.

Nationalism provides a contrast. It allows each group to act in self-interest, but channels that self-interest toward the group improving itself. Diversity and ethnic conflict reduce. That makes sense, but it will never provide for perpetual rule as our Leftist leaders desire, so it has been made taboo.