“My fellow Americans, we must never, ever believe that our diversity is a weakness — it is our greatest strength.”
William Jefferson Clinton, State of the Union 1997 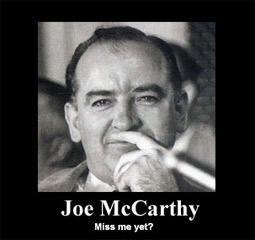 Twelve years after this insidious slogan was uttered and accepted by our obliviot voting population, the contrary results continue to reveal themselves. Maybe it is more accurate to look to 50 years of Civil Rights activism and our shift to open immigration that helped prepare the field and sow the seeds of decay that now blossom in our midst.

Terrorist incidents over the past 12 months show that Islamic extremists within the U.S. increasingly are launching attacks against targets such as military bases, anti-terrorist experts said today.

â€œThe threat is now increasingly from within, from homegrown terrorists who are inspired by violent Islamist ideology to plan and execute attacks where they live,â€ Mitchell Silber, director of intelligence analysis for the New York City Police Department, said.

But wait, isn’t there more to American diversity than individual actors dedicated to radical Islam? In the name of humanitarian political and economic asylum, American “social justice” advocates have been encouraging the remnants of foreign rebel armies to set up camp in your home town.

MS-13 is believed to have originated in El Salvador, as a response to a brutal civil war. But some immigrants to the U.S. brought the gang mentality with them, where it spread like a disease. They are known to be extremely violent and seem to go out of their way to commit the kinds of atrocities that will get them noticed by police and the press. Membership is said to range in age from as young as 11 to as old as 40.

While the social justice people are hard at work dumping the world’s problems on excessively privileged, and thus unequal you, science instead takes a hard look at population numbers and ecological footprint for an alternative to obliviot liberal activism.