Diversity Means We Are Slaves And Masters Forever 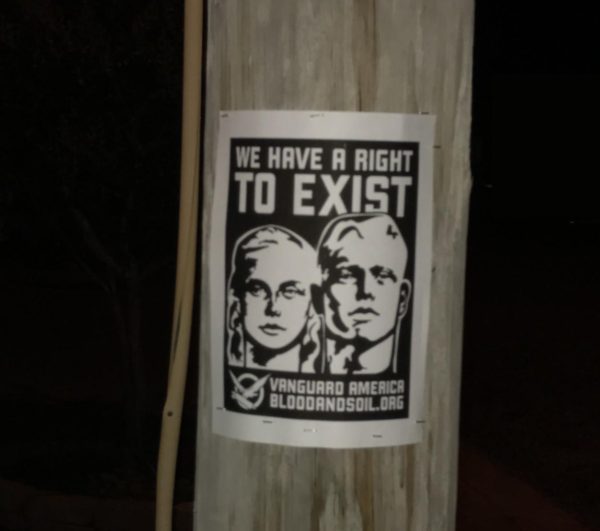 I have been writing for 25 years as of today with an idea that has reached the simplest and clearest point possible: diversity does not work. Not of races, not of ethnic groups, not of castes and not of religions or political philosophies. Diversity itself is toxic.

Most people have difficulty visualizing that because it is abstract. They cannot touch “diversity.” They cannot point to some object and say, “Look, there goes a diversity!” So they want something that they can identify which they can see is the problem, which is why there is a fixation on the rich/Jews/Negroes on the Right today.

This fixation causes them to miss the actual problem, but is not entirely wrong, which is why it is difficult. Partial truths are easier than whole truths. Here’s the fixation in its basic form:

The conservative, â€œequal opportunityâ€ solutionâ€”whereby we pretend there are no racial differences and we live together peacefully in a color-blind societyâ€”is therefore not possible. Cutting off racial preferences would almost certainly mean no blacks in the top colleges, law schools, medical schools, and other competitive environments. There would be just a handful in the next tier. Large elite state schools, such as UVA and Michigan, would have just a sprinkling of black faces, barely perceptible in their massive student bodies. There would be substantial numbers of blacks only at the least competitive schools. There would be almost no elite black judges, lawyers, doctors, or professors.

So, there are two layers here, and if we want to get to the bottom of this issue, we need to unravel both.

The first is that different ethnic groups are… different (in ability, genetics, and outlook). Well, no surprise there. Anyone with minimal world experience can tell you — in confidence, because we cannot admit these ideas in public in our “free” society — that people differ by race, ethnic group, caste, class, sex, family and individual. This seems obvious from the nature of life itself.

The second is that diversity itself does not work. Let’s recap:

While most people immediately fascinate with IQ differences, for those of us who are raging realists, the real question is difference. Any group that is different will destroy the ability of that society to have a single standard. A standard that includes multiple groups is adulterated, much as any outbreeding destroys an original group by replacing it with a hybrid.

In other words, even if a group has a high average IQ and is well-behaved, it will still create the crisis of diversity.

This informs us as we consult the ugly truth of diversity:

I do not see, then, how if the word â€œracismâ€ has any content, Charles Murray is anything other than a racist. He has argued: (1) that black people are dumber than white people, (2) that black culture is objectively less accomplished and worthwhile, and (3) that the Founding Fathersâ€™ conception of social equality, an inherently racist vision in its every aspect, is worth reviving.

The first contention is provable; African-Americans have a lower IQ than European-Americans. By itself, this fact means little, but it strongly implies that the two groups will be incompatible.

The second is a mystery to me. If one is in Africa, one does African things. These are not measurable by any outside standard. For this reason, I consider both “racist” and “anti-racist” positions to be nonsense on this issue. Africans do what they need to, and we cannot rank those as better/worse, because for the environment in which they arose, they are effective. Just as we cannot “judge” the creatures which adapt to the deep ocean, it makes no sense to try to pass judgment on human groups from radically different arenas.

The third is almost true. The Founding Fathers did not aspire to equality per se, only “equal treatment.” This in itself makes no sense because someone who is a longtime contributor of high IQ needs to be treated better than someone who has contributed nothing and is of low IQ. This is simply common sense.

However, the broader point is that diversity does not work. Different groups need different things. Each one needs to find itself in a society designed by its own people, for itself, administered by people like the founders of that group. Diversity destroys this.

This leads to another realization: there is no universal “humanity,” or “human nature,” only groups with their own ways. This even extends to the fallacy of globalization, which forgot that we are not only not equal in abilities, but more importantly, are not equal in what we need from society and how we want to behave:

It was only a few decades ago that globalisation was held by many, even by some critics, to be an inevitable, unstoppable force. â€œRejecting globalisation,â€ the American journalist George Packer has written, â€œwas like rejecting the sunrise.â€ Globalisation could take place in services, capital and ideas, making it a notoriously imprecise term; but what it meant most often was making it cheaper to trade across borders â€“ something that seemed to many at the time to be an unquestionable good. In practice, this often meant that industry would move from rich countries, where labour was expensive, to poor countries, where labour was cheaper. People in the rich countries would either have to accept lower wages to compete, or lose their jobs. But no matter what, the goods they formerly produced would now be imported, and be even cheaper. And the unemployed could get new, higher-skilled jobs (if they got the requisite training). Mainstream economists and politicians upheld the consensus about the merits of globalisation, with little concern that there might be political consequences.

Everyone agreed that we all were equal, mainly to prevent the lower castes from revolting. Then they agreed that all population groups were equal. With this reasoning, it makes sense to connect all of humanity together and make them one group. But outside of theory and in reality, this does not work so well, mainly because people, castes, races, ethnic groups and families are radically different.

But the bigger point is that equality is an illusion at all levels. Maybe Africans have lower average IQs, or maybe not. It does not matter. What matters is that groups are different, and so trying to “coexist” produces nothing but misery. Our society has denied this for centuries in order to uphold its illusion of universal equality. But that has failed, and so attitudes are changing.

What Keeps Us Back From Exploring the Stars? | Between Cuck and Sperg