If you watch Hollywood movies, they give clear advice to those pursued by another human: go hide in a crowd.

Our current mania for diversity reflects the individual desire to hide in a crowd. If there’s a dominant ideology, then we can be seen as not participating in it. But if there’s no ideology, culture, religion or group that’s favored, we’re all OK and there’s no way we can be wrong.

It’s a demographic equivalent to anarchy, a desire to destroy all standards so all individuals are equally acceptable, which is an emotional vision that is appealing to the individual who feels low in self-confidence but also sees the world through a filter of self, and so is trying to reconcile the two and develops a kind of “persecution complex” where they treat all effects in life as personally directed. 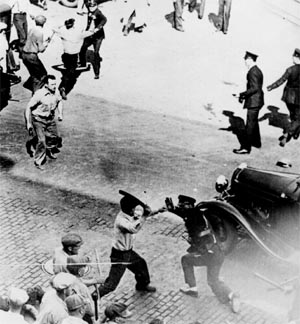 Yet on the other hand, if we want society to function in an orderly fashion, everyone has to be moving roughly in the same direction, and sharing the same values. That way we avoid endless arguments: “Well, who’s to say what’s right?” — “What fits our culture, which is the values we share in common.”

Diversity takes many forms. Religion, culture, ideology, ethnicity, race, class, intelligence, and moral character. All are destructive because they limit the ability of society to order itself, and thus condemn it to constant internal friction. In that state, the only ones who win are the cynical and cruel manipulators who quietly enrich and empower themselves through destructive acts.

Our “diverse” societies in the west have only really been diverse for about thirty years, and results are not encouraging. We’re getting more fractious and less able to agree, there’s less sense of a collective identity that motivates us to help others without being forced, and the general literacy and clarity of our populations are declining.

Even more, there’s a threat to diversity itself from “diversity” — or mixing all things equally — as we seem to think is important:

Racial interbreeding has occurred throughout the course of human evolution, retarding or reversing the creative process of evolutionary divergence. But geographic separation — by providing the conditions of reproductive isolation required for divergent evolution to occur, and for the resulting racial diversity to be preserved — has sufficiently limited the extent of interbreeding to permit evolutionary divergence to continue. So long as the condition of reproductive isolation of the races is continued and preserved, the racial diversity created by the process of divergent evolution will also tend to be continued and preserved. But if it is lost the reverse process of counter-evolution or devolution by interbreeding will tend to become stronger, and move the interbreeding races away from diversity and toward uniformity and the negation of unique and distinct racial characteristics.

And again, this applies to any kind of diversity. The most religiously diverse states are the ones with recurring religious conflict. The states with the broadest intelligence spread and class diversity are the ones wracked by class warfare. Any form of diversity increases internal conflict and makes the nation unable to act on a consensus, agreement, accord, etc — in other words, it doesn’t act, and so the really big long-term problems pile up and poison it.

I am opposed to racism.

I think however we need to get past our fear of taboos and do what is sensible. Diversity benefits none of the participants.

I think racism, or the consideration of others as superior/inferior, is bad philosophy. It assumes there’s an arbitrary purpose to life outside of adaptation.

Even more, we have to make a choice: do we want to be ruled by powerful bureaucracies, who are needed to keep order over a huge group of people with little in common? Or, do we want to regulate ourselves through agreement on what our values are, and the organic means of keeping a nation together: shared culture, genetics, language and values? 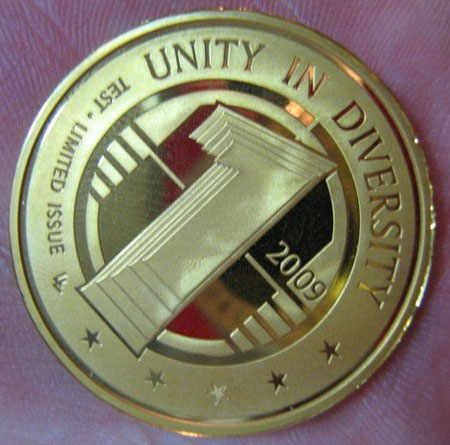