¡#DIVERSITY! Inc. Is A Lethal Self-Contradiction 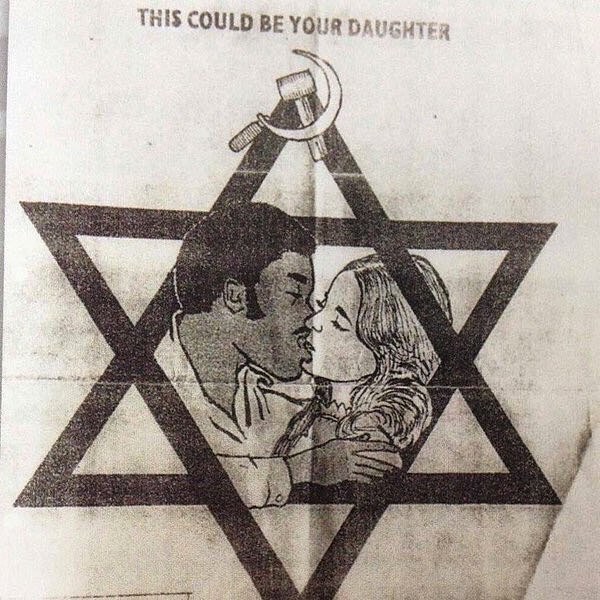 The Left doesn’t like the way America used to be. They’ve created a new people and culture. They want to be Amerika. Show ’em what they win, Dom Pardo!

¡#DIVERSITY! Inc. is yet another way in which Socialism leads to death. When everything, literally everything is the same, you create a safe space. A veritable clean room where all impurities of thought, deed or spirit have been sucked out via the HVAC system. This is great for reducing the defect count when you manufacture highly sensitive silicon chips. When you are manufacturing the next generation of humanity, it is a poor evolutionary strategy. You successfully inoculate them so well from reality that you get a fundamental herd immunity against common sense. It produces a real-life version of Voltaire’s satirical seventeenth century proto-shitlib Candide.

When writing Candide Voltaire was striving against Enlightenment inertia like a poor, hapless drunk pissing athwart an activated wind tunnel. He was trying to teach Jean Jacques Rousseau and the other Shiny, Happy People of his circle a fundamental lesson about life. Those who play stupid games win stupid prizes. Candide went around with a wise teacher Dr. Pangloss who had brain-washed the poor young lad into believing that “this is the best of all possible worlds.” We could just hug and drug our way to harmony. All of life would be an early 90s underground Seattle Nightclub. The cover band, Temple of The Rottweiller, would totally shred this bitchin’ cover of Crown of Thorns.

In Voltaire’s version, some pissed off Boyz in Blue would go full-metal swat on the nightclub, and then Candide’s favorite X dealer would roll over like a Pomeranian. Still Pangloss would remind Candide during the humiliating booking process that all those homies on Cell Block J weren’t bad people and that this was the best of all possible worlds. If ISIS had existed back when Voltaire still blogged, there definitely would have been a chapter about this.

A young American couple who thought that “Evil is a make-believe concept we’ve invented to deal with the complexities of fellow humans holding values and beliefs and perspectives different than our own,” quit their jobs to bike across central Asia. This idealistic young American couple was killed in an Islamic State-claimed terrorist attack last month while cycling in Tajikistan.

I should stifle my intuitive reflex to cheer for ISIS on this one. It reminds me of an old Internet Classic posted by The Misanthropic Bitch. It involved the story of young, idealistic and predictably Leftarded Amerikan woman who went to Guatamala to ¡HELP! Apparently, a bunch of the local cholos decided these women could help them play a nice little game of Hide The Chorizo. The LibTwats were dragged off their Blue Bus of ¡DIVERSITY! and inseminated with the subtle gentleness used when the dairy farmers have Charlie The Bull over to knock up the breeding stock.

Was I shocked? Horrified? Did I gaze deeply at my navel and ponder how I’d feel if it were my sister who got the involuntary hook-up with Mistah Chawlie? Not really, once I’d finished laughing my ass off at these hyper-privileged, over-edumuhcayted Librawltards. My only real problem with Chorizo Banditos is that given our country’s effed-up immigration law enforcement, they could be in Huntsville, AL next month playing the same cute little games with the Lay-Dees.

We laugh when The Guatamalan Rape Battalion or the ISIS thugs off dumb shitlibs who stray outside the comfy bubble. It’s what they get for arrogantly assuming the whole world would just mellow out to their condescending view of dreamy swellness. We don’t laugh when these people come into our space and behave just as violently.

When we are too stupid to bother worrying that young men from foreign countries show up in the US and ask how to fly planes, but are not particularly curious about how to land them, the results of this mass immigration remind me a visit Brennus paid to Rome in 390 BC. After the predictable ISIS bicycle rally, “vae victis” was his valediction. That next sleepwalk that True-Blue Amerika takes in the homogenized ¡DIVERSE! safe space could well be a permanent dirt-nap.