Free from desire, you realize the mystery.
Caught in desire, you see only the manifestations.
Lao Tzu: Tao Te Ching 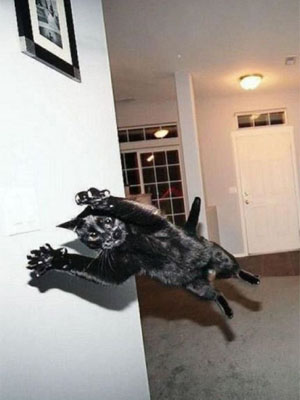 Desire.
To want something you don’t have.
Thus missing, completely, the benefits of what you do have.
You have far more than you think you do.
But you don’t realize it.
Because you…
Desire.

Desire…
Takes many forms.
Sex, drugs, alcohol, equality.
Freedom, respect, money, status.
You don’t have what you want.
Because you want it.
Because you…
Desire.

I’ve observed, often, the behaviour of leftists.
There is obviously something missing in these people.
Happiness. Contentedness. Balance. Humour.
Openness. Reason. Compromise. Grace.
There are quite a few things missing.
It is easy to see the results, but not as easy to see the cause.

It begins with a lack. Usually it is a perceived lack.
An observer will be unaware of anything lacking. At first.
An invisible lack, then. Intangible.
But the lack, to the one lacking, is all-consuming, and intolerable.
A wrong that must be righted!

The leftist demands his lack be made good, by those who have no such lack.
For it seems to the leftist, his right, to lack nothing.
He looks outside himself, to find this thing he lacks.
Never inside.

He bands together with others who decry their lack.
They identify their enemy as any who do not lack.
And demand, from their enemy, concessions to address this outrage.
This lack.

The enemy is connected to the whole universe, and draws sustenance from it.
The one who lacks, lacks a plug to draw from the circuit.
“Who needs a stupid plug?” he cries. “I need what you have!”
“We have plugs”, comes the unheeded reply. “And so do you.”

It makes no sense to the lacking, for in their lack, they imagine their lack is caused by vast conspiracies and schemes. They devise names and labels for the myriad injustices that result in their lack. They rage against these, and make their demands. They are not interested in anything so mundane as plugs.

Somewhere, inside each of them, lies a plug. Forgotten and ignored. Overlooked and buried. This simple thing, designed for one purpose only. To address all needs, and ensure there is no lack. It is standard issue. Everybody has one.
But to the lacking, it is a pathetic, imaginary prop, for the weak.

To those who have no lack, what they face is madness.
They try to explain to the lacking, that there needs be no lack.
They wish to assist, and to care. They know suffering when they see it.
“Take this plug,” they say, “and connect yourself to life”.
But their good and honest intentions result in only more rage.

It is all so easy, and yet so beyond all means.
This thing that is lacked, by all those who lack it, is, and always was, within themselves.
But they don’t know it.
Because they…
Desire.