Democracy is the assumption of guilt 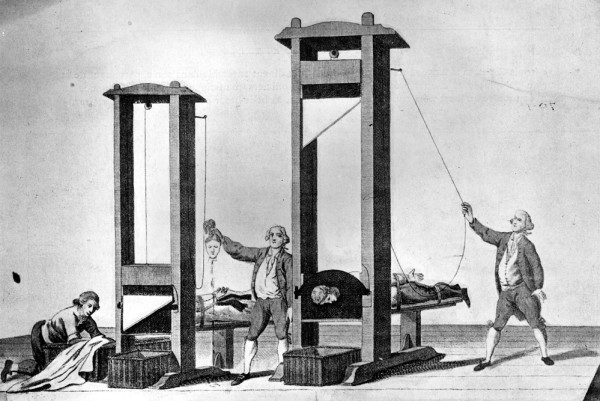 Democracy is a variety of individualism, and individualism itself — which prioritizes individual impulses above feedback from reality — is a variety of fatalism. In each of these, the assumption is made that the world is a terrible place and it can only be corrected by making a human substitute for reality.

This human substitute for reality is a weird twist of our psychology. The thinking goes that life is bad, and death is too scary to contemplate, so in the meantime we will create a warm room filled with interesting people and focus on that. There we will find meaning. There, in other humans, lies the only goodness in life.

From that type of fear and trembling comes the idea that since life is bad, we must spend as much time as possible on ourselves. We do not want culture, values, heritage or religion restricting us in any way. Those things limit what we can do, and we want to have no limits, because we are — well… — desperate in the face of death.

One of the many problems of diversity is that this negativity carries forward in the assumption that all individuals are victims of life and that the only solution to that victimization is for all of us to join together in a warm room and act to save them. Even if they have done nothing to save themselves; in them, we see ourselves, and we fear that we might be similarly adrift and lost, absolute to be swallowed by the black void of non-existence.

For that reason, before the question is even asked in a democracy, the answer is known: give more rights and benefits to anyone who does not have them; let the guilty go free; always destroy anything more powerful, more beautiful and more intelligent than we the herd.

In a democratic time, because people are primed to see badness in life itself, they are always in need of enemies. Dissidents who offer actual alternatives to democracy are thus hunted to extinction by people who, giddy with fear and delight in their own power, see in those victims a chance to advance themselves. This is why the enduring symbol of democracy should be Guillotines and Gulags as these are necessary parts of its psychology. You do not have Stalin, Hitler, 1984 and Brave New World without democracy to create them!

This quest for enemies guarantees conformity among the herd, and so, many decisions down the line, people have done what dogma says is right and imitated past successes so that the agenda never changes, but the franchise always expands. More people will always be democratized. First it was class, then sex, then race, and now it must cross borders or — well, who wants to be the next to face the guillotines and gulags gang?

A chain of events such as that produces the time of sheer comedic horror we see in Europe and the USA today:

Unlike those in other European countries, far-right parties in Germany have had little success in national elections and have been rejected by the overwhelming majority of Germans.

Reinhold Schlemmer, a former Communist who served as the mayor here before and immediately after the collapse of East Germany, said people like Niemann would â€œhave been put in prison right awayâ€ during the communist era.

â€œNow they can stand up and preach,â€ he said. â€œPeople say this is democracy, but I donâ€™t think it is democracy to let Nazis say what they want.â€

Under democracy we must have enemies, and that wide and nebulous category quickly expands to mean anyone who is not preaching the dogma. Remember, democracy needs enemies, so they do not have to be actual threats so much as opportunities for punishment and through that, re-assertion of The Narrative.

This assumption of guilt means that no matter what we do, we are always to blame and need to subsidize those who are struggle, because under the democratic assumption of equality, there can be no reason for their suffering except that someone removed them from a position of equality. The guillotines and gulags gang always needs a scapegoat!

Even in legal form, this approach manifests in the presumption of majority guilt whenever a minority flounders:

In the case of Griggs Vs. Duke Power, the SCOTUS found that Duke Powerâ€™s policy of only hiring employees with either a highschool diploma or who had received a particular score on an IQ test was racist because it disproportionately affected blacks, who are more likely than whites to drop out of highschool and score worse on IQ tests.

The doctrine of “disproportionate impact” shows the assumption in full play: if blacks are not performing up to white standards, the cause must be white racism and the solution, white subsidies. (Never mind that this is essentially telling black people, “Oh, never mind. You’re incompetent. We’ll give you free juice and cookies so you don’t mind being treated like retards.” This is why some of the most intelligent black thinkers, like Marcus Garvey, Osiris Akkebala, Thomas Sowell and Malcom X have rejected the devil’s bargain that gives blacks two ways to be dependent on whites.).

If any broader point can be abstracted from this situation, it is this: democracy is tunnel vision. It sees only its own assumptions and uses confirmation bias to make them come true. It refuses to see any other point of view because its paranoia and scapegoating converts all other points of view into opportunities for attack. Once you go down the route of democracy, there is no stopping point, only increased levels of democracy and hence, dysfunction.

A sensible plan involves the remaining adults in the West to agree on a single thing: end liberalism, which requires ending democracy, diversity, globalism, the welfare state and the nanny state. So far, people have been unable to achieve this unity because they are stupid simians who are more interested in self-expression and appearing “different” than concentrating on hard solutions. But as the disaster worsens and their pretense cheapens, many will be tempted toward this new way. We only need about 1% of the population that, if they could be as motivated as liberals, would tip the balance toward a revolution against the Revolution. By any means necessary.

In the meantime, I suggest a simple decision tree — to be applied to absolutely everything:

When you settle for merely conservative you end up with incompetent conservatives because the competent ones, who are rarely as good at manipulation as the incompetent, never enter the picture. Without enforcing Darwinistic selection on ourselves, we get nowhere.

By conservatives, I mean all of us realists who also realize that we need some kind of transcendental goal. Realism leads to transcendentalism because to be a realist is to eventually see the beauty of the design of our world, and to start to live for those more interesting goals like beauty, truth and goodness. We are the option to liberalism, because anything which opposes liberalism and does not call itself conservative gets rapidly absorbed. And we have a world to save, because we all know where the tunnel of democracy ends.

Asking questions of the defense | Science and Neoreaction