Democracy Ends In A Flood of Bankruptcies 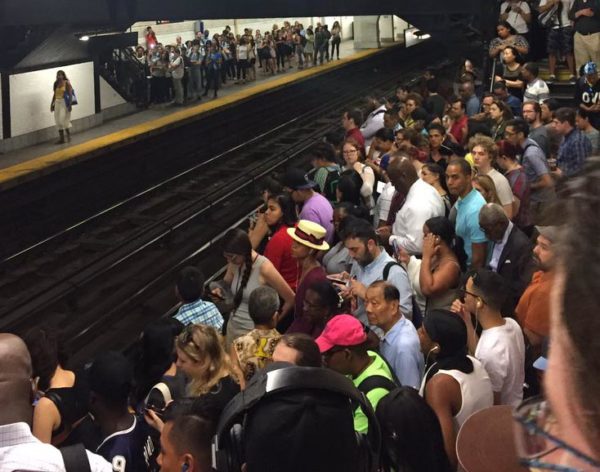 Utilitarianism is the idea that you do what is best for the largest number of people, but you find out what this by asking them. Since most people have limited awareness of the future and consequences of actions, and since everyone else goes with the flow because of instinct toward pack animal behavior, this means we vote for free stuff now and leave it up to the future to pay for it.

That worked, or seemed to work, when the economy was booming thanks to the second world war. But then, over time, something went wrong. It turned out that we could not tax, borrow and spend without in turn savaging our economy, which responded to our easy money policies by making that money worth less in terms of buying power.

Between those two factors, the entitlements system — including its welfare state designed to appease a minority underclass — has collapsed in a series of bankruptcies. Several states, including Illinois and California, are broke and way in debt, just like our federal government. And other institutions are facing impossible commitments as well:

The Postal Service has already defaulted on $33.9 billion in health benefit pre-payments. Left unresolved, the rapidly growing debt means that American taxpayers eventually could be forced to cover the massive costs when future postal retirees seek to cash in on the benefits to which they are legally entitled.

…The Postal Service on Thursday reported a quarterly loss of $2.1 billion, compared to a $1.6 billion loss in the same period ending June 30 last year. That came after double-digit growth in package delivery was unable to offset drop-offs in letter mail, which makes up more than 70 percent of total postal revenue.

When you are buying votes, it is easy to promise that you will give people money. Since the 1950s, the largest growth in government spending has been entitlements, or payments directly to citizens. But over time, these commitments become more than the economy can bear, which leaves us with promises to pay with money that is not there.

Europe is in the same condition, as are American consumers who have racked up over $1 trillion in debt. When you build your economy on free money, soon the money is worthless, but you still have to pay for what you promised in the past, which makes the entire situation so ludicrous that people might as well borrow themselves into oblivion, since money has become more about government and herd approval than actual economics.

When you base policy on what people think they should think, instead of actual thinking, you end up with this type of disaster. They spent all the money and borrowed more, and now the only way out is a crash. This will coincide nicely with the immigration crisis, environmental crises, political disasters and collapsing demographics to end Western democracy.