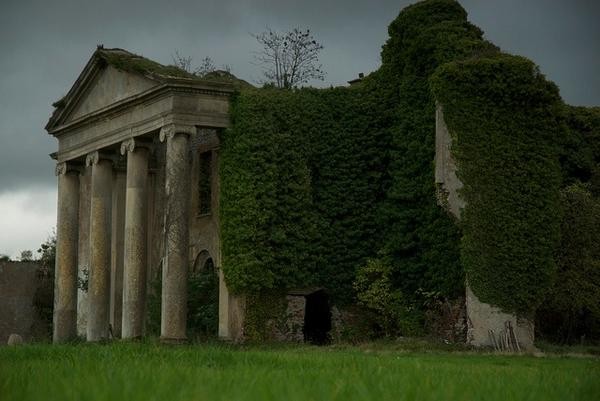 Our world suffers a surplus of billions of people. I do not mean this from a materialistic and utilitarian perspective, but an ecological one, meaning that we have imposed upon our ecosystem a pernicious overload.

Planet Earth probably possesses enough resources to keep the current population alive, but a healthy ecosystem does not present such a low richness of species. As human habitation expands, we find we are left with cities, developed rural areas, and a few national parks to preserve natural land for human enjoyment. As a result, the only creatures we see on earth in the future will be humans and those that depend on humans, like the ever-present rats and pigeons of the city.

The alarming increase in population growth of humanity also suggests an unhealthy ecosystem. This is a threat not only in terms of quantity but through an unprecedented influence over the environment that goes far beyond what any Paleolithic man could have imagined. Certain human populations grow fastest because they rely on r-selected reproductive strategies, which emphasize survival through high birth rates. Combined with low mortality rates in first world countries, this creates a condition where human numbers always increase and would require a world cataclysmic event — comet strike, nuclear war, fatal pandemic — to decrease population by a statistically measurable amount.

The world has moved towards an almost absolute imperialism of exploitation activities, where what is not considered as urban, by default, becomes rural, but it is always an economically feasible resource. The mass migration to urban centers has resulted in population explosion and urban expansion, plus the desertification of soil surrounding urban centers, while rural life has been relegated to a simple activity for the exploitation of agricultural resources. The areas that do not show any human intervention are very few and in danger of extinction as the population expands, because each person added requires not just space to live but resources for the food, water and products necessary for survival.

Despite the many environmentally-friendly alternatives proposed throughout the decades, sustainability has revealed itself as a myth in the process of disintegration just like democracy and equality. We cannot “sustain” a reckless population that has no reverse gear and no off-switch. The idea that all of us can crowd into this planet and drive Priuses, eat tofu and live in 200 sq ft micro-houses misses the point that it is our need for resources and public spaces that crowds out nature.

The earth as an organism will survive us. We are in geological time a blip and as with most species, we will statistically be inclined to exceed our carrying capacity and eliminate ourselves through our inability to regulate our numbers. Life becomes a Moloch that demands death when the life that occupies earth serves no purpose other than to grow and feed, destroying the natural balance and diversity required for ecosystems to keep life as a whole — including non-human life — alive.

Is there is a vital balance if death is not present? If death is the absence of life, then death is the default condition of all, and in order of a balance to protect life, death must be accepted as part of the universe. Death is part of the life cycle, and the fact that life is a struggle against death that can be stopped only with death itself makes death something natural, normal, and necessary. And as we see that the absence of death leads to death for all, we realize the wisdom of this natural design.

Accommodating Molly by Candida Crewe | Progress is no longer an option