Daily Reminder That The LÃ¼genpresse Is Not Trustworthy 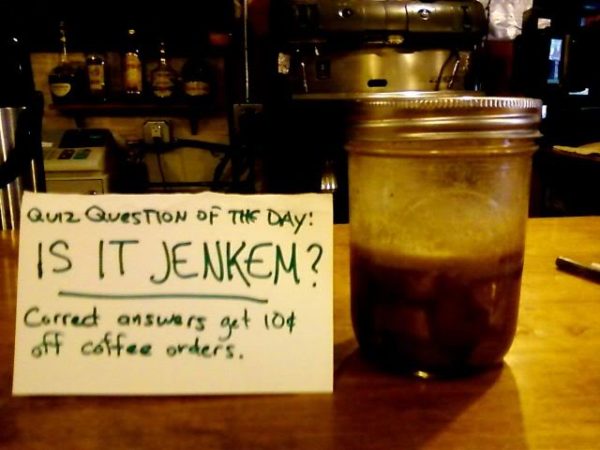 Any time you are tempted to take the lÃ¼genpresse too seriously, remember that they get trolled all the time. Their entire modus operandi consists of thinking up some hefty clickbait and then finding someone to say something, anything, that seems to make it legitimate.

Although it fell into the memory hole a couple years ago, the best example of this was when the BBC got trolled into reporting on a drug made out of sewage:

A sour smell rises in the hot sun, but the boys seem oblivious to the stench and the foul nature of their task.

They are manufacturing “Jenkem”, a disgusting, noxious mixture made from fermented sewage. It is cheap, potent and very popular among the thousands of street-children in Lusaka. When they cannot afford glue or are too scared to steal petrol, these youngsters turn to Jenkem as a way of getting high.

“With glue, I just hear voices in my head. But with Jenkem, I see visions. I see my mother who is dead and I forget about the problems in my life.”

Whether the reporter wanted to satirize the drug war, or just got taken advantage of by some local kids with a sense of humor, the end result is that one of the world’s biggest non-tabloid news agencies trolled itself into printing tabloid fodder. No doubt it got them the attention that they crave since this story continues to be a top destination on their site.

The idea of Jenkem is so, uh, totally disgusting that it captures our minds immediately, and even lefty white people are so covertly racist that they love stories about how backward and poor Africa is. It is a clickbait of clickbait, a meme in itself, and if reporting fake stuff makes you famous as a journalist, well who cares then if the story is true?

Now consider the Trump dossier. They reported that he engaged in sexual acts involving urine. Maybe the lÃ¼genpresse has a bodily waste fetish? Either way, someone should have heard alarm bells and double-checked that one. Nope! It fit into the story they were trying to sell, it consists of the kind of salacious detail that none of us can stop ourselves from clicking on, so into the papers it went.

American media is dying because people on the internet do not need to sit in front of a TV or read through a newspaper. Web pages and YouTube are, like, three-dimensional, maaaaaan. They can skim the headlines and skip all of the usual nonsense, or flick their way through a video, and that sucks for advertising, so the easy money is long gone.

As media dies, it is becoming even more creepily pathetic in its desire to make us click, like the weird stalker who camps out in a sewer to get a “souvenir” of the person he is stalking. But remember, they were always this way, even back when they were making real money. The news is a product, and they will lie to you whenever you can, as long as you keep clicking.