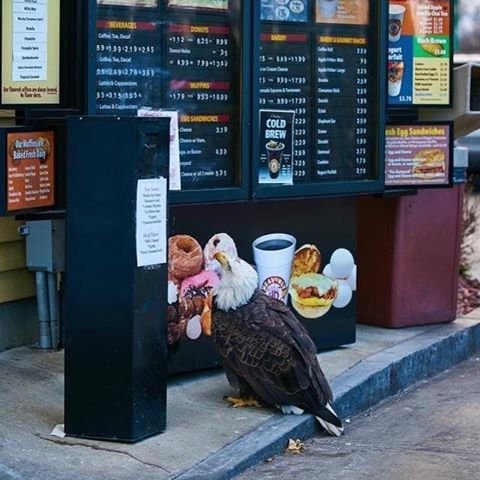 I. Some comments on NPR1

I was delighted to listen to the first episode of Nationalist Public Radio and to find a circle of notable individuals with different areas of expertise that are not just smart enough to excel in their areas of thought, but to know how to be flexible to try and understand each other. The conversation was smooth, the density of the content was high, the waypoints were made and advanced was both natural and rich.

There were a couple of points that appeared excellent prospects upon which to start a topic relevant to this point in time. That is, if we are going to take the reins of our evolution or if you are just going to allow Leftists to crash land this ship anywhere for the sake of their feelings; and if so, what is the most sensible and reasonable way of going about doing this.

There are four particular comments in this first episode that are of interest here. The first was the idea of tracing our steps back to when humanity took a wrong turn for the worse. I assume this means investigating and studying it, so we can know how to advance somewhere whence we can correct the situation. Reversing is not only practically impossible but seems like a most inefficient way.

The second was a briefly-discussed question regarding being on the right or bad side of history. This is a question of whether or not you care more about results or about your reputation with whatever kind of status quo reigns the future of humans. That is the only thing that decides whether you are on the right/good or wrong/bad side of history; usually, those who are losers at a given time are seen as being on the ‘wrong side’ of history sooner or later. The case is obvious for the three German Reichs; it is less obvious for Europe today (which is ‘defeated’ ideologically from inside as if by a cancer).

A third comment referred to the ability of those with a higher level of general intelligence to self-program, to enforce self-discipline and so change themselves. This is a great comment that should be remembered when discussing and taking policy. For it is through evaluation, will and action that we can become better; this is something to which we will come back in detail in this article.

Fourth comes something I am in strong disagreement with: the idea proposed during the radio show that those who amass wealth tend to be intelligent, conscientious and generally not physically violent. These three are patently false and could stem from someone who happens to come from a nice family that was able to amass a certain (or a considerable) amount of wealth.

In our kind of society, one does not need intelligence to become wealthy; one merely has to keep the goal of being rich in mind and work steadily towards it as a priority. This is why many people with a robot-like mentality, that sacrifice themselves six days a week and place the idea of wealth and affluence as the sole thing to fill their empty lives, become rich in under a decade, and rather wealthy in a few.

This, rather common, kind of wealthy people are rarely, if ever, conscientious about anything but what pertains their self-assurance in wealth. Many, are actually prone to violence, but are ‘smart’ enough to keep it in when it is convenient to do so, and then take it out in one way or another â€”including actual violence inflicted on less powerful individuals, with a variation on the kinkiness factor.

As was mentioned by one of the speakers, natural selection does not really care about anything; it is incorrect to talk about good or bad in terms of it since it is only determined by who lives enough to reproduce itself. That means that evolution could go in any direction, irrespectively of what we as sentient beings with a certain ‘moral’ predilection think or want.

It could go full Idiocracy, that painfully illustrative movie; or it could also go full Iron Gates, that sadistically painful and illuminating pulp fiction novel by Martinet Press. It will definitely not stay the same or become as most innocent sheep in society want it just because they wish it were so.

If we did plan on taking a manner of control over this evolution, to make it a conscious change rather than one subject to all kinds of forces but our own, we would have to ask ourselves just what traits do we desire to see grow and develop in future humanity. Some may simply elect to justify themselves egotistically and claim that it is just natural to want to see your own genes spread. This latter is an animalistic mentality without what the ancients would consider noble. Do we, rather, want an all-around better species? If so, what is “better”?

Some of us would propose taking the image of perfection — as per classical antiquity — as emanating the ideas of a hypothetical Golden Age. This entails striving for a balance of body and mind, which is a goal that is not necessarily achieved by everyone but is recognized as the ideal. It involves an improvement of all abilities to the maximum, which shows and promotes character and endurance, themselves crucial in the upward scaling of the higher exponents of humanity. Apart from this is respect and conscientiousness for what is deemed to deserve respect on nihilist-realist grounds.

To these ends, a new culture must be developed and promoted. It must be decided if this is to be a matter of politics or of spirituality. The answer is probably the latter, since spirituality is always a part of the culture, while politics are usually specific decisions that arise from the time-specific needs of the people based on their culture. Apart but related to this is whether we just want to develop a culture that can nurture us towards a better future or if we want to improve genetic predisposition (this is where the question of some kind of eugenics comes into play). These are, of course, matters of concern for realists that can see the needs of a better, happier and more full humanity, rather than succumb to the pity for the tears of those too lazy to exert themselves beyond their present comfort.

To conclude, we may notice that this will entail a discussion of an ends versus means issue. In it we must recognize that there is no absolute freedom to be found anywhere; rather, there is only a choice in whether we submit to this or that idea or authority. You may decide you want to bow down to conformity and compromise the future for the sake a momentary commodity; or you may give your life purpose in the name and direction of excellence and high ideals.

In reality everything and anything must be achieved; nothing is awarded as a gift or title in exchange of sycophancy or money as it is in the illusion promoted by a decadent human society.

This propels us to the fundamental question of human society: do we do what needs doing for a transcendental goal, or do we respond to what most people reward, and assume this has a transcendental quotient based on an assumption of an attribute of “humanism” to its function?

For example, consider the problem of jobs:

Livingston directly confronts the issue of socially necessary work with what he calls socially beneficial work, a somewhat slippery concept The former faces the same forces of routinization, speed-up and, finally, elimination like many jobs, whereas the latter retains its desirability â€“ as meaningful work â€“ even though it is often valueless as a source of compensation.

The ultimate question for Livingston â€“ â€œWhy canâ€™t we stop working?â€ Or, to rephrase it, why canâ€™t socially beneficial work become dominant?

Livingston approaches this question by extending the discussion beyond jobs to define the larger issue here: what do we need to live full lives? He begins by referring to Freudâ€™s statement that to be fully human we need love and work.

There are two models here:

Jobs should be a means to the end of the transcendental: we do what is necessary in the material to make our vision of what is excellent become real.

Instead, we have made ourselves instead slaves of what is convenient; commerce and popularity dominate culture, instead of the other way around. This is a path toward the destruction of ourselves as a civilization.

That is, if we are going to take the reins of our evolution or if you are just going to allow Leftists to crash land this ship anywhere for the sake of their feelings; and if so, what is the most sensible and reasonable way of going about doing this.

The first path leads away from this, but the second leads toward it. Knowing the difference is the choice between suicide and rising to new heights in evolution, morality, realistic adaptation and mental clarity.