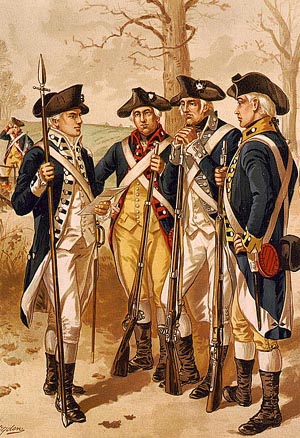 In Part One of Three, we discussed the problem of modern conservatives who want to be truthful: an alienated underground “vanguardist” element who talk too violently about race, and a mainstream neoconservative element who don’t tackle any problem that conflicts with the diversity dogma of the mainstream left.

We are struggling with a hard problem. Democracies by their nature favor popular notions, not difficult choices. As a result, they rapidly become generators of wish fulfillment scenarios, where people talk about “could have been” and “maybe if” positions that have zero bearing to the actual consequences of our actions. Instead, we talk about feelings, emotions, possibilities, new theories and popular ideas.

As Friedrich Nietzsche and later Christopher Lasch have warned us, the problem with being human is that we have the ability to shut out the world and pay attention to only our own thoughts; social thoughts, like those of others or the memory-impressions of movies and pictures, also seem like our own thoughts. Soon we are living in a fantasy world where consequences are unimportant; conservatism is the force combating this weird human dysfunction.

From an unusual source:

But I reckoned without any knowledge of the human content of the â€˜right-wingâ€™. From the millionaires to the scared little people who attend the endless, pitiful â€˜conservativeâ€™, â€™100% Americanâ€™, â€˜old-fashionedâ€™, â€˜constitutionalâ€™, â€˜statesâ€™ rightsâ€™ meetings, I learned by bitter experience that the human material of the right-wing consists 90% of cowards, dopes, nuts, one-track minds, blabbermouths, boobs, incurable tightwads and â€” worst of all â€” hobbyists, people who have come to enjoy a perverted, masochistic pleasure in telling each other forever how we are all being raped by the â€œshhh â€” you know whos,â€ but who, under no condition, would risk their two cars, landscaped homes, or juicy jobs to DO something about it.

I also grew to know the people my wife and I came to call the â€œdie-hardsâ€, for some obscure reason I canâ€™t recall. These were the perennial â€˜patriotsâ€™, the eternal attendees of meetings, the inexhaustible babblers, the super-clever know-it-alls who are going to â€˜throw the election into the house this timeâ€™ and the disgusting hobbyists who discharged their pent-up â€˜patriotismâ€™ once a week or so in the masochistic orgasm they seemed to obtain by flagellating themselves with the latest outrages of the Jews. These people seemed to have been â€˜fightingâ€™ the Jews all their lives, decade after decade. Their standard reaction to anything they didnâ€™t think up themselves in the way of new schemes for sneaking up on the Jews was, â€œI was fighting this thing before you were born, son.â€ This was supposed to send the upstart packing, as if people who had spent forty or fifty years fighting so unsuccessfully had any business opening their mouths at all. These â€œdie-hardsâ€ would insist on bending oneâ€™s ear endlessly and at all hours of day or night. Any attempt to escape from them was taken as a personal insult. My wife and I grew to dread the sessions with the â€œdie-hardsâ€, who were not interested in doing anything except talk and were World Champions at the pastime. – Counter-Currents

This is an excerpt from the writings of George Lincoln Rockwell, an American National Socialist (Nazi). I don’t know much about Rockwell, but in the piece above he reveals a good deal about where conservatives are stranded: we are split between a mainstream that won’t tackle the underlying issues of our civilizational decline, and an alienated vanguard who will discuss these issues but do nothing effective about them. It’s a horrible place to be.

In Rockwell’s case, he sees the culprit as organized Jewish-Americans and Zionists; I, being more of a grim Nietzschean, see the culprit as masses of disillusioned and self-pitying people who believe in nothing but themselves. These narcissists collaborate to destroy social mores so that they feel less like failures and more like they have a purpose, but in reality, nothing will fill the holes in their souls.

The average liberal is an inwardly miserable, neurotic, self-hating, society-hating, fear-ridden and indecisive person. They cluster together to let social mores dictate the decisions they’re afraid to make themselves; at least that way they have someone to blame but themselves when things go wrong.

Either way, we as conservatives face a brutal prospect: our opposition has ideas that will always be more popular than ours because they:

It is a perfect virus. If anything goes wrong in your life, you want to hear that it isn’t your fault; the big corporations screwed you; you should quit that stupid job and become an activist, artist or musician; you will lead your people like Moses toward a new Enlightenment; when it arrives, they will all recognize you as the inner genius you secretly are.

Fast-foward back to reality, and you’re still an embittered office assistant living in a basement with more credit card debt than positive prospects. The credit card industry feasts on you because you’re the perfect victim. But in this wish-fulfillment fantasy of liberalism, you get to take your revenge and be a hero, too. It’s an immaculate daydream.

The problem is that the far right has bought into this same liberal narrative.

In their vision, which is equal parts Mein Kampf and They Live, a bunch of shadowy Semites have taken over Western civilization; things go wrong for good people because The JewsTM engineer it; you might as well quit that stupid job and become an activist-cum-jihadi; when the “Day of the Rope” arrives, the traitors hang and America transitions to a National Socialist government, you’ll be seen as the hero who never gave up in the face of adversity.

Mainstream conservatives have a similar mythos, but it’s actually much simpler: there’s a right way to do things, and a wrong way. We’ll do them the right way. Some day, when either Jesus comes back or society runs into greater instability, it’s going to be clear that We were right and everyone else had their heads where the sun don’t shine.

The problem with all of these is the same: they are projections into our future of moral judgment on a world that is not morally aware, and is governed by individuals whose individual emotional outbursts and narcissism dictates its downfall more than any organized oppressor, whether The Jews, The Racists, The Corporations or even Jesus Himself.

Until we are willing to look at the present time, and realize that politics is more than personal, we are doomed to repeat our past errors. It’s not about who was right, or will be right. It’s about avoiding patterns of behavior that we know from history are destructive and pointless. It’s a fallacy to think we lack data about our potential decisions in politics; we know each option and its approximate outcome.

Let me now state what seems to me the decisive objection to any conservatism which deserves to be called such. It is that by its very nature it cannot offer an alternative to the direction in which we are moving. It may succeed by its resistance to current tendencies in slowing down undesirable developments, but, since it does not indicate another direction, it cannot prevent their continuance. It has, for this reason, invariably been the fate of conservatism to be dragged along a path not of its own choosing. The tug of war between conservatives and progressives can only affect the speed, not the direction, of contemporary developments. But, though there is a need for a “brake on the vehicle of progress,” I personally cannot be content with simply helping to apply the brake. What the liberal must ask, first of all, is not how fast or how far we should move, but where we should move. – F.A. Hayek

For conservatism to be anything more than a rearguard action, it must leave behind its desire to hinder progressivism and instead invent its own idea of progress. As liberal society grinds all good things into dust, this becomes more visible and conservatives are starting to articulate it.