Conservatives Do Not Believe In Universal Morality 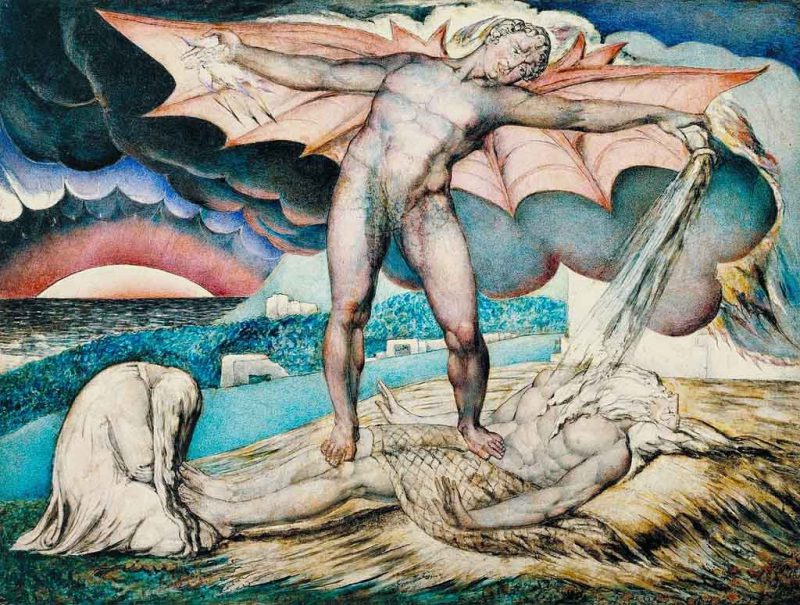 People often ask how a nihilist could be a conservative. After all, they think, conservatives stand for the idea that there is a universal morality, like writing on the wall from God, which we all obey or we are bad.

In reality, they are describing the hybrid of Leftism and conservatism which we generally call “neoconservatism” but might as well be Buckleyism, Libertarianism, National Socialism, Fascism, or any other Left-Right hybrid. Internal paradox means that it is unstable.

Here in Realityland, we see conservatism for what it is: conserve the best of the past. This means that it is reality-based plus transcendental so it can aesthetically assess “best” (arete); it relies on gut instinct, principles, particularism, and a general misanthropy which recognizes that most humans may be grey areas but they are not “good,” nor are people worth listening to until they have completed the esoteric steps to become first self-aware and then world-aware, or alert to the importance of reality on a level higher than that of the individual.

In short, conservatives are realists who believe that life is built around joy and goodness, but only when our minds are ready for it. As naturalists, we believe that the universe is consistent and it is our job as organisms to adapt to our environment.

This strikes many as nihilistic. Where, after all, is God? He has been reduced to a subset of nature, much as the Greeks, Romans, Nords, and Hindus placed their gods. We serve the same order that He does, which is all of reality.

In those ancient orders, God/gods were seen as actors within a world which was a sub-part of what we might call Godhead, or existence itself. Even if God created the world, it was part of something larger. That something then must be identified.

While Traditionalism is hip right now, it belongs to an older vein of thought, Perennialism, which essentially states that smart people the world over have observed similar things about reality. It is not Unitarianism, or a desire to build bridges between faiths, only to point out that when observing the same reality, our best minds have come up with similar answers, and the intersection of those — syncretic eclecticism — points toward a good outline of what might be true.

The single best introduction to Perennialism comes to us from Aldous Huxley, its most articulate spokesman:

More than twenty-five centuries have passed since that which has been called the Perennial Philosophy was first committed to writing; and in the course of those centuries it has found expression, now partial, now complete, now in this form, now in that, again and again. In Vedanta and Hebrew prophecy, in the Tao Teh King and the Platonic dialogues, in the Gospel according to St. John and Mahayana theology, in Plotinus and the Areopagite, among the Persian Sufis and the Christian mystics of the Middle Ages and the Renaissance — the Perennial Philosophy has spoken almost all the languages of Asia and Europe and has made use of the terminology and traditions of every one of the higher religions.

But under all this confusion of tongues and myths, of local histories and particularist doctrines, there remains a Highest Common Factor, which is the Perennial Philosophy in what may be called its chemically pure state. This final purity can never, of course, be expressed by any verbal statement of the philosophy, however undogmatic that statement may be, however deliberately syncretistic. The very fact that it is set down at a certain time by a certain writer, using this or that language, automatically imposes a certain sociological and personal bias on the doctrines so formulated. It is only the act of contemplation when words and even personality are transcended, that the pure state of the Perennial Philosophy can actually be known. The records left by those who have known it in this way make it abundantly clear that all of them, whether Hindu, Buddhist, Hebrew, Taoist, Christian, or Mohammedan, were attempting to describe the same essentially indescribable Fact.

The original scriptures of most religions are poetical and unsystematic. Theology, which generally takes the form of a reasoned commentary on the parables and aphorisms of the scriptures, tends to make its appearance at a later stage of religious history. The Bhagavad-Gita occupies an intermediate position between scripture and theology; for it combines the poetical qualities of the first with the clear-cut methodicalness of the second. The book may be described, writes Ananda K. Coomaraswamy in his admirable Hinduism and Buddhism, “as a compendium of the whole Vedic doctrine to be found in the earlier Vedas, Brahmanas and Upanishads, and being therefore the basis of all the later developments, it can be regarded as the focus of all Indian religion” is also one of the clearest and most comprehensive summaries of the Perennial Philosophy ever to have been made. Hence its enduring value, not only for Indians, but for all mankind.

In Hinduism the first of these four doctrines is stated in the most categorical terms. The Divine Ground is Brahman, whose creative, sustaining and transforming aspects are manifested the Hindu trinity. A hierarchy of manifestations connects inanimate matter with man, gods, High Gods, and the undifferentiated Godhead beyond.

In Mahayana Buddhism the Divine Ground is called Mind or the Pure Light of the Void, the place of the High Gods is taken by the Dhyani-Buddhas.

Similar conceptions are perfectly compatible with Christianity and have in fact been entertained, explicitly or implicitly, by many Catholic and Protestant mystics, when formulating a philosophy to fit facts observed by super-rational intuition. Thus, for Eckhart and Ruysbroeck, there is an Abyss of Godhead underlying the Trinity, just as Brahman underlies Brahma, Vishnu and Shiva.

This view encapsulates the transcendentalist position nicely: there are no truths, only interpretations; we can perceive actual attributes of reality, but these are esoteric in nature, which means that only those who understand the groundwork of them can perceive them, and that this understanding happens within the self and cannot be communicated by words, images, or tokens.

That takes the opposite of the universalist view. Instead of a world of absolute truths which we can write down and spread to all humanity, we have a natural hierarchy based on those who understand versus the great majority more who do not.

If we think for a moment, however, what we are speaking of here is entirely natural. Of course people are different, and some are more capable than others, and learning cannot be conveyed through magic symbols in a book. Like everything else, it happens within the mind.

When we view the world from a pattern-oriented perspective, it means that for understanding to happen, there must be patterns in our heads which mirror the patterns out there in the world. For this reason, understanding is wholly relative.

We also exist as relative to the whole of reality. In this sense, our understanding reflects our place within this reality, and so for some, whole areas of understanding are foreclosed and so also is the ability for that knowledge to be relevant.

If we accept the fundamental principle of relativity, which is that a thing is only known in relation to others, we can see the appeal of a multiverse-like model of consciousness:

The mathematical side of quantum physics is very straightforward; we have equations that predict, with a very high degree of accuracy, the probability that a certain system (some physical stuff) will be in a certain state (exhibit a property) at a certain time.

According to one view, when you interact with a certain sort of system, the result is a new system. Now there are at least two essentially parallel versions of you and the rest of the universe: a multiverse. New “branches” of the universe would be created constantly, and these branches probably couldn’t interact each other after the branching has occurred. They would essentially be parallel universes.

When you are able to develop a pattern in your mind through esoteric practice, you have created a decisional branch where things in reality relate to you as they did not before. Whether a literal multiverse or not, you are operating in a different world.

Nihilists deny universal truth, universal values, and universal communication. We do this simply because those things are not universally understood, therefore are not actually shared. Instead, they are projected by some people who are unaware that others have their own interpretations of what is being said which have no relation to what was intended.

Universal morality appeals to us because it serves as a manner of control. We can declare a certain thing universally right and then say that all the people who support it are on the good team.

It assumes egalitarianism, or that all people are equal in understanding and capability, ignoring that the two are linked. Someone with less ability to understand will understand less, but they will do so by understanding differently, creating two parties talking about different things with the same words.

We might call universal morality prey morality because it assumes that individuals have no control over their actions and the outcomes of those actions. We all graze in the field, and some are taken by forces beyond our prediction or control.

Conservatives want there to be a morality for everyone, but instead there is only a reality out there, with each of us serving different roles in it according to our capability. We can never create an agreement that includes everyone.

Once we get past this illusion, we can start instead to see what conservatism has long known: most people are confused, so we need leaders that we can emulate, in the process getting as far along the learning curve as possible.

We do this in science, literature, art, the military, and business, but we fear extending this to morality and competence because that affirms that we are in fact not at all equal. However, once we get outside the illusion of equality, we can be realists again, and achieve great results.