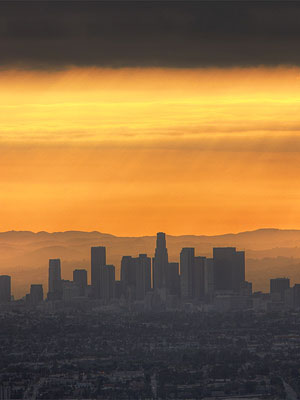 A recent piece on The Imaginative Conservative brought up our unsteady relationship as citizens to the controlling force of society around us.

The article contrasts the views of Russell Kirk and Mark Twain. Both feared industry more than government; Kirk feared “the dark Satanic mills” of the industrial revolution, and Twain feared “any economic system that attempts to turn a man into a means rather than an end.” However, they are mistaken and are targeting the surface manifestation of an underlying force.

No one likes to talk about this because it’s destabilizing, but the distrust relationship between the individual and society is evident in our literature, conversation and history. We all like good authority, because it lets us stop worrying and trust that things will turn out all right. However, that trust also makes us blind to when society “goes bad” and starts having motivations of using us for its own end.

Even more importantly, we fear the influence it has in conditioning us daily. It’s not just the legion of commercial messages that assault us the instant we reach outside our homes, even if by internet or television, but also the social tendency to reinforce existing patterns through the creation of drama about them. If a newspaper bemoans a scandal, the good guys who end that scandal are the newspapers and government, and we wonder if we’re getting manipulated into trusting the wrong people.

Instead of pointing fingers at industry, economics or government, let’s look at what really enslaves us: the tendency of others to conform our opinions to their own. This tendency toward group-think is based in our desire to be sociable. But it extends beyond that, because in being sociable with others, we alter our own views.

Does this have anything to do with Twain’s “turn a man into a means rather than an end”? Yes, but not the way Twain intended: the is the end result of turning man into an end, rather than a means. When we focus on humans above all else, we make opinions more important than reality, and that makes us uniform, compliant and zombie-like in our repetition of society’s dogma.

Anarchists and other leftists distrust government, economics, religion and corporations so that they can blame some external entity for the problems caused by groupthink. Conservatives, on the other hand, distrust society itself, preferring to find reality on our own and uphold standards above the mediocre level that pleases the crowd.

The solution to this as all things is to reach forward toward an organic way of life. We needed for some time to work on technology; now we have it, so we can quit the wartime mentality and get on with life. Work less. Think more. Spend more time on a whole life, which includes more than work and personal pleasures.

You will notice this idea meets with bafflement in most people. They have been taught it is an option that doesn’t exist. That uncomfortable silence is them realizing that perhaps those teachings were manipulative, after all.