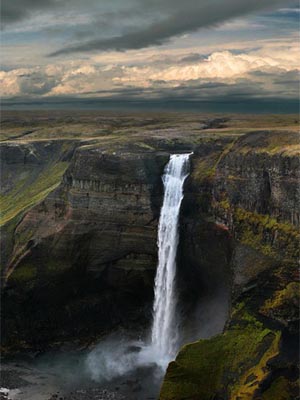 Environmentalism has failed to achieve its goals because it has become distanced from its roots, which are in conservatism. Conservatives preserve and nurture what is natural, whether it is culture, heritage, or natural surroundings. Liberalism rebels against nature and replaces it with a human concept, called “ideology,” rooted in the notions of the individual that the individual should be “equal,” or rather independent of restriction.

It is taboo to say this because the environmental movement feels like it is on the verge of success. In a bold political move, greens/environmentalists joined up with the left, and so were able to appeal to all of the loquacious useful idiots who believe that Marxist politics and only Marxist politics are the cure for humanity’s ills. They feel this because they have low self-esteem and low achievement in life, and so use Marxist ideas as cognitive dissonance to explain away their feelings and justify their desires to have what others have produced.

Other than the obvious social problems of this alliance, the most vital problem is that it destroys what environmentalism has for its goal. Instead of trying to save and nurture the environment, the hijacked environmental movement has become a vehicle for leftists to advance their agenda of class warfare and equality, which occurs only through the expense of nature, because equality and class warfare require a large underclass, which in turn requires no (zero) restrictions on the individual and her desire to buy property, start businesses, consume goods and do other things that damage our environment.

Today’s environmentalism is as much a victim of the contemporary cult of utility as every other aspect of our lives, from science to education. We are not environmentalists now because we have an emotional reaction to the wild world. In this country, most of us wouldn’t even know where to find it. We are environmentalists now in order to promote something called “sustainability”. What does this curious, plastic word mean? It does not mean defending the non-human world from the ever-expanding empire of Homo sapiens sapiens, though some of its adherents like to pretend it does, even to themselves. It means sustaining human civilisation at the comfort level which the world’s rich people — us — feel is their right, without destroying the “natural capital” or the “resource base” which is needed to do so.
[…]

Environmentalism, which in its raw, early form had no time for the encrusted, seized-up politics of left and right, offering instead a worldview which saw the growth economy and the industrialist mentality beloved by both as the problem in itself, was being sucked into the yawning, bottomless chasm of the “progressive” left. Suddenly people like me, talking about birch trees and hilltops and sunsets, were politely, or less politely, elbowed to one side by people who were bringing a “class analysis” to green politics. – Open Democracy

The paradise envisaged by Marxist ideologues is one in which the worker rules the world. However, this means that a worker can do whatever he or she wants, even if it is damaging to the environment. Workers comprise the greatest segment of the population and are rising in number. If each one has the freedom and the re-distributed wealth to pursue a middle class lifestyle, that means every one of the seven billion people on earth with want an American-style house with a white picket fence, a double refrigerator, two cars or trucks, and luxury goods and services like shopping malls, hair salons, and disposable products.

When environmentalism existed in its “raw” state, it was not an ideological movement. However its ideals were closer to those of the right than the left. Environmentalism exists to make hard choices about limiting human growth, regulating industry and restraining individuals from making poor choices that have bad impact on the environment. These are all inherently conservative positions. If we did not know they belonged to early green parties, we would imagine them being from American conservatives in the 1920s or European conservatives in the 1880s.

The World Bank has warned that rising food prices, driven partly by rising fuel costs, are pushing millions of people into extreme poverty.

World food prices are 36% above levels of a year ago, driven by problems in the Middle East and North Africa, and remain volatile, the bank said.

That has pushed 44 million people into poverty since last June. – BBC

When you do not limit the freedom of individuals, they all do the same thing: buy things, try to afford houses of their own, and have families. The result of this is that more land is used not just for the houses but for the vast infrastructure required to support their lifestyles. This in turn destroys the habitat of animals and plants, which destroys surrounding ecosystems, and all of that in turn prevents natural filtering and renewing of air and water.

Each additional person is a load on the environment. Each additional person past a certain threshold is an act of violence against the environment. We either choose who are the best people among us (a conservative position), or we drown the world in us (a liberal position). Already we have passed the threshold and are beginning to consume the environment we need to sustain us. This is evident not only in the impact on our natural world, but in our own unstable economies which cannot support their growth-oriented Ponzi scheme that grants them value through the anticipated future purchases of consumers.

The bad economy, an aging population and a plateau in women working are contributing to changes that pose serious challenges for financing the nation’s social programs. – USAT

In our manic rush to make every person equal, we are required to have constant growth to provide for these people. This constant growth is not sustainable. It is based upon the original notion that we would have infinite land, animals, wood and water to exploit. We could take mineral or organic wealth from the earth, convert it into products and sell it to other humans, and make money that was valuable because other humans wanted it. However our free ride has come to an end. We are out of land to exploit. The rich land belongs to industry or is now developed.

It is sad to watch such confusion because environmentalism is fundamentally a conservative idea. In the conservative world view, the individual is part of a larger structure or hierarchy. This opposes the liberal idea of the individual as an autonomous cell of equal stature. The real heroes of the struggle to prevent humanity from destroying nature are the conservationists. Every person who sets aside acres of land for natural species, or works to preserve an animal or plant species, is a real environmental hero. They alone are effective, while the “environmentalists” are still at Hot Topic discussing class warfare while they purchase trendy “green” jeans made in China.

This is not surprising to see. The original environmentalists were the royalty of Europe, who carefully seized the best forest land and kept it as hunting preserves, using maybe a few percent of the land in any given year and allowing the rest to exist in its natural state. The proles did not understand why “the king’s woods” were off-limits and thought it was arrogance. Maybe the opposite is true, and it is arrogant of us to think that everyone and anyone should be allowed access to the woods, because the result is that the trees go away, a strip mall takes their place, and then it starts selling “green” products to the chattering classes.

Dig | The Black Swan: The Impact of the Highly Improbable by Nassim Nicholas Taleb