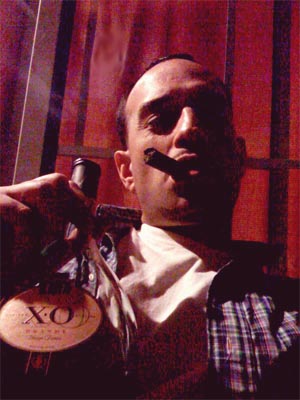 Conservatives make themselves an easy target for attack because most of them are confused about the core of conservative belief. They know the current issues but not their derivation.

This situation becomes problematic because (a) it means conservatives can only find a majority on surface issues, which leaves the underlying concerns unaddressed and (b) it makes them resemble the opposition and as a result seem less like an actual alternative.

We got to this situation because, since 1789, conservatives have been fighting a rearguard action. Among the population at large, liberalism is massively preferred — it seems more affable, it makes us look good to friends, and it’s what rich and successful people seem to endorse.

Very few people bother to ask why that is the case, which is that liberalism is half of the equation: it’s the emotion, the sentiment, the grand-sounding moral statement, but without awareness of effects and side-effects.

“We should just give everyone in the world a half-gallon of ice cream” is a morally tempting statement, but what are the consequences of it? Not much except that most of them will throw the empty containers on the ground. But it might win an election, if you replace ice cream with “free” health care or “free” welfare or some other appeasement program.

Liberalism strikes at our armchair King-for-a-day tendencies. We want to be benevolent, compassionate rulers who rose above the demands of the day and so guaranteed themselves a place in history. What we’ve missed out on is that throughout history, liberalism has been not only the most popular political belief, but the standard most societies follow.

For example, in primitive societies, distribution of wealth is often the norm. This means that no one ever gets more than others, so there are no leaders. This makes for a peaceful society, except one that can only respond to immediate needs. These societies often get obliterated by natural disasters that they could have seen coming, especially famines.

Conservatism fights this wave bravely, but many conservative beliefs are — how do we delicately put this? — things you don’t say in public. Like the little truths we conceal in life, such as that Sandra better get her husband to alcoholics anonymous or the marriage is over, conservative speaks unpopular truths that do not address surface issues but underlying cause-effect relationships proven over time.

These are exactly the kind of things liberalism seeks to avoid. Liberalism is about a work-around: I know it seems we should do it this way, and this way is the safe answer, but maybe that way will work instead, and look, it sounds a lot nicer.

Conservatism, despite popular pretense, has science and history on its side. France removed itself from world power status with its Glorious People’s Revolution, handing over power to unstable leaders who then bled the region dry. Both France and Russia killed off their people capable of real leadership, reducing the average IQ of both places and turning them into shadows of their former selves. France used to be a superpower. Russia once had pretenses of the same.

However, these truths are far beyond what most people can handle. They focus on the time between pay periods, so any consequence that isn’t immediate (think of slapstick: pull nose, get hit on head) is off the menu. They are mostly unaware of anything but themselves. They do what they want, and if an objection is raised, they feel they are the injured party. They have no time for lacey-fancy worries like the environment, culture or learning. That won’t help you at an entry-level job.

As a result, conservatives live in a schizophrenic space. We have one series of “truths” we tell the public, about the surface game of appearance and emotions, and then another level of truths we tell each other when the cognac and cigars come out late in the night.

These truths, if spoken so plainly on mainstream TV, would seem impolite and unsociable to most people. That mentality is exactly where conservatives must begin their battle to recapture the nation and steer it away from the bad path to third world levels of disorganization on which liberalism has sent it. We need to stop pretending this is about winning an election, but about winning a country back from a destructive path with which there is no compromise. We need to gain power and put society on a better path entirely.

What do we call a conservative who is confused about these core truths? We could call them a neo-conservative, or alternately, a neo-liberal. These two things mean the same, which is a moderate or cherry-picker artificially constructed from one side or the other but equal enough parts of each to make them neither.

Neoconservatives fight wars for equality and democracy; they are concerned that affirmative action promotes “racism.” They want more Robin Hood programs for the poor, and believe in the value of education for everyone. In short, they’re liberals who dislike abortion and want small government, and this is why they win some elections but never built a lasting power structure.

If conservatism is to thrive, it must confront liberalism with where it is illogical, point out that liberals win by demagoguery only, and then avoid the same pitfalls by becoming straight-talking solution-givers. We’ve got enough panderers already and conservatives cannot compete with liberals on this basis, because liberals offer all conservatives do in this area, plus entitlements that are effective voter bribes.

Among the middle classes in America and Europe, there exists a majority who would either support true conservative ideas, or if they saw them in practice would rapidly become supporters. We’re seeing this happen in France and a little bit in Germany, and in America with some factions of the Tea Party.

Maybe it’s time we ended the schizoid division of conservatives, and replaced that confusion with a clear idea of what a better society might be.

Sex and Love | Education is not intelligence