Conflict Avoidance And How To Avoid It 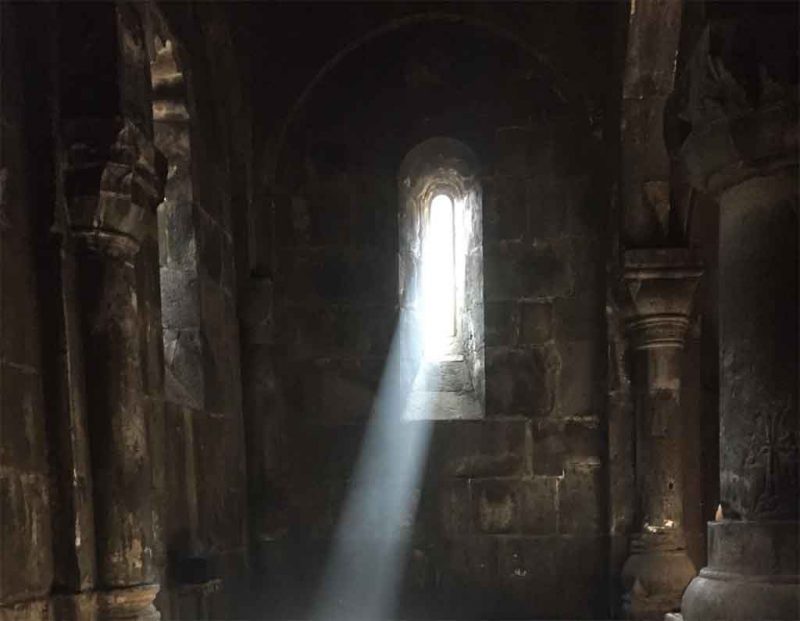 The hardest thing about being a small hominid is that you run the risk, at any moment, of screwing up and getting killed — and unlike other monkeys, you’re aware of it any time a symbol of death or error comes up.

For this reason, most of human history has dealt with conflict resolution and ways to get people going in different directions to work together. It makes us feel good to think we’re banishing conflict because then we feel as if we’re safe from that conflict making us the one who screws up and gets killed.

But over the years, we go from “conflict resolution” to “conflict avoidance,” meaning that we no longer seek working solutions, but to stop the fighting. We assume the fighting is the source of the disagreement, and not the other way around, as would be sane.

Nature, unlike humans, does not think in blocking single linear categories at a time, so when we suppress conflict, we don’t eliminate it — we just squeeeeze it into another realm. If we can’t fight with fists, we’ll fight in the courts, or in the ballot box, or just be snippy with each other. 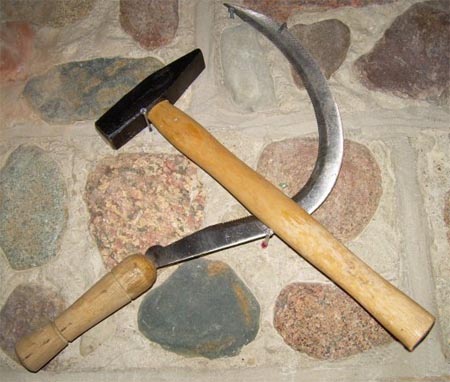 Passive aggression, the mentality created, arises from a desire to avoid conflict while a need to fight still exists. If I’m seen doing something combative, I get in trouble; so I try to provoke, needle, backstab, corrupt, etc. in order that I can destroy without seeming to destroy, and get the other guy to be the one who lashes out and gets clobbered by the other monkeys who just want the fighting to end.

All of these ideas are taboo because they cut through our pleasant illusion about ourselves, which is that we’re not half-monkeys who rose a few sigma and now are able to use tools but not fully manage our affairs. We like to think of ourselves as gods who intend each of our actions as a benevolent gift to others; the reality is that we’re snarling feral animals who’ve found a way to cloak our aggression in politeness, bureaucracy and a pernicious herd morality.

Tom Wolfe and Mike Gazzaniga explore this passive aggression through a reasonable measurement, which is social status. Status is how you feel you rank relative to your neighbors, and it can be either material or moral. Material is whether their BMW is as cool as yours; moral is whether they’re educated, enlightened, progressive people who donate eyeglasses to the Bonobo like you:

TW: Every time we go into a room with other people, it’s as if we have a teleprompter in front of us and it’s telling us the history of ourselves versus these people. We can’t even think of thinking without this huge library of good information and bad information.

MG: When you get up in the morning, you do not think about triangles and squares and these similes that psychologists have been using for the past 100 years.

For the last 2,000 years our preferred method of neutralizing conflict has been to insist on equality.

First, it was insisted that we were all equal in civic duty, so should get a vote.

Then, it was insisted that we were all equal in the eyes of God, as we all had souls.

A thousand years later, we upgraded that to the idea that we were all equal citizens in potential, so we should have no limits of role or money.

None of these have worked, because in reality — that physically-convergent world out there — we are not all equal, and in fact, nothing in life is. (Most parts of reality consist of unevenly distributed values in a type of “standard distribution,” Poisson distribution or the easily recognized “Bell Curve” with a few at top, a few at the bottom, and most on a graceful convex in the middle.)

When we cannot recognize our inequality, and cannot accept conflict, we are ruled by our fears. In turn, we create a society that because it orients itself around avoiding these fears, sublimates its fear.

The result is the “crab mentality,” after the tendency of crabs in a bucket to crawl to the top, in which we compete for social favor. This creates a pleasant surface notion of equality and an underlying truth of constant covert conflict.

In addition, in order to preserve our good social standing, we insist on equality in defiance of the facts, and by making equality such an assumption, we oblige ourselves to tolerate incompetence. That in turn puts us in a society that is forever dysfunctional and frustrating, but no one wants to be the first to admit they are un-polite and un-sociable and don’t believe in equality.

In turn that gets us this:

New research from the Kellogg School of Management at Northwestern University explores why powerful people – many of whom take a moral high ground – don’t practice what they preach.

The research finds that power makes people stricter in moral judgment of others – while being less strict of their own behavior.

“According to our research, power and influence can cause a severe disconnect between public judgment and private behavior, and as a result, the powerful are stricter in their judgment of others while being more lenient toward their own actions,” he continued.

This public/private split occurs any time we insist on pretending an unrealistic thought is real, more real than reality even since we use it to manipulate each other. In public, we must kowtow to the dogma; in private, we have to get things done and/or become violently self-assertive.

The cost of equality is that we throw out all truthfulness in order to seem like nice people to each other.

It arises from our fear of evolving to the next stage, which would naturally occur from our most capable people, because we’re afraid of personally being left behind — just as we’re afraid of having a lower place in the current crab bucket of society.

As a result, instead of looking toward the future, we look toward the past — we look backward, and try to divide up what exists, instead of making an even better vision of our world.

Those who are most afraid become “activists” who go around telling us that it costs us nothing to demand equality and suppress conflict, but then there are millions of details like this:

In 2002, civil lawsuits cost the U.S. economy a reeling $233 billion. With the rise of civil lawsuits over the last half a century, each American citizen is now estimated to pay a “lawsuit tax” of anywhere between $700 and $800 a year (27 September 2004 US Fed News). According to Secretary of Commerce Don Evans, if you take the total cost of tort claims and judgments in the United States and divide it by the number of citizens in the country, a tort tax of about $809 per capita results (15 December 2004 White House Press Releases And Documents).

What’s more, lawsuit costs represented about 2 percent of the US Gross Domestic Product, over $250 billion. Of this, the manufacturing sector bears a disproportionate share of that, at 4.5 percent. (15 December 2004 White House Press Releases And Documents). And costs are rising, with a reported 5.4% increase in the cost of civil lawsuits from 2002 to 2003 (1 September 2005 Design Firm Management & Administration Report).

Allow no conflict, and people will take it to the courts, which will lead to irrational animal conflict costing millions. How could that happen?

Imagine the other variables we could add:

Do we need to go on? These people are taking you for a ride. You have one life and only a certain amount of time in it, but that time is being taken away, passively, to support incompetents!

You go along with it because you’re afraid. The idea of universal equality and rights sounds good to us because we’re afraid as a group. If you the individual speak out against it, the others may gang up and you and clobber you — for denying their denial of reality.

The guilt and passive aggression that manipulates you has a huge cost, but all the people who are afraid that they might be incompetent are going to insist on it, even if it means that society as a whole moves like a person encased in lead, always pandering to the weakest link in the chain.

The individuals around you are thinking like the crabs in the bucket: they want to claw above you by appearing more egalitarian, more progressive, more compassionate than you. They don’t care about the results of their actions. They’re just trying to get more popular.

There are two real victims here: civilization itself, which stops rising to a challenge and starts collapsing inward; and yourself, because your time is wasted and all of those resources of time, money and energy you could have applied to something constructive are taken away.

It’s a reversal of evolution. Instead of seeking to get better, and when we find something better spreading it around, we’re trying to avoid anything better because it might make us look bad.

And they’re going to waste your life by slowing everyone down to the speed of that weakest link in the chain.

The following article suggests on means of helping us past this difficult point in — not history, but evolution itself — through psychological conditioning:

A recent study led by Phelps found that reminding people of the fearful stimuli, minus any fear-inducing event, shortly before the extinction session can effectively block the first memory. The finding could help improve therapies for overcoming fear.

The mechanism for the initial memory’s defeat could be that the initial quick reminder induces the amygdala to store new information, Phelps explains. The window during which the amygdala is “open” is fleeting, however, and could explain why the reminder shown 10 minutes, but not six hours, before the first extinction session, eradicated fear. As Phelps notes, relearning a memory, also known as reconsolidation, takes place much faster, within several minutes, than learning the memory for the first time, or consolidation.

You’re afraid of social trauma, which is when you do something and other people make fun of you for it and exclude you, if not outright beat you with sticks.

In the past, you’ve accidentally said things that violated a social taboo, and people have swooped in en masse to tell you how wrong you are. They may have summoned a priest, some scientific studies of dubious scope, or the opinions of your favorite Hollywood stars. They’re telling you that no matter what you see in reality, they are the ones to define official truth — and hilariously, if you disagree, they’ll claim you are redefining “commonly accepted” truth!

With the above type of conditioning, and it wouldn’t take much, we could re-organize our people. We should have public rallies where each participant steps out and says, “You know, we’re not all equal and we can’t pander to the weakest link in the chain just so we seem nicer than our neighbors.”

And in the presence of others of our community, we watch as nothing happens. No pain. No nasty commentary. No cudgels. We learn instead to trust our own observations of reality as it is, and stop projecting these social falsehoods onto it just so we can climb a little higher in the social status game.