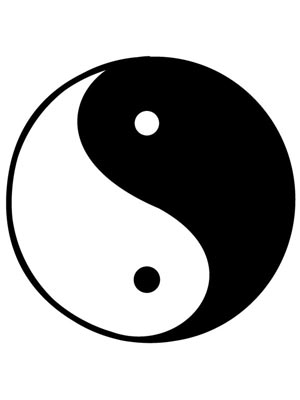 A fascinating discussion has broken out in the world of men’s blogs, based on the question “What is masculinity?”

I read Jack Donovan‘s many projects because unlike most writers, who specialize and then add a worldview to match, Jack has a complete view of the world and can apply it to any specific area. This is why anything he writes offers a point, and then context, which gives you more to think about.

Here’s his most recent stab at a definition of masculinity:

I like this because it puts everything in the world on a spectrum which runs from one to the other. My own tendencies are to try to find a discrete definition, but what’s good about the type of definition you can see above is that it covers everything.

You know what else covers everything regarding gender? Language. Many languages use gender on their nouns. This means that maybe a chair is masculine, but a fork is feminine; it takes a long time to understand how the genders “work” in that language, but generally at that point, you know a lot about the culture.

I have an addition to Jack’s term for consideration by the MRA blogosphere, “man-o-sphere” (sounds like an angry ben-wa ball) and the gender blog world in general:

Masculinity and femininity are complementary opposites. That which is not masculine is feminine, and vice versa, such that a completed whole emerges only through the two parts.

When you think about it this way, the masculine and feminine roles are different approaches that balance each other and by doing so, enhance each other’s understanding of the other. Additional complementary opposites: hot/cold, dark/light, smart/dumb, fast/slow, wet/dry.

Complementary opposites are a product of a relative universe. To know what is hot, you must know what is cold, because without the other to define it in contrast, neither term means anything. If you lived in a climate where the temperature was 80 F year-round, you probably would not think of hot and cold as terms to describe a day.

It is the same way with gender. What is feminine defines the limits of masculinity, and vice versa. This enables each gender, by being distinctive, to strengthen the other. Much as we need night to have day, we need masculinity and femininity forever playfully wrestling in order to have a whole vision.