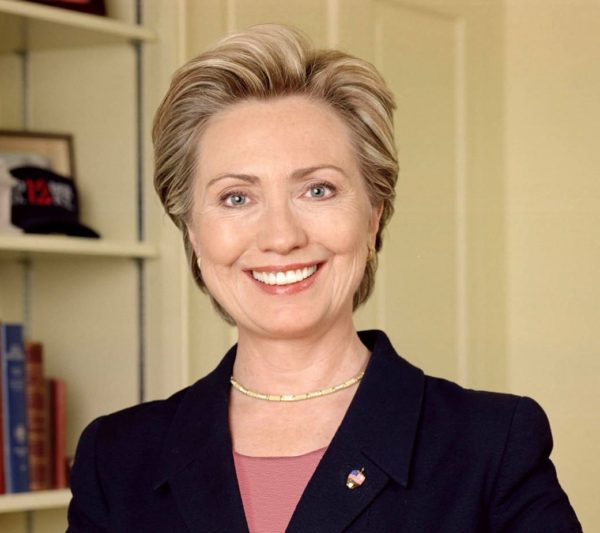 After decades of putting up with these people, who were the poster children of the 1968 revolution as they gained power in the early 1990s, America may finally be free of the Clintons as the Uranium One scandal, ignored by the media, finally detonates in their faces.

The Clintons represented 1968 as it wanted to see itself: not a wild bacchanal of people attempting to avoid the sterile 1950s world by creating an even more selfish and manipulative one, but as an expression of “freedom” and “rights” — because what else is acceptable to express in a democracy? — guided by people who turned out to look relatively normal, suburban and middle class.

We were all creeped out by Bill. It was not that he had an affair in office, as surely he was not the first president to do so, but that he picked a Generation X kid who was obviously overweight and thus underconfident. When you are president, you cheat on your wife with supermodels. You do not use the vulnerable, essentially victimizing them. Yet the Left was silent on that issue.

We also felt some reservations about The Clinton Foundation, which seemed like the classic scam where the politician says he cannot help you, but if you make a donation to his brother, he will reconsider your case. It is just third-world corruption made genteel in appearance, but what else would we expect from the 1968ers, who made selfishness and lust into political values?

Then there were clear abuses of power like Benghazi, where either through incompetence or malignant neglect, Hillary Clinton left Americans in the field to die. That echoed the approach Bill Clinton had taken in Somalia, where he stranded American servicemen by refusing to give them the support they needed. For the Clintons, the rest of us are a means-to-the-end of the Clintons’ wealth, power and influence.

Clearly there were signs of Clinton fatigue in this last election cycle. Younger voters preferred Bernie Sanders because he simply admitted that the Democratic platform was socialism and was honest about it, where Hillary Clinton chose a feminist-based approach which attempted to incorporate other minorities as a series of footnotes. But she bullied her way in there, probably by threatening to release her files on the other Democratic operatives, who all appear to be corrupt as well.

We should face the fact that any ideology which promises Utopian absolutes is a license to steal. No one honest will claim to be able to “solve” poverty, for example, or end racial tension, since humans disliking other groups has been a cornerstone of human behavior since the dawn of time. Nor does anyone sane talk about equality as anything but equality of birth, which is what the founding fathers referred to, as a means of correcting the then already-prevalent idea that government should create equality. The founders argued instead that nature/God/gods created equality and rights, and that government should be restricted from attempting to alter that condition. No one sane talks about spreading democracy to a world that clearly does not want it. But insanity sells because it is easier than sanity and makes us have warm feelings, and for most people, when the group has warm feelings, they feel personally safe. Time after time, they elect charlatans who then steal everything they can.

And the Clintons, it seems, were more successful than most, ending up many times multimillionaires through the power they found in office.

But now, it seems, a life of crime has caught up with them:

On Tuesday, two House investigative committees announced they would start looking into the questionable Uranium One deal that Clinton approved while serving as the nation’s top diplomat â€” a deal that delivered effective control of 20% of the U.S.’ uranium mining assets to Russia’s state-owned Rosatom, and led to millions of dollars in “donations” to the family Clinton Foundation.

…Under a Freedom of Information Act lawsuit, the State Department has processed some 32,000 pages of Hillary Clinton’s emails but, The Daily Caller reports, has “released a small fraction of those.” There are still some 40,000 other pages to be “processed,” which could take years.

…The FBI ultimately arrested and deported a 10-person Russian spy ring, including a “Cynthia Murphy” who, in 2010, had edged perilously close to Hillary’s State Department circles through a job she held with a leading Democratic financier.

Unlike the Trump dossier which the DNC purchased to use as a weapon in the 2016 presidential campaign, this shows us actual evidence with connections on both sides. If Russia intervened in the American election, and benefited Donald J. Trump, that is not evidence of corruption unless we can show the quid-pro-quo that is the hallmark of this kind of crime, essentially a trading of favors for money. But with the Clintons, we now have several instances of this.

It is only fitting that the hippies who brought us the horrors of 1968 go out in a blaze of corruption, perversion, incompetence and degradation as the Clintons are. There is a lesson here: whoever promises a world without consequences, and tells us that the obvious rules of reality do not exist, is not a saviour but a Satan, come to deceive us and take everything we have.