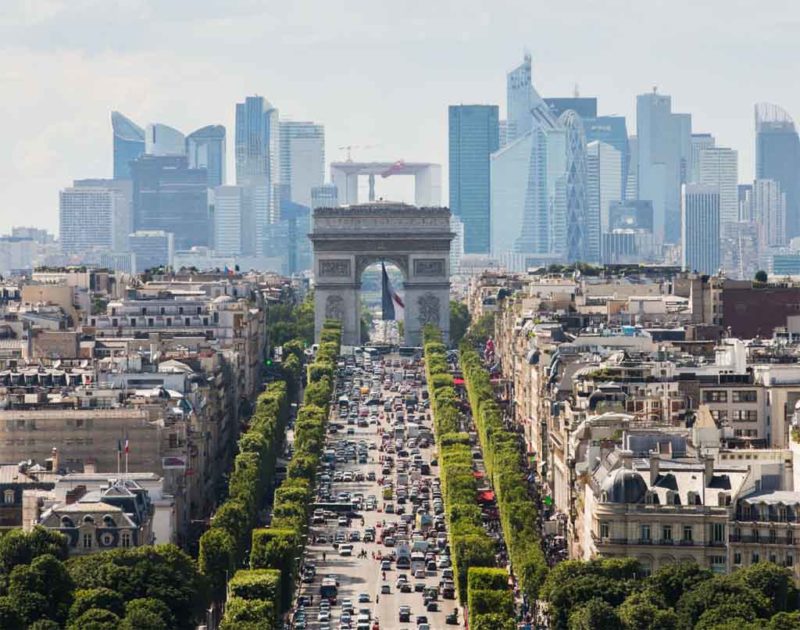 Climate change is infuriating because, like blaming The Rich™ or The Jews™ for the downfall of Western Civilization, it is a scapegoat that conceals a more complex problem. Much as the West was torn down by individualism that led to herd behavior, our environment is being destroyed by land overuse leading from overpopulation caused by a lack of social order.

We all know that something is going wrong with the environment, and that it seems tied to human expansion into every corner of Earth and the swelling of our population to nearly eight billion, with most of those being of low IQ and living in near-subsistence poverty.

Even if all of us in the nu-West change our lifestyles so that we live in mud huts, eat vegan, and cease breeding, the human population surge will continue. With it will come a domination of the land that natural species need in order to hunt, reproduce, and live. At some point, this will reduce their numbers below safe levels of genetic variety, and many of them will crash and vanish.

Worse, we will be left with a world speckled in plastic waste, saturated throughout with heavy metals and industrial toxins, soaked in carcinogenic diesel exhaust and factory waste, in which life will be a mere shadow of what came before. This takes time to do, but already we are seeing the warning signs in frog mutations, fish depletion, garbage islands, and human cancers.

Compared to that, climate change appears as merely a symbol designed to distill this complexity into a movie plot so that voters can recognize it for a few moments.

Unfortunately, as Michael Crichton pointed out long ago, climate change is a fantasy; the reality is that local effects, such as displacement of air currents by the heat rising from too much concrete, or flooding because of overdevelopment, are effecting local climate, and it is happening worldwide because humanity has overpopulated and overbuilt worldwide.

In the meantime, the climate change narrative took another big hit with a statistical look at Antarctic climate which shows a cooling effect that kicked in two decades ago:

The Antarctic Peninsula (AP) is often described as a region with one of the largest warming trends on Earth since the 1950s, based on the temperature trend of 0.54 Â°C/decade during 1951â€“2011 recorded at Faraday/Vernadsky station. Accordingly, most works describing the evolution of the natural systems in the AP region cite this extreme trend as the underlying cause of their observed changes. However, a recent analysis (Turner et al., 2016) has shown that the regionally stacked temperature record for the last three decades has shifted from a warming trend of 0.32 Â°C/decade during 1979â€“1997 to a cooling trend of âˆ’ 0.47 Â°C/decade during 1999â€“2014. While that study focuses on the period 1979â€“2014, averaging the data over the entire AP region, we here update and re-assess the spatially-distributed temperature trends and inter-decadal variability from 1950 to 2015, using data from ten stations distributed across the AP region. We show that Faraday/Vernadsky warming trend is an extreme case, circa twice those of the long-term records from other parts of the northern AP. Our results also indicate that the cooling initiated in 1998/1999 has been most significant in the N and NE of the AP and the South Shetland Islands (> 0.5 Â°C between the two last decades), modest in the Orkney Islands, and absent in the SW of the AP. This recent cooling has already impacted the cryosphere in the northern AP, including slow-down of glacier recession, a shift to surface mass gains of the peripheral glacier and a thinning of the active layer of permafrost in northern AP islands.

As always, it takes the mainstream some time to catch up with happenings in the world. Right now, we are seeing unstable climate across the globe, but this appears to be the result of displacement of jet streams — a consequence of local effects, possibly the heat rising from over-concreted urbanized areas — causing intense weather fluctuation that is responsible for these odd weather patterns:

Increased fluctuations in the path of the North Atlantic jet stream since the 1960s coincide with more extreme weather events in Europe such as heat waves, droughts, wildfires and flooding, reports a University of Arizona-led team.

The research is the first reconstruction of historical changes in the North Atlantic jet stream prior to the 20th century. By studying tree rings from trees in the British Isles and the northeastern Mediterranean, the team teased out those regions’ late summer weather going back almost 300 yearsâ€”to 1725.

…Having a 290-year record of the position of the jet stream let Trouet and her colleagues determine that swings between northern and southern positions of the jet became more frequent in the second half of the 20th century, she said.

…”There’s a debate about whether the increased variability of the jet stream is linked to man-made global warming and the faster warming of the Arctic compared to the tropics,” Trouet said.

We can tell that heat has an effect on the jet stream because the widening of our tropical belt has driven it northward. However, during the same years that this has been measured, the concrete in the area around the tropics and the southern part of the United States has massively increased, which may be which the jet stream moved north:

From 1979 to 2001, the Northern Hemisphere’s jet stream moved northward on average at a rate of about 1.25 miles a year, according to the paper published Friday in the journal Geophysical Research Letters. The authors suspect global warming is the cause, but have yet to prove it.

…The study’s authors and other scientists suggest that the widening of the Earth’s tropical belt â€” a development documented last year â€” is pushing the three jet streams toward the poles.

What makes this assessment difficult is that global climate change looks about like the effects of many small climate displacements caused by too much concrete, car exhaust, and lack of forest space, which absorbs moisture and cools the air. Climate change proves simpler to grasp, and easier to either give up on or attack with trivial lifestyle changes, so it remains more popular.