We already know that increasing food production causes population growth. Volume of food production is like a piston. Habitat is the cylinder it slides into. The gas or fluid inside is the size of population. The piston goes up and population expands. Shove it down (or provide us expensive affluence) and our numbers contract. 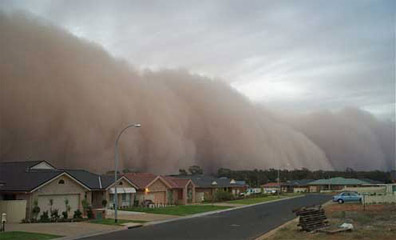 Unpopularity ruins our ability to fix the problems we created by our own popular quick fixes. Elected leadership dependent on public image is forced to circumvent any damage their own constituents have caused. All effort is then diverted to various Act of God extraneous side effects to keep up the appearances of doing something even as the core problem grows.

Climate change is expected to summon an historic humanitarian disaster into our times. The scale is as yet unknown, but now world military leaders are beginning to pay attention. Military power is less inhibited by the popularity of its actions.

The Times reported that for the first time, intelligence agencies and the Pentagon are taking a hard look at the possible security implications resulting from climate change. 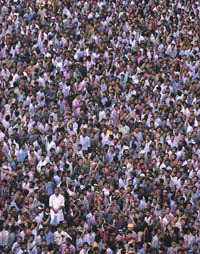 Should our leadership find itself confronted with a refugee crisis of unmanageable proportions, national interests will necessarily shift from aid to protectionist. Internal security policy will in turn find its interests divided between ongoing immigration protests of the right and resurgent humanitarian demonstrations of the left.

A shrunken budget in turn reduces the ability to provide internal security to non-essentials like an angry civil population that has bloated in size to unmanageable numbers.

What about international security in the midst of global climate change and world population bound for nine billion?

“Another reality is that while worries about climate-related instability are rising, near-term concerns about energy insecurity are already a top-tier issue both here and in China, the two dominant contributors to the planetâ€™s greenhouse-gas blanket. China has made it clear lately that energy security there trumps climate concerns.”

While America and Europe retain the costly luxury of playing humanity’s saviour, the other nations pragmatically look to their own interests and the survival of their founding people.

“Meanwhile, New Delhi has previously said that if the Chinese were to dam certain Himalayan rivers that provide water to Northeast India it would constitute an act of war.” 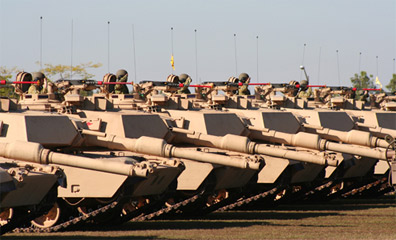 Past decades saving lives abroad during times of plenty will have been for nothing and worse, disastrous for the future. This is the same oblivious thinking that accepts credit cards for trinkets, maxes them out and later finds itself unable to pay. Like a creditor coming to collect his bill, nature remains bound to prevail against mankind’s growing numbers and quixotic impulses.