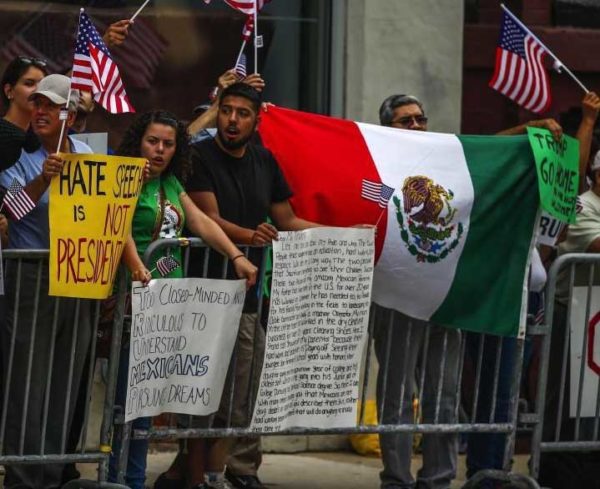 The United States founded itself on a simple proposition: by endorsing democracy, but limiting that democracy, it could avoid the extremes of both democracy and the crisis of European aristocracy, which was under assault from the rising middle class and its desire for “progress” that seemed to mostly involve selling people more stuff that they did not need.

Americans adopted a view that had emerged in France after the revolution known as “classical liberalism,” where those who thought the Left was insane (still is) decided that personal liberty was the only solution to a powerful Leftist state. By arguing not for the Right, but for the ability to be personally conservative, they hoped that natural selection would favor them and over time the civilization would shift Rightward again.

Plato wrote of this attempt by those who are still mentally organized to resist the onslaught of the “drones,” or the plebs/proles who demand free stuff from government and equality so that they can take over with their champions, who invariably turn out to be tyrants. These classical liberals — today we call them “libertarians” — hope to withstand the crisis without facing it directly. Not surprisingly, since they do not target the root of the decline, they tend to always fail.

With the Constitution, the Americans designed an elaborate series of gates and sluices that they hoped would keep the inevitable from happening. These men had read the Greeks and knew history, and so were aware that democracy by itself was unstable, but had no option for a formal aristocracy, so created instead a massive contraption to limit democracy from following its usual path of accelerating power in the name of protecting the herd, ending in tyranny, which is not so much a type of government as any government which

On top of this, they grafted a classical liberal model: government would serve as a facilitator for commerce, people would handle social problems by concentrating wealth in the hands of the able, and then social problems would be addressed through informal, business-like means. In other words: everyone gets freedom so that the good people can buy their way out of the abyss that most people naturally pursue.

This forgot that when you give people the vote, you will change them. They stop thinking about the goal, and start thinking about the compromise, or how to get enough people on their side to win whatever issue is most important to them. As a side-effect, they will create a group dedicated to being clever about political intrigue, and it will forget to worry about the effects of its actions, instead focusing on how popular those actions and therefore, how powerful it is.

Over time, every group given the vote moves into conjectural navel-gazing and over-emotionality because these tendencies manipulate groups. Whoever masters them becomes the most popular and gets the power. Democracy thus distorts us mentally and morally as well as politically. Since classical liberals depend on democracy, or at least economic democracy, they create a trap for themselves: if they prosper, they will drift away from reality, and then self-destruct, just like every other democracy in history.

During the 1990s, it looked like libertarianism — the modern “classical liberalism” — was going to be the next big thing. People liked the idea of paying less in taxes, not being responsible for social welfare to care for everyone who could not care for themselves, and removing government from the business of social engineering. Like most people, they existed in a very narrow sphere where they assumed that if they just did what was beneficial to themselves, they would succeed, and all that was required of government was to stay out of the way.

It is a tempting fantasy, but it will never succeed, because classical liberalism is entirely negative in focus and forgets what it needs to do, which is create a civilization which has purpose and standards, where the best are rewarded not just for their financial performance, but for doing the right thing. Without this constant upward pressure that over time creates a font of genius as occurred in classical Western Civilization and gave it an edge in technology and learning, societies become like their citizens, bloated and fat on a couch, addicted to distraction and entertainment, oblivious to the world outside of the apartment.

Classical liberalism proves to be as unstable as dictatorship. It enables the insane, destructive, parasitic, and morally weak to accumulate money and power by selling products to fools. They then pair up with the vast majority of people, who are fools and at lower echelons in the natural hierarchy of the group, and form a coalition designed to take from the thriving to give to the coalition. You either join or lose out, and so this gang grows like a tumor within society.

Thanks to its greatest numbers, it wins the vote, and only rare actions like the 2016 election give us a chance to hold it back, and then, usually fail because so many layers of bad policy and so many bad players have already become part of the system. Democracy self-destructs because it teaches people not to aim for honest solutions, but to specialize in manipulation, and eventually, this outlook takes over their own brains and they con themselves into a path to oblivion.

Taking the mile-high view, classical liberalism belongs with other varieties of Leftism, or the idea that we can set up a system which rules equal citizens as a mass and have good results. Rejecting that requires rejecting the mass, and demanding both purpose and hierarchy, which in turn requires something to bond together the group that is more powerful than ideology.

For this reason, classical liberalism — the notion that we can all go our own way, and the markets will reward the good — has been replaced by roots conservatism, which holds that there is a right way for any specific society to live. Nigel Farage gives us an insight into this outlook through the contrast of centuries that reveals our decline:

Mr. Farage noted that â€œthe values that people had back then in many ways made them better people than they are today.â€

â€œThey had quite a strong fundamental Christian belief that went right through society. They believed in country, they believed in family, and they were prepared to make sacrifices to defend the nation and to defend their people. And Iâ€™m not quite sure, 100 years on, that weâ€™re the same society, sadly.â€

Instead of believing in the individual, we believe in our civilizations, and through that, see the hopes of the individual having a chance of becoming manifest. That not only rejects the last two centuries and change of Leftism, but the vein of thought going back to The Renaissance™ and even The Reformation™ which insists that individuals in groups can be corralled to do the right thing.

The new wisdom might be described as organic. Individuals are cells belonging to a body, or species within an ecosystem, and so they do not have equal roles but unequal ones, which is what allows the individual to be appreciated for its inner qualities and sacrifices. This stands in stark contrast to the egalitarianism that is the center of all forms of Leftist thought.

We have spent those past two centuries trying to find some way of making democracy stable, but over time, it has become clear that it is too anarchic, and any classical liberal approach will result in the inmates taking over the asylum while the “nice people” stand by helplessly, mumbling concerns that the crowd happily ignores.

If humanity has a future, it consists of recognizing that individualism is dysfunction; none of us can go it alone and if we do, we become as self-serving as a large corporation and thus, easily manipulated. Even more, for mass culture to work, all ideas must be simplified, sweetened and made “interesting” to the point that they lose their original character.

We are coming out of an age filled with gruesome hacks like libertarianism, which attempt to both have our modern formation of society and get it to perform like a functional civilization at the same time. The last seventy years have shown us that this cannot work, and so it is time for something new.