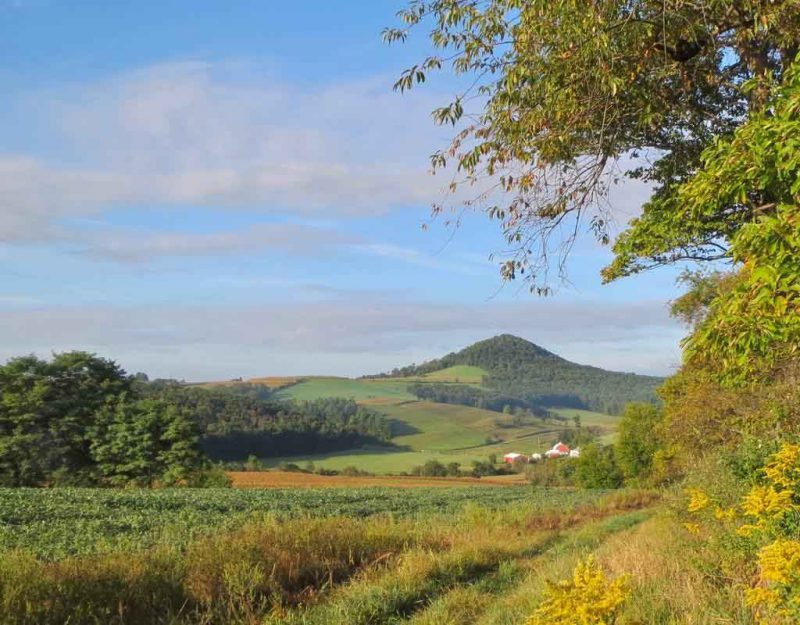 Life consists of choices. If you have a working model, you face optional choices in that you do not need to explore them; what you have works, so you would only do so if you thought there was some advantage in exploring these.

This gives rise to our conflict with ideology. If you are sitting on your prosperous farm and some guy comes along and says that you could make it all better with equality, and you decline, he will see you as enemy while you see yourself as simply not needing what he offers.

Those of us on the realist side tend to defend things which have a continuity to the earliest human civilizations, such as natural rights and free markets. We think that people who are operating within their sphere of influence should be able to speak, act, and trade for goods and services independent of intrusive oversight which rules solely to protect and further its own authority.

When some clown said “absolute power corrupts absolutely,” he was hinting at the truth of absolute rule, which means that it is not constrained by some intangible goal, like preserving civilization, continuity with past and future, genetics, culture, or even customs including faith.

However, this shows us an inherent conflict. Free markets are a method of achieving the aim of having a healthy civilization; they are not a healthy civilization in itself. This is where libertarians go wrong: they assume, like other egalitarians, that people are good and so a market can be a substitute for culture, leadership, and intangible goals.

On the other end of the scale, some argue that individual rights, freedoms, and liberties — perhaps guaranteed by government as in “civil rights” or world government as in “human rights” — are sufficient for a healthy society. This is the same argument: freedom to trade and freedom to act are part of the same idea.

Rightists tend to favor the former, while Leftists emphasize the latter, but they desire absolute power for the individual, meaning that the individual would be cut free from the need to do what maintains civilization or continuity with past and future.

This means that neither free markets nor individual rights alone can help us; they are methods that fit into a larger plan as parts. In fact, if our time has a lesson, it is learning that no single big idea will help us, since all of those big ideas tend to be methods pretending to be goals. Instead, we need goals and to integrate our methods within our quest for those goals, balancing those methods so that they produce order, harmony, and stability.

We can say the same to the race cultists. To a realist, not only race but ethnic group and social class are vitally important; no one is equal, and people must match up by what they are in order to achieve sanity in breeding.

Even more we realize that unity in a civilization trembles easily, and that introduction of any foreign or disparate elements breaks up that unity, at which point people fall into selfish behavior. However, race alone cannot address our problem.

We should say the same to the people who think that we need a religious revival. It would be nice to see the custom of faith return in some form, but by itself, it cannot save us, nor is its lack the source of our decline.

A realist looking at our society would note that we lack a shared purpose, therefore cannot cooperate, and for that reason, have no unity. This means that no matter what methods we apply, we have nothing to organize those methods, and therefore they will not help us.

For this reason, the Right traditionally focuses on civilization as a goal. Individual humans exist within the context of civilization, for the most part, and the principles that work for their personal lives also work to make civilization happen.

This requires the individual to gain sanity and to cooperate with others through a focus on reality, instead of the human-only world of individual desires and whatever is popular with a group. Humans win when we focus on the real, but we tend to prefer looking at fantasy.

We can understand egalitarianism as a type of pornography where a symbolic depiction of an act substitutes for the act itself; in egalitarianism, instead of achieving good results in reality, people achieve the feeling of good results through social feedback.

This makes it similar to addiction or obesity. People undertake a method as a substitute for its usual end goal. If eating makes you feel good, that substitutes for health; addiction makes you feel mental pleasure directly, instead of deriving it from having a full life.

We have lived for centuries in the stupor of modernity which is not just individualistic, but utilitarian, which means that if a group will say that they think something is good, it is presumed to be good independent of whether or not it achieves good results.

As we come out of this, our path reveals itself to lead away from individualism, egalitarianism, and other techniques of modernity, and toward the idea of having a goal. That goal can only be civilization, because that way, we discipline ourselves to cooperate.

The civil/human rights mania of the past couple centuries shows us what the crowd fears. It fears having a purpose. Without a purpose, every person can pursue their own (usually illusory) desires; they invariably do this at the expense of the needs of civilization.

Egalitarians have controlled our society since the end of WW1. They use the free market to produce value, tax it to provide a socialist entitlements state, and use the media instead of government to smash unbelievers.

They heavily promote civil liberties, human rights, and civil rights as a means of making individualism the only legally-protected theory, which allows people to behave like monkeys and the only ones who get punished are those who demand social order, which requires an order above that of the individual and therefore is taboo to individualists.

Egalitarians love this arrangement because they always push against standards, since standards lead to some people coming up shorter than others and therefore natural hierarchies, a condition which egalitarianism inherently opposes.

In the modern West, we see how crowdism works. Instead of having a centralized government do everything, we have the opinion of a mob, cult, gang, or clique-like group within our society that demands egalitarianism in all situations.

This group then infiltrates science, government, media, and academia, and each egalitarian advances the agenda separately there. They require constant signals from the mothership, which is why egalitarians kick around “talking points” or instructions on how to use the issues of the day to argue for more egalitarianism.

To them, it is a social event. They want a reason to appear superior to people who are in fact superior to them in natural ability, so egalitarians go to war against the idea of natural ability. This is why they demand equality, or rejection of differences in ability.

As a result, there is no tangible enemy. We have no group that we can defeat. There is only the mental virus of equality, spurred on by the defensive individualism of those who feel that they should be more important than they rightfully are.

Our only hope of defeating this lies with the idea of civilizationism, or changing our focus from the individual to civilization. With that, we have a goal again; with a goal, we can reject selfish behaviors and reward productive ones.

For this reason it is important that — while conservatives may defend methods like faith, free markets, and liberties — we do not let those methods overshadow our goal. In the end, we want civilization, and no method is free of criticism or limitation if it impedes that goal.