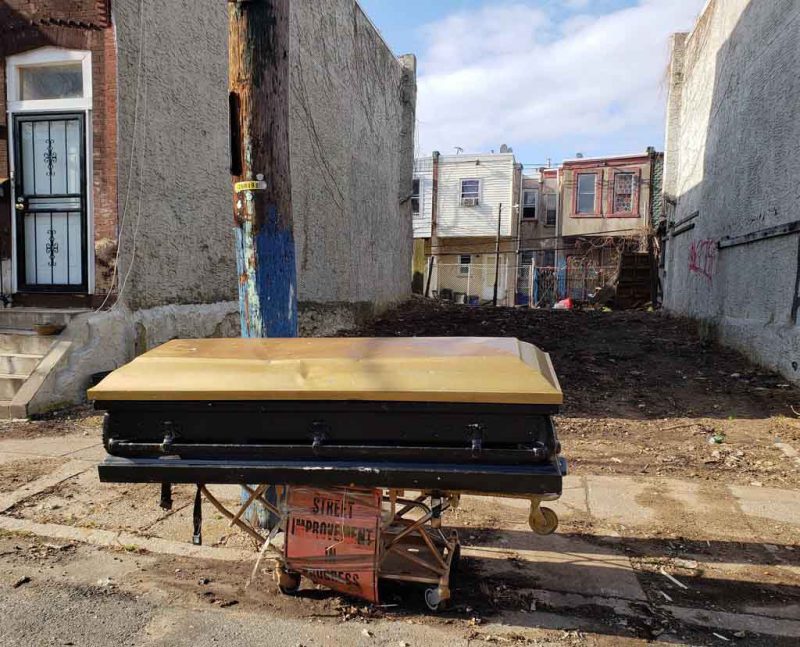 Our entire modern world makes sense if you imagine it being dictated by a kindergarten teacher who simply wants to smooth over every conflict so that she looks good to the principal, parents, and her peers.

“Oh, no, you don’t have to do it that,” she says with exaggerated patience and empathy. “Although Johnny punched you in the face, you want to be the bigger person. Apologize and back away, because that way, there is no violence.”

She wants everything to look orderly, not to arrive at any results. What does she care? She presides over a factory that churns out students who are presented the same material and tested on how well they have memorized it. Her career is her future.

Since she desires order above all else, even getting to the “right” answer in any conflict, she will always punish the strong. If you are smarter than Johnny, it is your job not to punch him back in the face, because he is an idiot and you should know better.

Besides, fights in class make her look bad. They probably keep statistics on that in the head office.

Your modern kindergarten teacher does not care who is right because she needs The Process to continue. That means more activities, more memorization, and more testing to find those who are obedient and mentally active enough to be useful to The System.

Anything else you have been told about your teachers, bosses, doctors, academics, scientists, journalists, or politicians is wholly fake. They are there to advance their careers. This means obeying The Process, and smoothing over any disagreements.

When there is a conflict, your teacher-nanny looks at it this way: how do I resolve this so that I am at the least amount of risk? Johnny will not stop hitting kids because he is a moron, so she will lean on you.

You have something at stake, after all. As someone smarter than Johnny, you are not guaranteed to be heading off to the cell phone store, tire warehouse, hipster bar, or paper-punching clerkship. Therefore, you have more to lose and therefore, she can control you.

Governments work the same way. They do what is least risk for them, and since some populations are never going to change, they take it out of those who have something to lose. The strong pay for the weak, always.

Over time, this means that the weak eat the strong, but that does not affect the careers of the people who put those policies in play. They are in their retirement homes already, celebrating long and “successful” careers. They got promoted; they got paid.

That “weak eating the strong thing” (as opposed to the strong restraining the weak) defines modernity because our civilization is based in The Enlightenment™ and the ideas that led up to, coalescing into a notion that the individual was the largest unit within society.

All those cultures, heritages, castes, roles, apprenticeships, customs, beliefs, habits, enjoyments, families, hierarchies, and social orders were broken down. Instead, we have a vast herd, each member in which sees only his career, his desires, his power and control…

Unfortunately, this creates a psychology of victimhood and revenge. Society takes from the weak and gives to the strong, so you want to find some reason why you are weak, especially if you are not.

For this reason, diversity creates constant resentment. As Nietzsche noted, someone must be the slave and someone the master, and they need each other. The one who whips then becomes guilty and the roles reverse. Over and over again.

We can see this in action as white innocence brings out minority racial resentment following the Covington incident:

But now that all of the facts have surfaced, it is now clear to me that you were part of a live-action, true-to-scale diorama depicting the actions of white men at most protests for justice, equality or freedom. In fact, I think you should be applauded for your patience and acting ability.

Maybe you were just showing how white racists intimidated people during the civil rights era. At least you didn’t spit on the protesters, as the white boys did to 6-year-old Ruby Bridges who integrated New Orleans’ schools. Because of the fire hazards, you probably couldn’t throw Molotov cocktails as your predecessors did when the Freedom Riders attempted to segregate buses. I bet you guys totally forgot to bring your baseball bats and ax handles so you could remind America how white boys cracked Congressman John Lewis’ skull during the 1965 “Bloody Sunday” voter registration march across the Edmund Pettus Bridge in Selma, Ala.

And in every single one of these cases — from the civil rights attacks to the native American genocide — the murderous, hate-filled white boys were never punished for their acts.

We can bypass whether he is factually correct, ignoring additional relevant facts, or construing ethnic resentment as “racism.” These are relevant, but not as relevant as the big fact here: egalitarianism creates both diversity and the victimhood/revenge cycle.

These arise inevitably from egalitarian thought. If people are equal or must be equal, this must apply to all people. It will not stop with mere class warfare, mere religious “tolerance,” or mere ethnic diversity. It will expand to racial diversity.

At that point, we confront the wisdom of nature. Societies are not diverse in nature; in fact, diversity means conquest and genocide. Not only that, societies are not equal, neither in vertical (abilities) or horizontal (preferences) measurements.

This means that the instant you step one toe in the river of diversity, you will be swept away by the current to a place of the worst of humanity: hatred, resentment, alienation, revenge, and fatalism as people conclude that the mess is too big to fix, so get your pile and get out.

Most people will be looking to spin this incident as “us good, them bad.” In reality, we should be looking at whether diversity makes any sense at all, and look at getting out now before things get worse. They surely will.