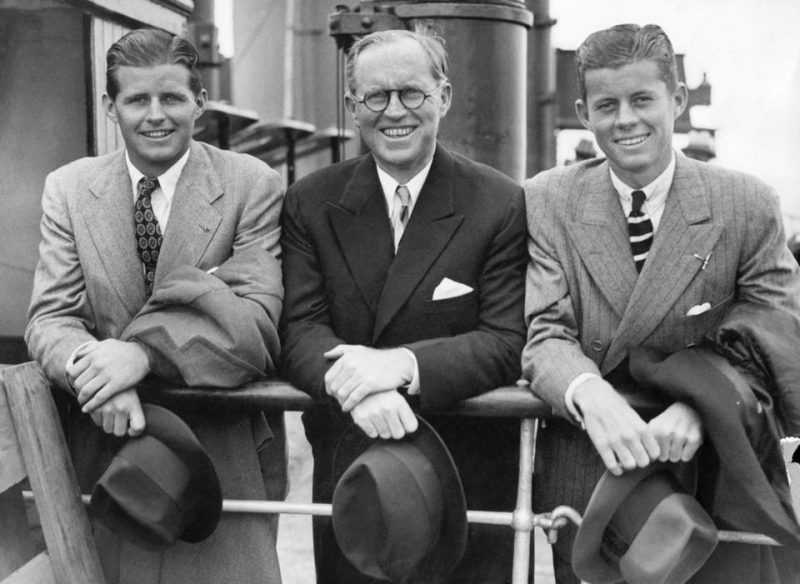 The last time The Five-Sided Puzzle Palace produced a scholarly analysis of China’s military potential, I was left convinced that the PLA would be the one that left still breathing if both we and the Chinese ever entered The Thunderdome.

Since then, The Obama Regime has gone down like a junky cosmonaut and our democratic overlords have perhaps hired a more intelligent and capable division of scholarly political suck-ups to evaluate the fighting forces of our potential future enemies. A recent evaluation of the Chinese Military sheds some light on how and why President Trump was able to deal with Kim Jong Il as if he were a self-besotted, yet sane despot, rather than a slightly more articulate and perspicacious version of Alexandra Ocasio-Cortez.

Kim Jong Il doesn’t just scare the US, Japan and South Korea. He and his hermit kingdom have become to China what Audrey II was to the nerdy Seymour Krelborn. The Chinese are increasingly concerned that the US Second Infantry Division combined with the South Korean military would deny Audrey the ability to eat any Seoul Food. This would make Audrey and her several million cute, little seedlings look elsewhere for their next meal. China doesn’t seem to think they have anywhere near enough Kung Pao Duck on hand to feed this sort of a massive influx.

Kim Jung Il’s misfortune here stems from the fact that China isn’t ruled by anyone nearly as Beta Male as Seymour Krelborn. The Chinese have a handy alliance with the North Koreans which gives them vast amounts of intel and power over North Korea’s Western Frontier. The have decades of plans and operational experience in crossing over the border in force to counter the perpetually looming American invasion of North Korea. According to our scholars in The Puzzle Palace, the North Koreans may have a bigger problem with who they’ve chosen to defend them from us than they would ever have had with Uncle Sam’s Misguided Children over in Okinawa.

Beijing also could use a 1961 defense agreement with Pyongyang as a justification for an invasion, but the report said China’s willingness to intervene to defend the regime of North Korean leader Kim Jong-un is unclear. If China does attack North Korea, forces from the Northern Theater, formerly the Shenyang military region, would be deployed.

Three group armies in the China’s Northern Theater contain about 170,000 troops, a naval fleet, two air force bases, one air support division, two naval aviation divisions, and People’s Armed Police (PAP) units that are used to conduct border defense operations. Other forces would be called on from other Chinese theaters to support an invasion.

So the PLA shows us the typical dedication that Leftists normally display for International Socialism. They love it on some other sucker’s expense account. It sucks when they get the check. Hence the carefully orchestrated appropriation of an old Bill Cosby comedy gag. If the US/South Korean alliance ever blew on through the DMZ and made for Pyongyang hell bent for leather, the Chinese Army may well make like a soccer goalie and kick the North Korean war refugees right back into play.

Perhaps Chinese paranoia over mass immigration from an economically destitute socialist nation is informed by recent events that have befallen Brazil. Brazil has ninety-nine problems. Unfortunately from them, this list includes their excremental neighbors. The primary problem here is Venezuela. In particular, the problem is Venezuela’s willfull and complete failure to adequately provide for the sustenance for their people.

Maybe you have looked at a large gaggle of Amerikan women and felt like yelling “Thar she blows!” or “Rattle, rattle! Here come the cattle.” Fear not, Young Horatio, there is hope. We can arrange a cultural exchange with Presidente Maduro. The calories will not just be burned. They will be Holodomored! Venezuelans have been involuntarily slimming down by about ten pounds a year. I’d look better after an extended vacation there as well. But what then happens when you have nothing left lose. They don’t actually fade away to nothing. They leave. This is Brazil’s misfortune.

Brazil isn’t in the mood to fix them up with a cheeseburger. Instead, they view them as an undeserved burden. They are sorry for these people’s misfortune. They are sorry these people are trying to be good socialists and share this misfortune with Brazil. They have therefore arranged a welcoming party. Dr. Eloi Martins Senhoras states the obvious in a polite and diplomatic fashion.

“With measures like the border closure, Roraima wants to pressure the federal government into reacting,” said Eloi Martins Senhoras, an international relations professor at the Federal University of Roraima. “The state doesn’t have the economic means to welcome all these migrants and refugees in a sustainable manner.”

So this local government has sought to make the Central Government do its job. I wish them luck. Other people inundated by the skinny and hungry dialectical materialists have decided to employ some creative capitalism. They just collect them and trade them with their friends. Isn’t Libertarianism a blast!

For thousands of Venezuelan refugees in Brazil, the road to relief runs through an isolated state where ranchers, miners and traffickers exploit desperate migrants in conditions akin to slavery. Brazilian officials who look the other way can make no claim to be battling corruption and impunity. Since 2017, the political crisis, the humanitarian crisis and hyperinflation in Venezuela have spurred an exodus of historic proportions. More than four million Venezuelans have fled the country, seeking relief from food and medicine shortages under the oppressive rule of Nicolás Maduro. For the Venezuelans escaping to Brazil — more than 50,000 so far — there is usually only one way in: the BR-174 highway, a desolate, 600-mile road that cuts through some of the most remote territory in South America, where profiteers trump the rule of law.

So frontier capitalism really does feature man’s inhumanity to man. Even though there is no such thing as a free lunch, these exploited and desperate refugees can at least scrape together an edible lunch. Which puts the Slavertarians at least two rungs above the Marxists on the ladder of decent humanity. They also have figured out how to reduce their budget over at the Brazilian Justice Department. Elect a president who is already in jail. Do that over here, and both Mueller and Rosenpenis would be receiving their EBT Card plus-ups once a month. But a corrupt and nearly ungovernable nation is going to have people figuring out their own special way to handle unwanted mass visitation. The gallows will rise over the public square in several Brazilian frontier towns.

This brief tour of how other nations handle mass immigration should inform the Amerikan Voter. You can’t exactly call Brazilians racist for not welcoming foreigners. Say what you will about Mudsharking, Oil-Drilling or any other form of Swirling; but you can’t deny Brazil has more races and hybridized versions of races than any other human biological experiment ever conducted. They’d have to figure out what race they think they are before they could effectively organize a policy of bigotry. So we have to ascribe a different motive for this outrage over the influx of foreign refugees.

I’ll go with something further down Mazlow’s Hierarchy than race patriotism. We’re talking scared and desperate people fighting for the survival of their nation and communities. Maybe if Amerikans took a more basic look at the recent consequences of immigration into our country, our mind would change. Perhaps the fates of Mollie “12-12-12” Tibbets and Kate Steinle are only outliers because we had not reached a large enough critical mass of these invaders to make the probability of this happening high enough for it to become “the price of living in an urban area.”

Maybe we should drop our own soothing delusions of adequacy and understand that American Exceptionalism is not a “Get Out Of Stupid Free” Card. In fact there is no such thing as the stupid Cuck Conservative concept of American Exceptionalism. The laws of physics, human psychology, economics and of God work the same damn way here that they do in every other country in the world. Then we could learn from both Brazil and China what mass immigration really and truly is. It is an invasion. We stop cucking and keep it out, or we go the way of Rome in 476 AD. That is all.