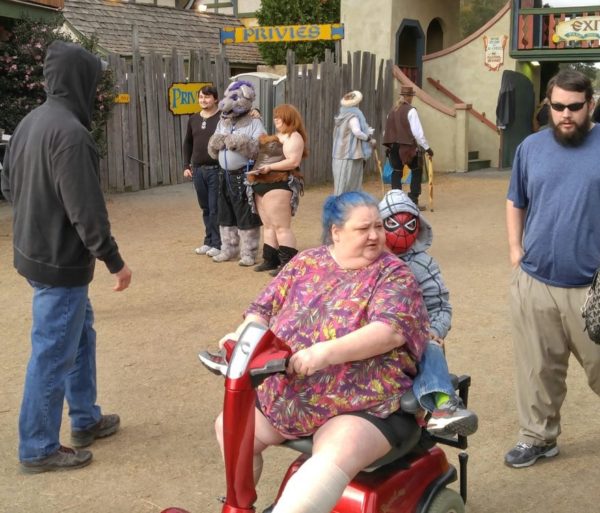 I. Children are the Future

As with most slogans that are thrown around nowadays, the idea that “the children are our future” is understood in all its implications by a tiny minority only; the rest not takes it as a pretty-sounding phrase unblinkingly, as a rule and expecting someone else to lead them or do something about it. This is no different than with other things, except that, in modern times common people not only want to be told what they should do, but they also want to have their “rights” (whatever they feel they are entitled to, which more often than not is caprice).

In the West, children are thought as little new automatons who must be indoctrinated in the right way, as per the myth of the blank slate and equality, so that they grow up knowing how to self-indulge in the proper ways. Freedom is not so much a reality as an afterthought and a fantasy dangled in front of everyone long enough so as to entrance them, only to then continue to ask for subservience. So is the child reared with the concepts of liberty, free will and conscientiousness while he is taught to be afraid of nature and to run into the arms of social norms made specially to nurture and foster delusions.

In the East, children are thought as beasts of burden for their parents, their ancestors and society as a whole. Fetishists of the Far East will often look upon this as wisdom, when in practice what it really means is the perpetual enslavement of humanity in the service of the ideology of civilization and order: a metaphysical and cultural totalitarianism. Rest is reserved only for those who have done their duty, and it may only be truly found in old age after a person has gone through a life of unblinking and mindless toiling in terror of not having enough for old age. Some may say something similar happens in the West, but they know little of how intense and to what degree this permeates Far Eastern culture.

In truth, children should thought as neither little automatons to be programmed or as the workers that should maintain the delusions of society. They are neither the means to the future nor the inhabitants of said future, but rather the future itself. It all may sound like a lot of meaningless word-flinging, but when thinking about each of these concepts, the reader will find that they imply very different things. Furthermore, when seen under a holistic light that examines the causes of problems beyond the sphere of human social concerns, considering children as the future in themselves moves us away from ideology and into a more open-minded problem solving mode that sees them as part of larger natural system on which they are dependent as inhabitants and not as owners with “rights.”

The Family as a Means to Happiness

One of the greatest tragedies of modern thought is the ignorant, egocentric and solipsistic idea that the highest good for a human being is the search for happiness above anything else. The only condition is that the person should not directly cause any harm to any other human being (animals do not matter to these people, in general, or the rest of the planet so long as they can keep extracting what they want from it); I say “directly” because such people refuse to see beyond their noses when considering the impact of their decisions over the natural system as a whole. Who cares if society as a whole has already burdened the planet to the extreme with an overpopulation asking for more and more, I still have the right to create more human beings because that will make me happy, right?

The capricious production of children to fill ego voids creates adverse situations in an era when humans have shielded themselves from the ways nature has of controlling population. These impede the ideal or proper rearing of children themselves, bringing them to an overcrowded and unnatural world to live in the temporal comfort and delusion of modern human urban life. Not is life lived by and for material things that do not matter, but the real, the universe itself, is regularly ignored or thought of as a background to the ‘reality’ of human self-absorbed consumption and comfort at the expense of everything else.

What is worse, the stupidity of the de facto “right to reproduction” has gone so far as to tacitly encourage the spread and proliferation of genetic defects. To be fair, this is one of the side-effects of civilization itself as it shields humans from the consequences of poor breeding and excessive survival. You can see, for instance, the degenerate state of the general Chinese population that probably comes as a result of too-long a time as a surviving civilization: what in the West are considered genetic defects (limbs of considerably different lengths, cross-eyes and considerable impairment of eyesight, and more) are the norm among the Chinese.

Civilization in its softening aspects and Crowdism is entirely to blame, and only a drastically more conscientious approach to how we handle our long mis-used power can make for it.

The family as the nucleus of human society must have a transcendental goal whose focus must be the holistic health of all. That is, none of the reasons why it is started or why rules are implemented should be separate from a consideration of their ultimate effect in the long run; this probably requires a wise leader to be in charge, and a certain degree of empirical knowledge of psychology and biology.

Tradition as a Means of Conscious Evolution

In the interest of pushing forth an idea that is both new, and yet old as well, we can propose a way of treating the family, children, nurture and heredity that may yield better results than the blind goose chase for “happiness” has shown. Having understood that forming families is not without heavy consequence in the environment, the community and the future of the human world as a whole, anyone with the courage and interest in striving towards the better should acknowledge the need for some manner of control, even if the words “breeding” and “eugenics” are too emotionally charged for them at this time.

Setting the bases for a Tradition or culture for a new human being, we could start by saying that whatever the teachings are, they should be taught but not pre-conditioned; brainwashing techniques have been the norm in many civilized societies, for it mangles and shapes the individual to the interests of that group, however arbitrary they are. We can see how individual enlightenment and improvement are always at odds with that way of imposing things, since they individual may have to invest a very long period of time de-programming itself before a journey of discovery and development can truly start â€” even if what is discovered is exactly the same that said tradition was attempting to teach.

Most of a community’s laws should be based on a cultural consensus rather than a Federal kind of set of statutes; the group should be allowed to shape its views on all kinds of sensitive subjects, while an Imperial force should, if in existence, regulate grander issues pertaining the long-view of things and to function as a spiritual reference that moves little through time (such was the original meaning and function of Imperium, rather than an “ancient Federal state”).

Another key aspect that should form an integral part of our new way of guiding human beings in a new era should be a realist awareness about ecology and as human as both an animal and as a creature that has overstepped the boundaries of its natural past; which overstepping now places a heavy burden of responsibility over us, since we have in our hands the power of utterly destroying everything: ourselves and the rest of the biological systems on the planet.

What should be emphasized here is that the actual learning that matters for holistic purposes is that which is individually discovered; knowledge that is attained through experience and personal intellectual effort, rather than handed over as something to be accepted without questioning or as a formula, has an visible effect beyond the simple utility of that knowledge.

The present is a cultural teaching methodology that encourages the creation of opportunities for experiences early on in the life of a child, while at the same time leading them to seek guidance in a way that this teaching is not imposed.

There are several direct consequences which might be the cause of objection in the reader, the first of which may be the dangerous and perhaps apparently unstable nature of it all. A considerable portion of the individuals might never look for guidance, some out of a greater sense of independence and self-reliance, and the majority of these out of inadequacy and incompetence. The first would excel, and the second would be culled by our allowance of natural selection to play a role within our Tradition. Those who did seek advice would form a third group that may or may not succeed in following the advice and applying it in a successful way.

The aim of this kind of selection system is to create generations of individuals that are increasingly self-reliant and aware of both their place and relation to the species and to the wider biological and energetic spheres; individuals that are increasingly cooperative towards what is good (defined within a context and not dogmatically) out of conscientiousness and a natural tendency towards balance rather than out of superimposition and the fear-mongering.

The idea linked to this is that no matter how widely individually-discovered paths become, the most successful must ultimately converge in the larger scheme of things. If anyone points to the present system and conditions as relatively successful, we need only point out where the breeding style and energy consumption schemes in overpopulation of the present are taking us.

At the present and in the current state of affairs, the increasing dependency of individuals and communities on governments and environments that isolate them from a natural way of life (and thus less direct contact with the consequences of their actions), along with the further encouraging the breeding of even more dependent individuals while ostracizing those who seem too strong and independent, may lead only to a slow and smooth decadence akin to putrefaction in life and a death without resurrection.

Reddit Affirms SJW Double Standard: Doxing For Me, But Not For Thee | Jane Austen, Western Restorationist