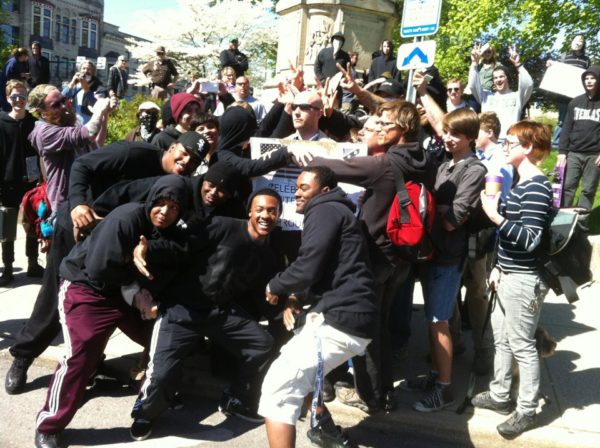 Safety paradoxically leads to intense vulnerability. A certain, acceptable level of risk toughens the hide enough to withstand the slings and arrows of cruel misfortune. Safety eventually leads to the false premise of invulnerability. It also gives rise to false delusions of power. On this point, Francois Marie Arouet who famously remarked “You are ruled by those who you are not allowed to criticize.”

In the hands of the devious, emboldened with cynicism, it becomes an exclusionary weapon. Create a BS right to safety (FDR’s Freedom from Fear, e.g.) and you can fight A Global War on Terror against anything the state decides makes it “afraid.” See the recent Canadian decision to limit speaking against Islam via “Blasphemy Laws.”

M-37, like its predecessor, demanded that lawmakers condemn “all forms of Islamophobia” and reaffirm “support for government efforts, through the Anti-Racism Directorate, to address and prevent systemic racism across government policy, programs and services”. Although these motions are not legally binding, extremists have already started demanding them as laws. There are, of course, no comparable motions against “Judeophobia” or “Christianophobia”.

The don’t feel “safe” you see, if other people say things that are Haram. Islam is not the only group, religion or movement to put limits on speech they find disconcerting or logically athwart their particular will to power. In the United States, we see LGBT organizations mimic the successful tactics used by Islamists in Canada. They are triggered by the 100% Gay-Free Chicken. It must be condemned as haram.

Some students at Pittsburghâ€™s Duquesne University live in â€œfearâ€ of the arrival of a Chick-fil-A fast-food restaurant to their collegeâ€™s food fair, Campus Reform reports. Itâ€™s not about the chicken sandwiches but the fact that the corporation had the temerity to support traditional marriage during the same-sex marriage debate. Now student senators at the university say they canâ€™t abide a Chick-fil-A location at their school and are trying to cancel plans for the restaurant to open in the fall.

Of course, none of this involves real or legitimate fear. It involves a particularly disingenuous application of learned helplessness. You can’t say mean things that scare people. We’re anti-bullying here in Amerika. Being mean is unAmerikan. This is yet another way of silencing the opposition. This is how the Cry-bully imposes Post-Modern Fascism under the guise of caring, compassionate Democracy. So Sodomize the weak the first time they claim to be triggered or need a safe space. It is the only way you will successfully maintain any measure of freedom with them around.